ToolGuyd > Power Tools > Cordless > Milwaukee M12 Fuel Multi-Head Drill
If you buy something through our links, ToolGuyd might earn an affiliate commission. 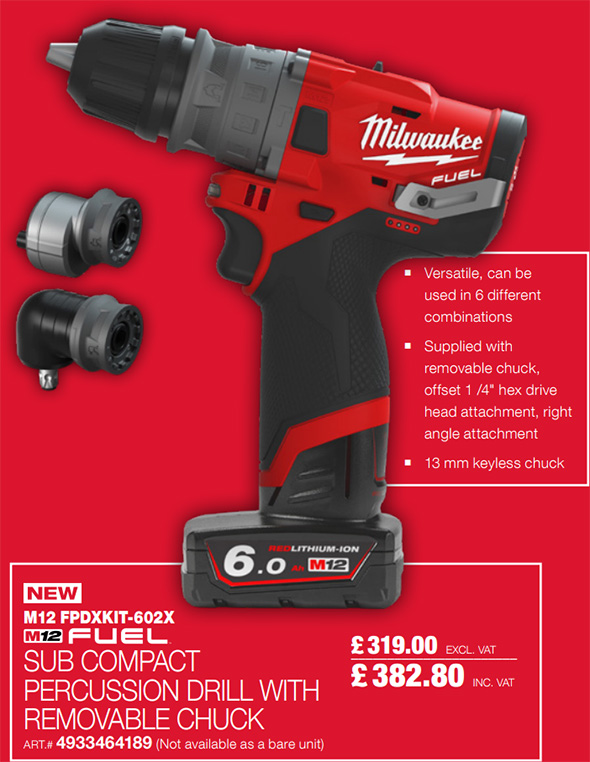 Have you ever started something, taken a break, and completely forgotten what you were doing? This must have happened to me, because according to this post’s time stamp, I started working on it 2 months ago. I must have taken a break after getting it started, forgetting all about it until I happened across it in my drafts folder this morning.

I don’t even remember what I wanted to say. All I saved the post with was the draft and the image shown here.

Milwaukee is coming out with an M12 Fuel multi-head attachment drill/driver, at least overseas. It looks like it’s still not out. I believe I grabbed this image from a Milwaukee catalog or flyer, but I can’t be certain.

Milwaukee came out with an M12 4-in-1 drill/driver back in 2014, but they have yet to release it in the USA. Now, there’s an M12 Fuel brushless version, but I’m not as excited as I should be. Wait. It’s a percussion drill. Or, as we’re more familiar – it’s a hammer drill. That’s new, I think.

So, it’s a new Milwaukee M12 Fuel modular multi-head hammer drill/driver. That seems useful. It comes with a 1/4″ bit holder, at least it’s presumed to, an offset 1/4″ hex bit holder, a drill chuck, and a right angle attachment.

They say the tool can be used in 6 different combinations. Let’s see if we can identify them all:

Another upgrade compared to the previous version is that this kit comes with two 6.0Ah XC battery packs. 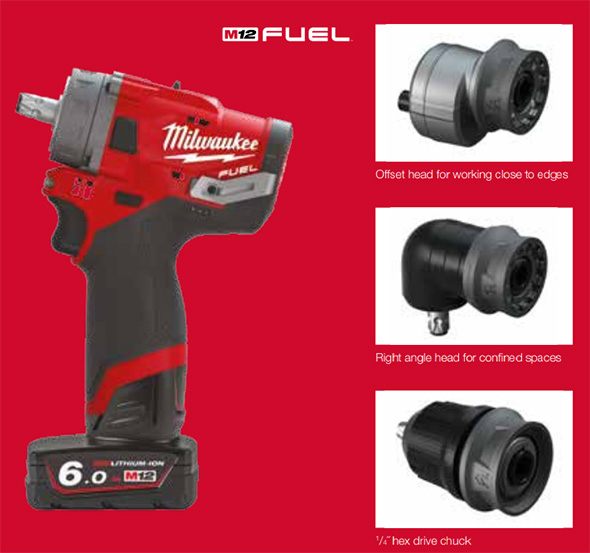 Maybe it’s my imagination, but my excitement for the tool seems to be coming back. So is my disappointment in how unlikely it will be for us to see this model released here in the USA. The tool and its attachments should still work with M12 Li-ion battery packs from any region.

Tools like this are of interest here in the USA, but I don’t think many pro users have been clamoring for them. Bosch’s 12V Max FlexiClick seems to have been well received by users, and so maybe Milwaukee will be convinced enough to bring their versions to the USA as well.

Ignoring pricing considerations for a moment, would you buy something like this?