ToolGuyd > Power Tools > Cordless > Milwaukee Steps it Up with New M18 6.0Ah and 9.Ah Battery Packs
If you buy something through our links, ToolGuyd might earn an affiliate commission. 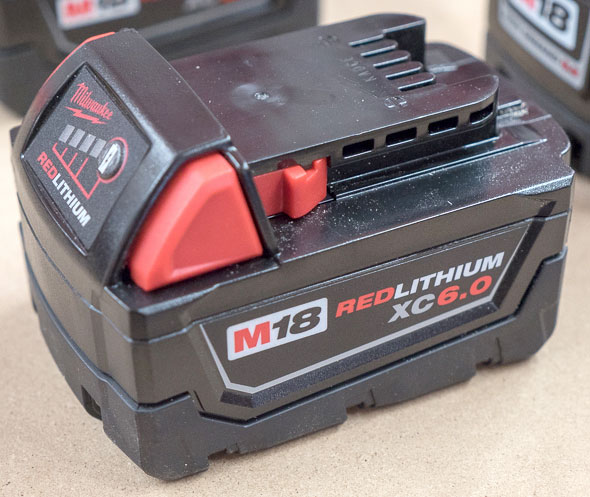 I attended Milwaukee’s new product event last week, and loved seeing all of the updates and features that were engineered into their new 2nd-generation M18 Fuel drills and 2nd-gen M18 Fuel impact driver and compact impact wrenches. There are a lot of finer details in my coverage of those products that you are unlikely to find anywhere else, so check out those links!

In the tour of Milwaukee’s headquarters, we stopped by “the battery lab.” It was an impressive sight, and I really wanted to wander away from the group to take a closer look at the test stations. Later, I was asked by a Milwaukee manager if I saw the “battery explosion” room, and I cried inside a little.

What I did notice at the battery test lab was that Milwaukee takes their battery testing very seriously. They were testing banks of their own batteries, and also banks of competitors’ batteries, with chargers, batteries, and connected load simulators (I’m assuming they had these) set to create as realistic battery cycling as you can get on a test bench.

Check out more of our New Milwaukee NPS 2015 Tool Coverage!

The new 6.0Ah battery pack is the same form factor as other M18 XC Li-ion battery packs, but with higher capacity. 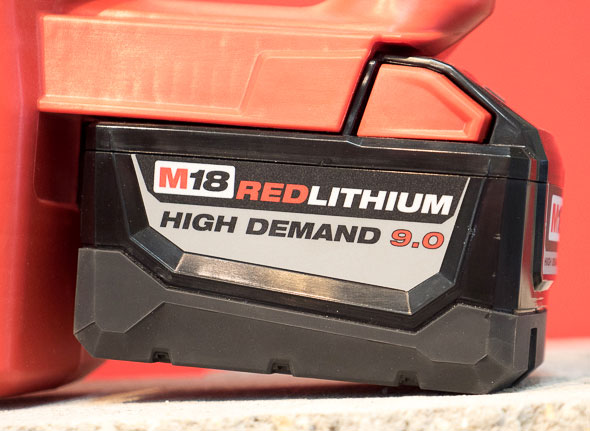 And then there’s their new monster of a 9.0Ah battery pack. The new High Demand battery pack is engineered to fuel heavy duty tools for longer. 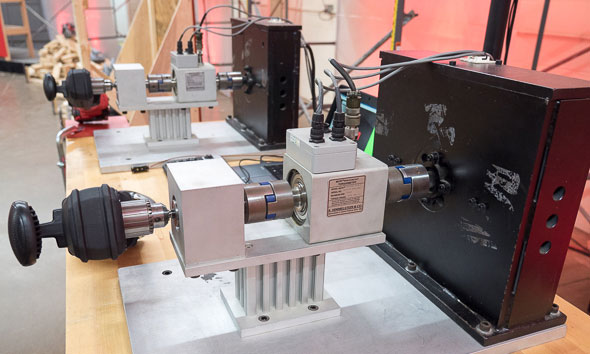 Well, in one test, involving two M18 Fuel Super Hawgs, the 9.0Ah outlasted the 5.0Ah battery by quite a bit. At one point, the 5.0Ah battery wasn’t out of juice, it had overheated, activating an auto-shutoff protection circuit.

If this is starting to get confusing, all you really need to know is that the 9.0Ah is bigger and longer-lasting.

Here’s how it compares to compact and XC battery packs.

The 9.0Ah battery pack is taller than the XC 6.0Ah battery pack, but not by as much as I had assumed it would. I believe the cells are staggered, making the battery pack a little longer. But that’s the tradeoff – it’s taller, but not a lot taller, and longer to make up for it. It’s the same width as all other M18 battery packs. 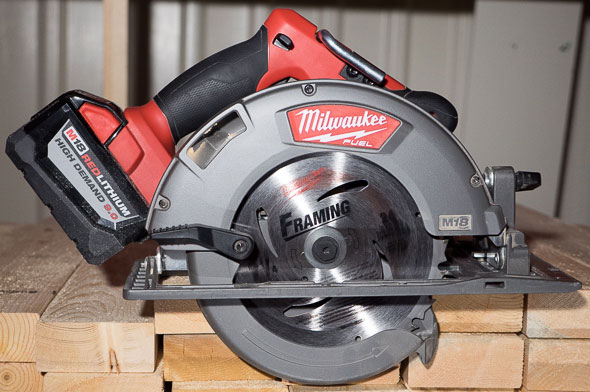 When the 9.0Ah battery is connected to a tool, you could hardly tell the difference. 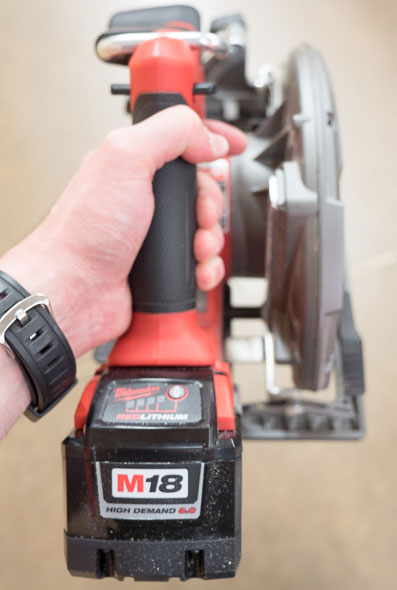 It sticks out and down a little further, but I think most users will simply get used to it. 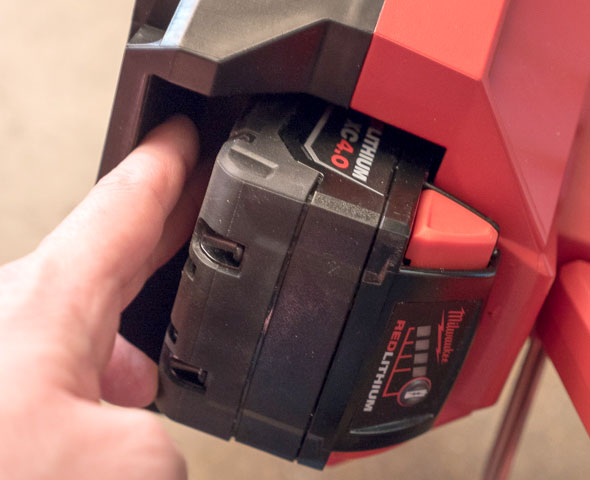 Some of the new M18 cordless tools and accessories that are coming out are being designed with the full range of battery form factors in mind. This image of the battery section of the LED tripod worklight, for instance, is sized to fit compact, XC, and High Demand battery packs. 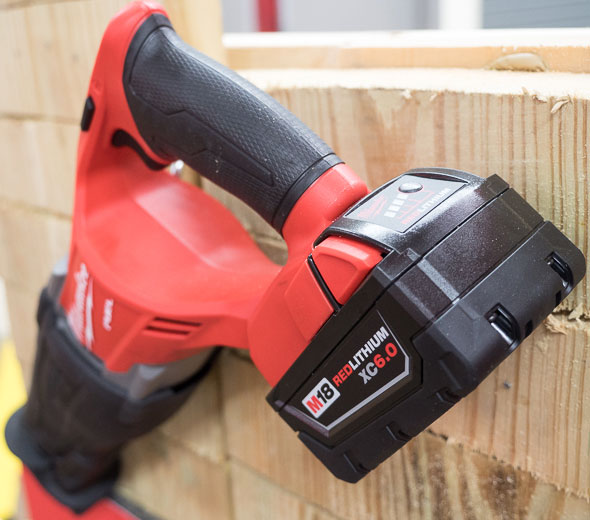 Back to the 6.0Ah form factor.

It doesn’t make much sense to upgrade from 5.0Ah to 6.0Ah packs, but if you have some 3.0Ah battery packs that are showing their age, which typically means reduced battery capacity, then these would be make for great replacements.

It remains to be seen how the 6.0Ah batteries will compare to the other XC battery packs that came before it. 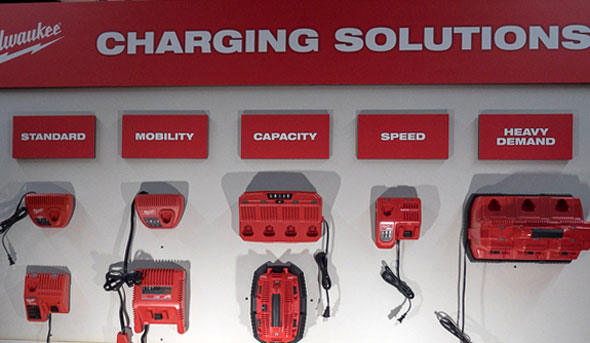 Higher capacity battery packs aren’t without their tradeoffs – the higher capacity, the longer the charging times.

If you recall, Milwaukee came out with a rapid charging battery station. Not only that, but a single-bay rapid charger is also on the way. I was off talking about the technical aspects of the battery pack designs, and so I missed the part where the new rapid multi-voltage charger was discussed. 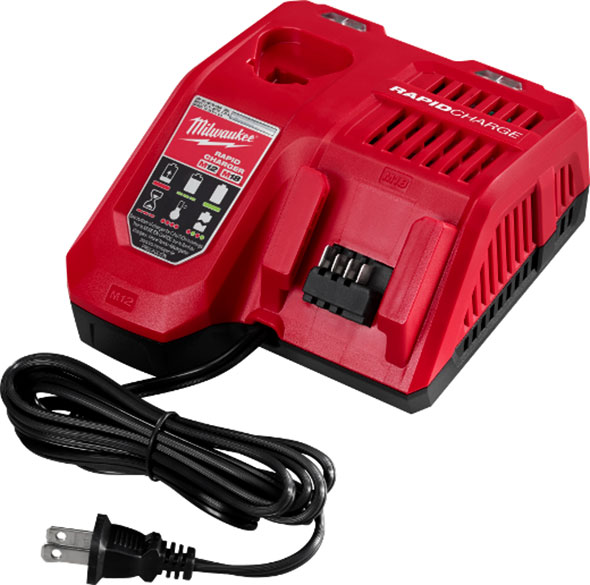 The new 48-59-1808 multi-voltage rapid charger can charge batteries up to 40% faster, and works with M12 and M18 Li-ion battery packs. We’re still waiting for some numbers regarding charging times, but were previously told that the rapid charging station can recharge an XC battery pack in 37 minutes.

So that makes sense – if a XC battery pack takes 60 mins to charge on a regular charger, it might take around 37 minutes on this one.

According to the manual, which I downloaded from Milwaukee, the charging circuit outputs 6.0A for 18V battery packs, and 4.0A for 12V battery packs. That’s A for amps, not Ah for amp-hours. The standard charger works

There are energy losses, and so charging time isn’t just battery capacity divided by charging rate. And so the 37-minute charging time probably corresponds to the 3.0Ah XC battery pack. Based on this info, I would guess that a 4.0Ah battery pack would recharge in maybe 48 minutes, and a 5.0Ah in 60 minutes, and a 6.0Ah in 72-75 minutes. A 9.0Ah battery might take 1 hour and 50 minutes to charge. These are just guesses, but based on Milwaukee’s claims and standard charging rates.

It’s nice to see a 6.0Ah option, for users that want the highest battery capacity in an XC form factor, and a 9.0Ah High Demand option for those who want or need the most runtime, period.

No, you’re not going to need to slap a 9.0Ah battery onto any of the new compact M18 Fuel impact tools, or one of the new 2nd-Gen M18 Fuel drills either. But a Super Hawg? A magnetic drill? LED tripod worklight? Super Max rotary hammer? Why not?

Potentially, Milwaukee might focus new extreme-duty tools around the new 9.0Ah High Demand battery pack. Their new miter saw that’s been teased about? It’s clear that Milwaukee isn’t bringing over the cordless miter saw that they released in Europe, but if they do, or design something else for the USA market, I’m sure it’ll be with the 9.0Ah battery in mind.

These are exciting new developments from Milwaukee, and I am even more excited to see how their competitors respond. With the new rapid charging technology, they are challenging one of Makita’s most significant 18V LXT selling points. And now that they’re bundling some of their premium M18 Fuel kits with 5.0Ah battery packs, they’re neutralizing Dewalt’s advantage of being the only brand to bundle certain kits with 5.0Ah batteries.