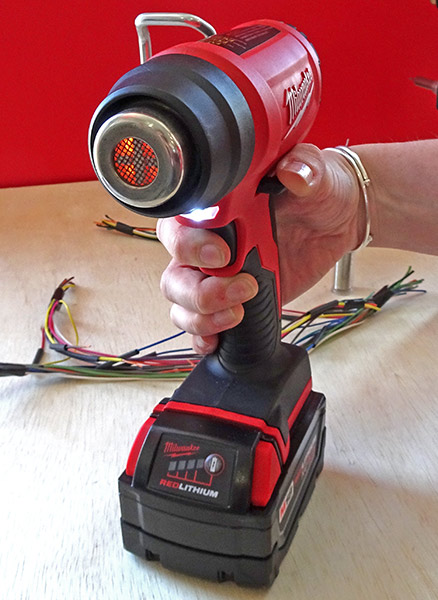 At NPS17, Milwaukee’s recent new product showing, one of the many surprises of the M12/M18 session was Milwaukee’s new M18 Compact Heat Gun. They are claiming it’s the world’s first 18V cordless heat gun, and from what we’ve seen, they’re right.

This is the world’s first 18V cordless heat gun, as there already are some other higher voltage battery-powered heat guns on the market, such as the Steinel BHG 360 – a 36V product. 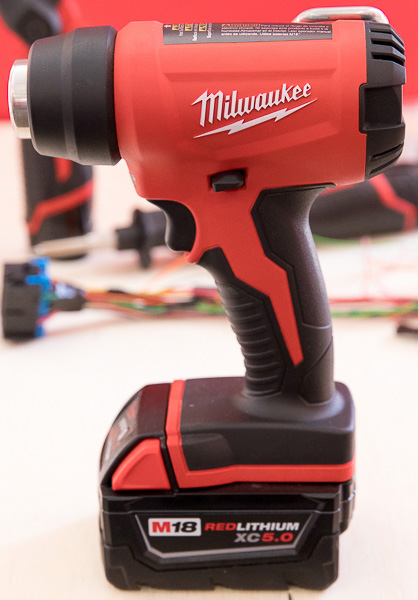 Milwaukee says that the new cordless heat gun could be used for setting heat shrink tubing, warming and fixing imperfect PEX connections made in colder ambient temperatures, defrosting pipes, and a lot of the other applications one would normally use a corded heat gun for.

Lets take a quick look at the specs:

Milwaukee redesigned the layout and heating coil to make the M18 compact heat gun smaller than their corded heat gun. Besides making it smaller, they claim the M18 heat gun heats up faster, in half the time of their corded heat gun, has the same max temperature of 1000°F, and can perform over 40 heat shrink connections on one battery charge. 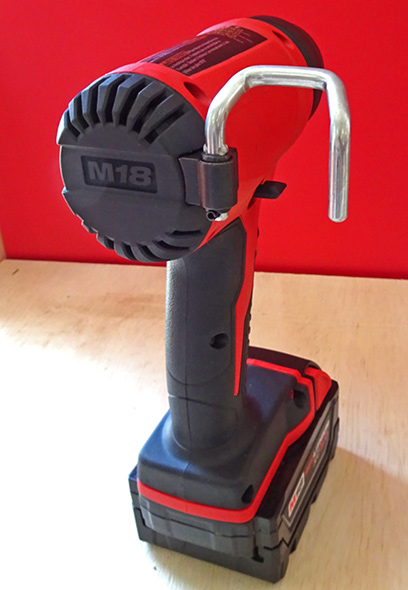 The compact heat gun will stand up on it’s battery, or you can hang it on the ladder hook. It also features a guarded nozzle that prevents the metal barrel from damaging surfaces if it gets knocked over.

Even with the guarded nozzle, they made sure the compact heat gun stayed compatible with their existing heat gun accessories. It can accept any of the attachments they sell for their corded heat guns. 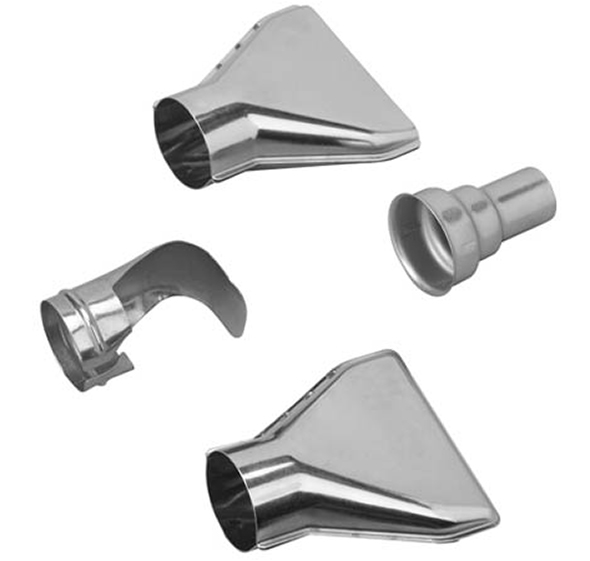 So the Milwaukee heat gun accessory assortment (49-80-0300) should work with the compact heat gun. The set includes:

The top and bottom attachment look pretty much the same from this angle. The top one is a spreader and the bottom is a deflector. Here’s a picture of the deflector. 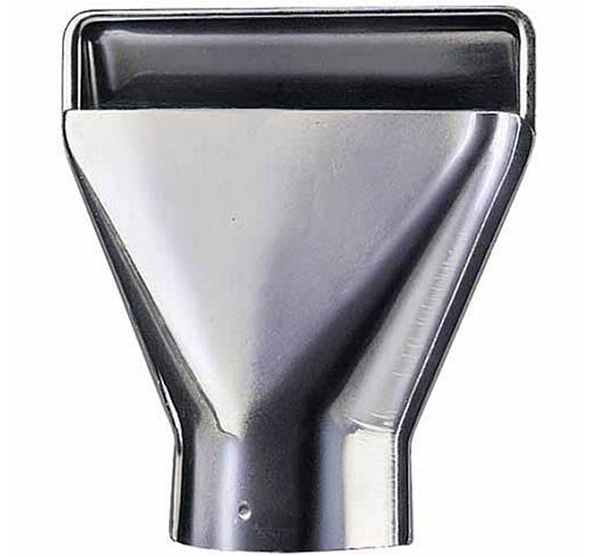 You can see that it’s designed to spread and redirect the heat. Its stated use is to “deflect the air away from glass when stripping paint or softening putty.” 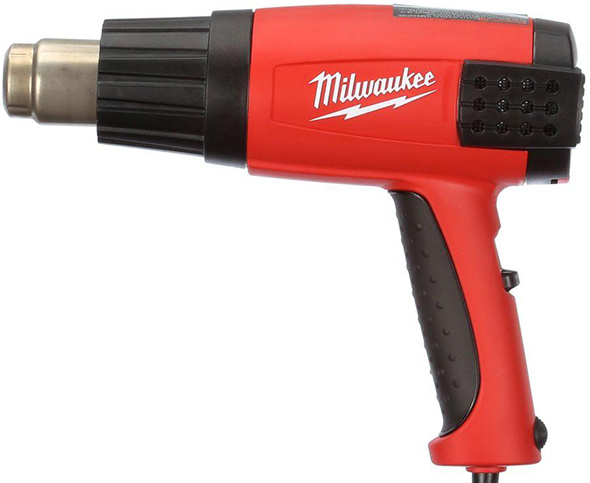 For comparison, above is a picture of Milwaukee’s variable temp heat gun with LCD. It is 11-1/2″ long and has a max temperature of 1150°F. Also notice how far the hot nozzle sticks out.

I emailed Milwaukee as I wrote this post to see if they had a price estimate, but my contact told me they wouldn’t release pricing until closer to the launch date. Given the nature of this type of tool, I think somewhere around $150 is probably a reasonable guess.

Stuart’s Note: I missed the presentation but managed to speak with a product manager later in the session. My notes say that the heat gun will be “<$150 bare”, but I don’t think it has been officially set yet. <$150 can mean $149.99, or it could potentially be less.

While I was impressed that I was using a cordless heat gun, when I used it on some heat shrink I noticed it seemed to take longer than I was used to with my corded heat gun. This could have been because the cordless gun had been sitting, cooling for a while, or it might be because they have to throttle back the output a bit to make the battery last.

Mind you this was only one test. I saw another reviewer use it to heat up PEX to the point where it was clear, so it obviously has some oomph. Although, I have to say – the stated over 40 heat shrink connections per charge makes me a little leery of how long it’ll actually last in the field.

Stuart’s Note: I pressed a little and was given a runtime estimate of around 20 minutes. I don’t know what criteria runtime might depend on.

I think the thing that excites me most about this cordless heat gun is that it can stand up on its battery. I hate having to constantly worry about where I put the heat gun down. Most heat guns I’ve used rest on the side and the tip. To make matters worse, you trip over the cord and the gun goes spinning around or you end up burning the cord insulation. With this cordless heat gun, even if you knock it over and it goes flying, the nozzle is still guarded.

My last thought is that this heat gun is only six-and-a-half inches long. Not only that, but it has an LED work light. This opens up whole new possibility of applying heat in cramped and dark areas where you couldn’t before.

*Thank you to David Frane for contributing photos to this post.

Sneak Peek: This is Every New Milwaukee Tool We Saw at NPS17