ToolGuyd > Power Tools > Cordless > Milwaukee M18 and M12 Vehicle Charger
If you buy something through our links, ToolGuyd might earn an affiliate commission. 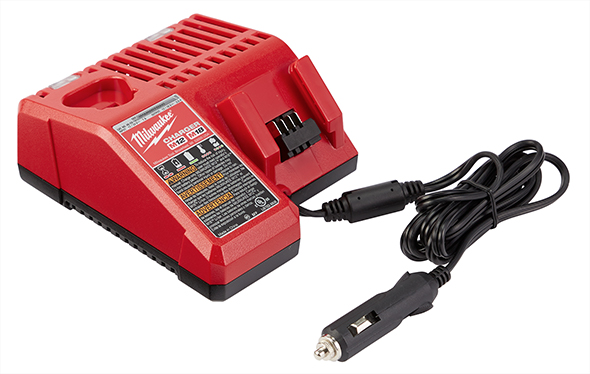 Milwaukee has come out with a new M18 and M12 multi-voltage charger that can be powered from a vehicle’s 12V charging port.

The charger has all the typical Milwaukee battery cell monitoring tech, and added sensors that monitor the voltage of your car battery. If the voltage from the vehicle charging port drops too low, the charger will shut down to prevent excessive discharge conditions.

The vehicle charger is a little slower than the standard charger, because of standard fuse configurations in most vehicles.

Is this something you would use, from Milwaukee or another cordless power tool brand? Or do you use something else for charging your battery packs on the go?