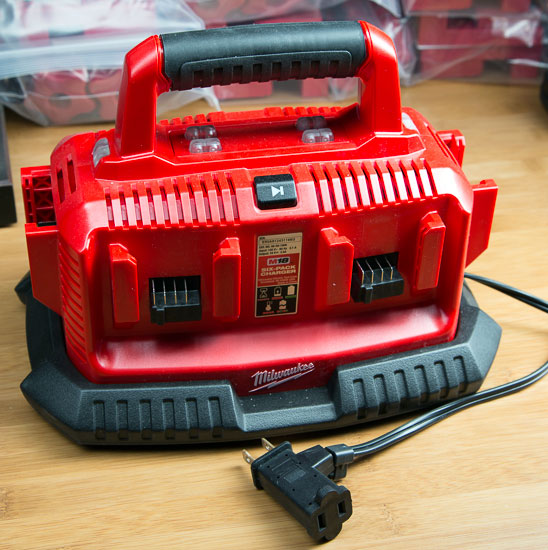 I want to talk a little about Milwaukee’s M18 six pack charger (48-59-1806). As mentioned in my preview, it’s a sequential charger, meaning it does not charge all six batteries at once. While ideally it would be great if it could charge up to six batteries at once, that’s not really possible for a charger of this size and price.

In theory I think the multi-battery charger is still a great product for tradesmen and professionals, and so I tried one out. 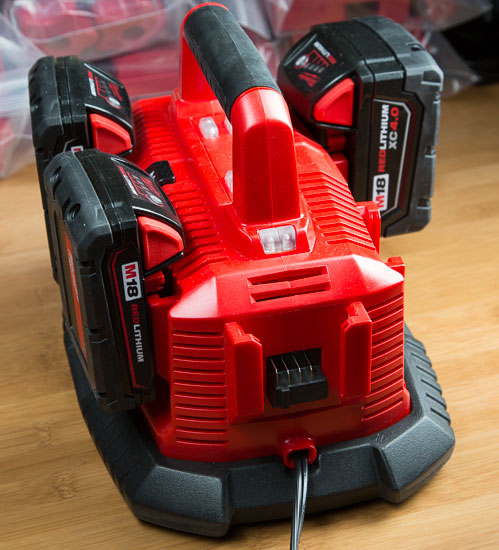 The six pack charger can handle up to six of Milwaukee’s M18 battery packs, any size. LEDs indicate which battery is being charged (solid red) and which are waiting their turn (blinking red).

If you have multiple batteries connected at once, you can skip around to select which one you want to be charging at that moment. Once charging is complete, the charger turns its attention to the next one. It will continue on a counter clockwise rotation until all the batteries are charged one by one. 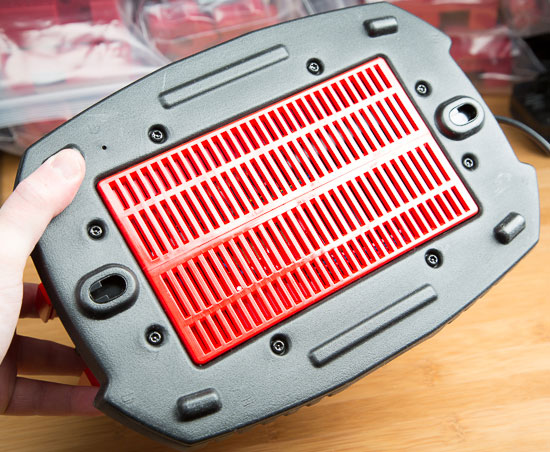 On the bottom of the charger there’s a vent and two screw keyhole slots for mounting the charger to the wall. 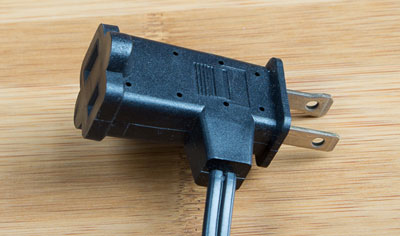 There’s even a pass-through plug so you can connect multiple chargers.

It has a comfortable carry handle, it’s not too large or bulky, and it works exactly as advertised. I would ask what more could you want, but I know the answer would be “simultaneous charging,” which isn’t going to happen anytime soon.

Recommended for: M18 users that want to charge multiple batteries (up to six) without having to babysit a standard charger.

Tradesmen and teams that use multiple M18 chargers at once can always daisy chain chargers so they have simultaneous and sequential charging.

Here’s a brief demo video where you can also get a feel for the charger’s size: