ToolGuyd > DealGuyd > Will the Milwaukee Packout Tool Box Deal at Home Depot Get Better for Black Friday 2019?
If you buy something through our links, ToolGuyd might earn an affiliate commission. 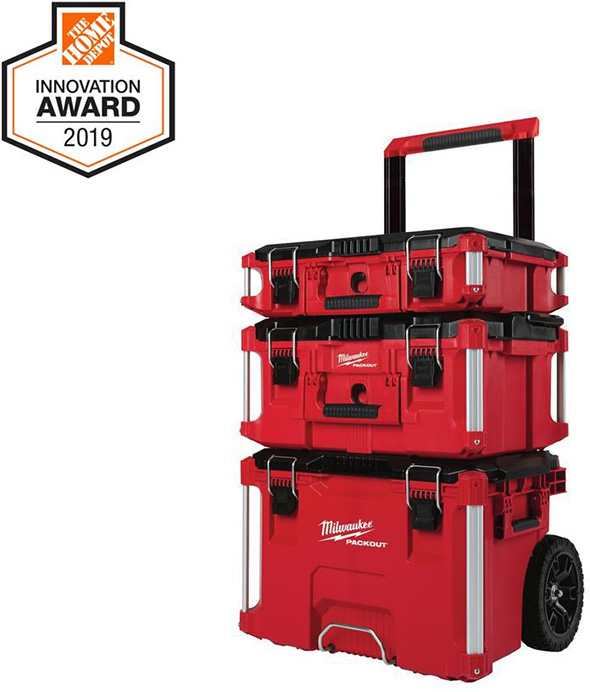 Home Depot has properly discounted the Milwaukee Packout tool box combo to $199, which is a great price for what you get. This is the we expected to see for this year’s holiday shopping season.

I’ve seen the same question a couple of times: will the deal get any better?

Home Depot has had Milwaukee Packout tool box deals for PRO Black Friday and the holiday season before. The price never dropped below $199.

Home Depot has had Ridgid Pro tool box deals for the holidays before, and also Dewalt ToughSystem tool box combo deals. Those deals were predictable and the deals never really changed.

This year, things are a little different in that Home Depot stores have a LOT more inventory than in previous years. Packout tool box combos were scarce the first year. Last year, supply had caught up to demand a little bit and it seems Milwaukee shipped a greater number to stores. Inventory still flew off the sales floors pretty quickly from what I saw.

So what’s going on this year?

There are two possibilities:

1) Home Depot and Milwaukee are anticipating strong demand and worked to ensure that stores are well-supplied with Packout combo kits.

2) There will be another price reduction, or some kind of bonus promo deal as a Black Friday Doorbuster or similar.

My local store is said to have more than 60 Packout tool box bundles in stock. I did not see 60 bundles at my store. There are maybe 8 out on the sales floor – a couple in the gift center and a couple in the main aisle with the other Pro Black Friday tool deals. There’s a chance that they’re the same combo stacks, but there’s also a (much smaller) chance that they have something extra inside them or attached to the top. Maybe? It’s really hard to say.

We won’t know for certain until Home Depot’s Black Friday sales flyer is released or makes its way online. Even then, it could be an unpublished deal.

Should you buy a Milwaukee Packout tool box combo now, or wait for Black Friday?

If you really want a Packout tool box combo, buy a stack and hold onto your receipt. If you’re on the fence, stay on the fence and see if the deal gets a little sweeter, but keep an eye on inventory levels at your local stores.

I’m hesitant to tell you to wait because inventories sold out so quickly in previous years. More people that want Packout tool boxes now have them, and stores have far more inventory than in previous years, so there’s less chance of this happening. Still, that’s why I recommend watching store inventory levels.

If I had to bet whether the deal gets better or not, I’d put my money down on “yes, it’ll get better somehow.” At the least, Home Depot has had $5 off coupons in the past, but that’s not really what I’m talking about.

If the choice was to buy now or risk missing out on the deal entirely, I would buy now and save my receipt. And if it got any better, I’d do a rebuy-return if the new promo was meaningfully different.

What you don’t want to do is think “the deal will definitely get better” and then watch as your store sells out at the $199 price. Due to reported supply levels and the number of stores and Milwaukee tool dealers participating in the promo, there’s a low chance of this, but it’s always a possibility.