ToolGuyd > Hand Tools > Layout & Measuring > New Milwaukee Tape Measures are Designed for General Contractors and Layout Work
If you buy something through our links, ToolGuyd might earn an affiliate commission. 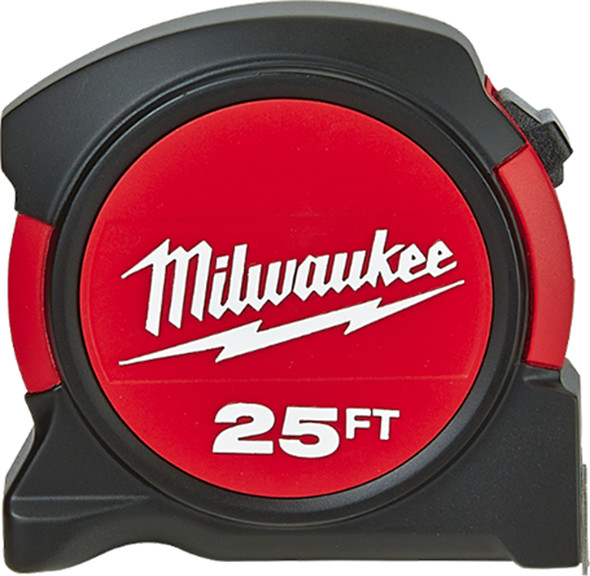 Milwaukee is coming out with a new line of tape measures for 2015 that they say was designed with general contractors in mind. The new tape measures are said to be optimized for layout applications.

Compared to Milwaukee’s existing line of tape measures, the new tapes have wider bases that increase their stability. This makes it easier to place the new tape measures onto flat surfaces with less chance that they will tip over or roll off when making measurements. 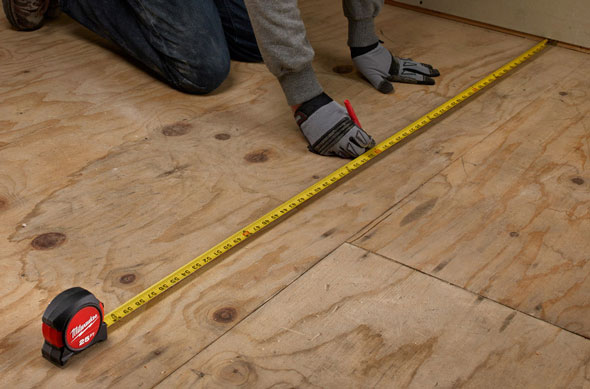 Additionally, the new tapes have a different hook design that is said to be better for scoring materials, such as drywall.

The new tapes will carry over numerous features from the initial designs, such proprietary nylon bond blade protection, a 5-point reinforced frame for increased drop protection and durability, and a wireform belt clip.

As with their other tape measures, Milwaukee says these will be the most durable tape measures in the industry.

As for whether the magnetic tape measures will stay or be replaced by these new ones, Milwaukee hints that the preceding ones will continue to be aimed at mechanical, plumbing, and electrical contractors, while the new ones will be aimed at general contractors and remodelers.

The new line will launch in February 2015 with two models – a 16′ tape and a 25′ tape, and additional sizes and styles will be released in following months.

Additional Models That are Coming Soon

It is worth pointing out that there are still special bundle packs available, although supplies are probably running low by now.

You cannot order these tapes yet, but they should be in stock by the time February rolls in.

The new tape measures have appeal to them, but I don’t think they’re going to cannibalize sales of the magnetic tape measures, or the non-magnetic first-generation tapes that are still somewhat difficult to find.

But the finger friction hold – that’s something I don’t want to give up. For quick measurements and adjustments, it’s far easier to use my finger to stop the tape than to lock it down with the slide lock. I don’t use this feature all the time, but it’s something I would miss.

I get it that these tapes are wider for increased stability, but wider also means bulkier.

As mentioned in our discussion of Tools of the Trade’s survey results, Stanley and Stanley FatMax are dominant players in the tape measure business. If you want to compete with them, you need to have like-priced options.

Although I’m not happy to see that these tapes lack the finger-hold feature, which was probably done to further improve flat surface stability, I like that Milwaukee carried over their nylon-bonded blade protection feature. The 5-point reinforced case design is also appreciated, although I’m pretty sure that tapes are damaged or broken more often than tape measure cases.

As I said, I can see the appeal of these new tapes, although I will probably stick with my Milwaukee magnetic tapes for most general purpose uses.