ToolGuyd > Hand Tools > Layout & Measuring > New Line of Milwaukee Tape Measures
If you buy something through our links, ToolGuyd might earn an affiliate commission. 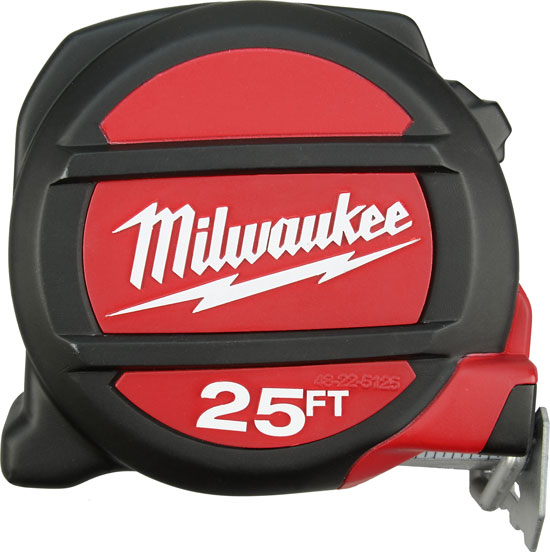 Milwaukee has come out with a new line of tape measures, which were initially released in waves. The new tapes are built with reinforced housings and strong protection against common jobsite debris and contaminants, with the result being tape measures that last 10x longer than the competition.

In all, there are (9) non-magnetic and (9) magnetic tape measures that are available in varying lengths, from 16′ to 35′ (inch), and 5 m to 10 m (metric). There are also several combination scale tape measures in these ranges.

The magnetic tape measures feature a secure dual magnet hook design that prevents roll-off when attaching to materials such as threaded rod, steel studs, and conduit.

Milwaukee kicked off the product line by introducing 2 tape measures in August of 2013, and followed up with 2 more in September, 8 more in November, and then 6 more in March of 2014.

This post has been updated after the last of the new tape measures have launched, and it has become clear that the 16-foot and 25-foot magnetic tape measures are most readily available. All of the new SKUs seem to be available at Home Depot, but the less common sizes and styles are only available online.

Be sure to check that “Other Sizes” link, as Home Depot occasionally offers special bonus packs that come with 2 tape measures for the price of one.

Also be sure to check out Milwaukee’s new lower-cost general purpose tape measures!

Update: These are darned fine tape measures. Check out our early comparison review, where we pit the Milwaukee 25-foot tape measure against Dewalt’s leading 25-foot model.

Milwaukee had a few tape measure prototypes at their 2012 media event, and according to my notes, they felt robust yet nicely shaped and with a solid-feeling lock. 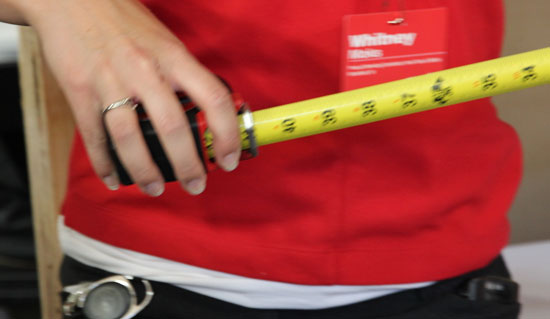 Although the photo is a bit blurry, it shows the guarded finger stop area quite clearly. It’s an interesting feature that I figure is nice to have, and it shouldn’t take anything away from users who don’t care to use it. 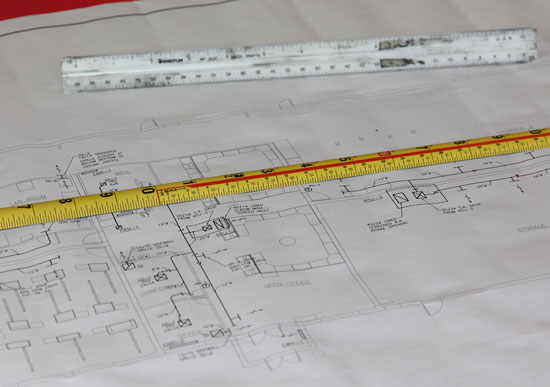 The blueprint scale is on the back of the blade, as well as vertical number markings that make it a little easier to read height measurements.

I should note that recent product images show that production samples have white blades, not yellow.

Overall I very optimistic about these tape measures. They look to be designed from the ground up for high durability, but also for high versatility and an improved user experience.