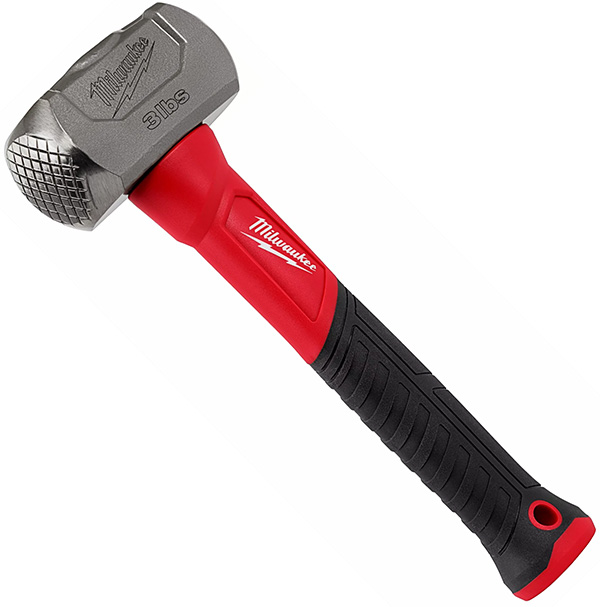 That’s definitely one of the best titles I’ve seen so far, but I digress.

I think the nail pullers and pry bars might be of strong reader interest, but found myself compelled to tackle a post on the drilling hammer first.

Drilling hammers are as fairly simply as hammers can be, but they’re also incredibly versatile.

But then, here’s Milwaukee advertising their new drilling hammer as a demo tool. I think that drilling hammers can be demo tools, but I use them more like a stubby and heavy-weight ball pein hammer, for driving larger chisels, punches, and other such things.

I think I would treat Milwaukee’s new drilling hammer as a sort of hybrid tool. 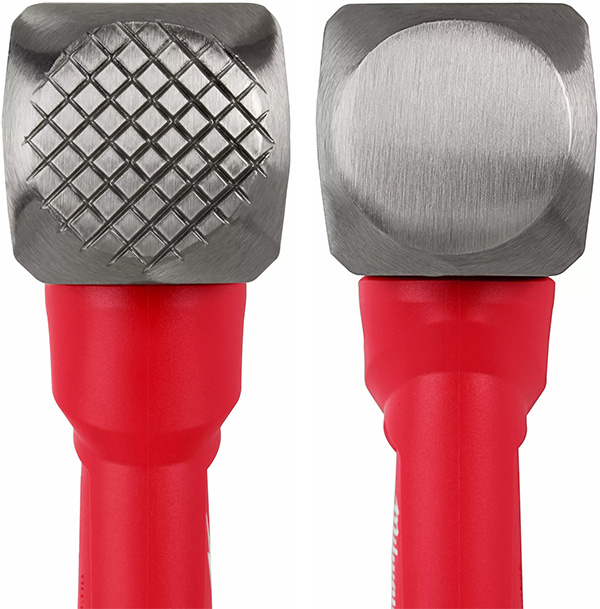 Milwaukee’s new drilling hammer has a milled face on one side, and a smooth face on the other.

The milled face is said to provide additional grip when striking chisels, punches, stakes, and spikes, helping to prevent slippage or misstrikes. The smooth face is better suited for general demo or driving tasks. 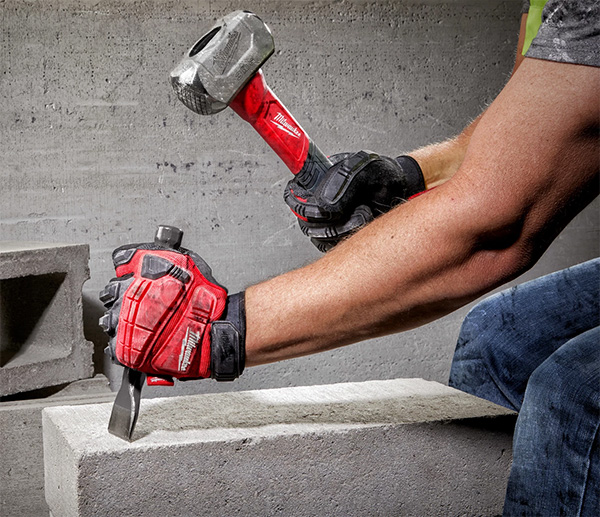 Milwaukee says the new design provides ultimate power and durabilty, and that the hammer is precision balanced and delivers forceful blows with less effort.

Additional features include a peel-resistant grip and tether-ready lanyard hole.

When I said that drilling hammers are as fairly simply as hammers could be, I meant that they’re basic in a “they’re boring and there’s not much to them” kind of way. Still, when you need one, I’m sure you’re glad to have one. I rarely use mine, but when I need it, there’s no easy substitute.

It has been more than 12 years since I bought my Stanley AntiVibe drilling hammer, and it practically looks brand new. I remember going back and fort for a while before settling on a drilling hammer vs. an engineer hammer, and Amazon temporarily dropping the price on a Stanley helped me decide on the brand.

If you want a steel-handled hammer, it’ll cost a bit more. Looking at competitive fiberglass-handled drilling hammers, Estwing has one for $16 at Amazon (linked above), and Gearwrench has one for $21.

The press materials list the new Milwaukee drilling hammer at $18, and Home Depot’s product page has it for $20.

Compared to the other fiberglass-handled drilling hammers I took a quick look at, Milwaukee’s has the added overstrike protection zone, the addition of a milled face on one side of the hammer head, and a tether-ready lanyard hole, while being in the same ballpack with respect to price.

It seems that the new Milwaukee drilling hammer is a little more thought-out than the competition, or at least a little more premium-designed.

The Milwaukee hammer also looks to have a greater taper at the end of the handle, and I wonder if this is directly related to the “precision balance” that they’re talking about, or if it’s just a hand-stop.

Looking at a couple of competitive options, why would I buy another brand’s offering over this new Milwaukee? At around the same price, the Milwaukee looks to deliver some extra features. I don’t know if I’d take advantage of the milled strike face, but it seems like it could be potentially useful.

To put it bluntly, Milwaukee’s new drilling hammer isn’t a game-changer, and it has hints of “me too” as they deepen their selection of general construction and demo tools. However, despite the subtle suggestion of this being a “me too” product, it has obvious competitive benefits. Do the Gearwrench or Estwing hammers have an overstrike zone? Do they have lanyard holes for securing the tool when working above? No and no. 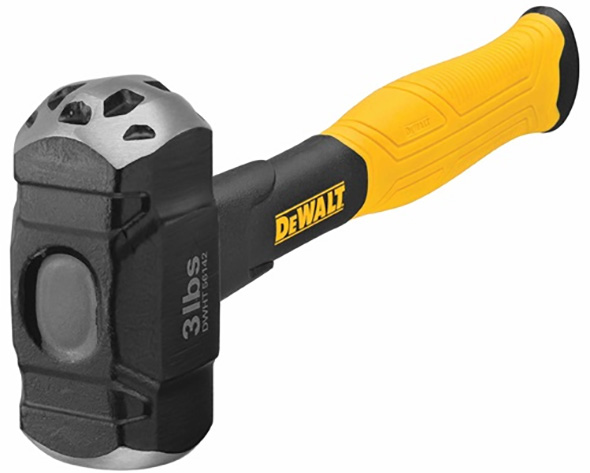 That Dewalt hammer is in the same $15 to $20 price range as the Milwaukee, and it similarly features a fiberglass handle with overstrike protection. It seems more oriented towards demolition work, described as a drilling sledge hammer with an aggressively pointed face on one side.

It might have been interesting to see how the two hammer styles compared, but Dewalt’s doesn’t seem to be widely available right now (anymore?). The Milwaukee looks more “traditionally designed,” if there is such a thing. I’d categorize or describe the Milwaukee as featuring improvements over existing tried-and-true models, with the Dewalt trying harder to be brand new.

That’s why the Milwaukee seems a little “me too” in nature, but this is a good thing. That it offers slight improvements with regard to features and geometry, rather than trying to be too new and different, makes it compelling.

If I were to buy a new drilling hammer today, I think I would narrow my choices down to either this fiberglass-handled Milwaukee, or Estwing’s steel-handled hammer. Fiskars also has a 3lb hammer ($35 and change via Amazon), but I don’t if it’s worth double the price.

Just a few years ago, Milwaukee entered the hand tool market with just a few offerings. Now, what don’t they offer?