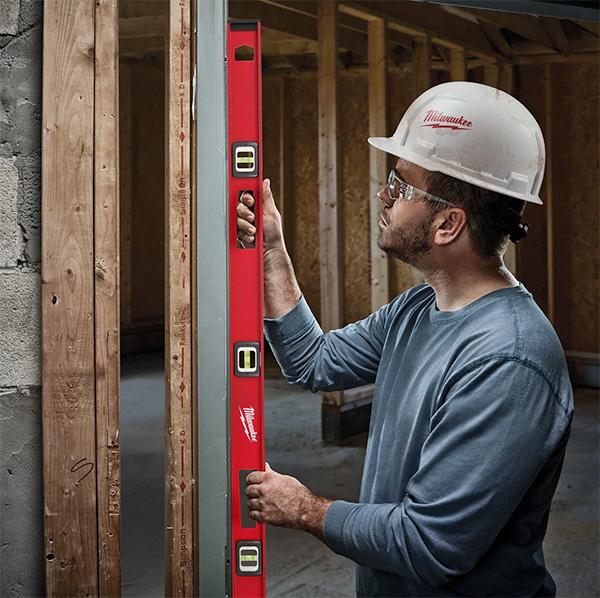 Milwaukee has announced that they will soon be coming out with 3 new USA-made magnetic I-beam levels.

The new levels feature an all-metal frame (red anodized aluminum) that Milwaukee says is stronger and built to withstand jobsite conditions, and an integrated pitch vial.

The pitch vial has 1° and 2° marks, for convenience when working on runoff applications.

The vials are set behind impact-resistant windows, protecting them from impact damage, debris, and fogging.

The new Milwaukee I-beam levels also have a magnetic edge, for holding to ferrous surfaces for hands-free use, and a top-read window at the center for easier overhead viewing.

Accuracy is said to be within 0.0005″ in all working positions.

The new levels will be available in 24″, 48″, and 78″ lengths, and Milwaukee says they are backed by a limited lifetime warranty.

As you might know, Milwaukee Tool acquired Empire Level several years ago, and has pumped money into the brand and their USA production facility. 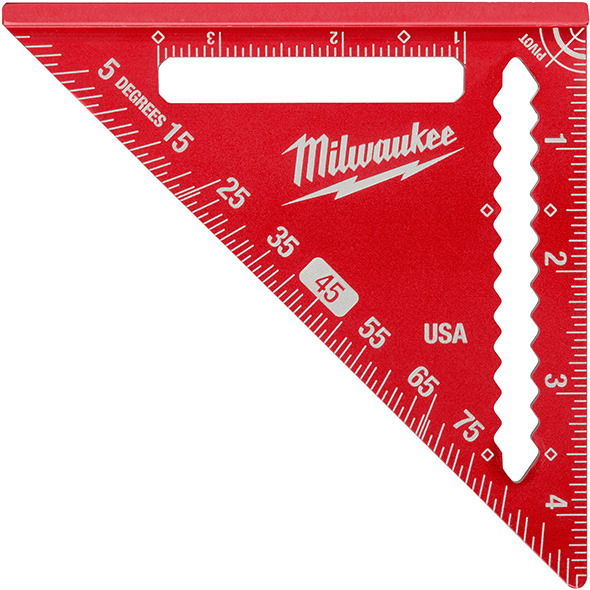 We have seen other new Milwaukee layout and measuring tools that seem to have been born from the Empire Level acquisition.

What’s interesting is that the new Milwaukee level looks to be an evolution of Empire’s professional magnetic heavy duty I-beam levels.

Compared to the Empire EM81.24, the new Milwaukee level looks to have the same profile shape, similar end caps (perhaps), and similar handle and hanging punch-outs.

If I had to guess, I would say that the vial housings have been beefed up a little.

Instead of one each of horizontal, vertical, and diagonal vials as with the Empire levels, the new Milwaukee levels have a single horizontal and two vertical vials. This isn’t unusual for I-beam and box levels.

There’s nothing revolutionary about Milwaukee’s new magnetic levels, but it’s still an important expansion for them. These new levels complement Milwaukee RedStick box levels, and come it at lower pricing. 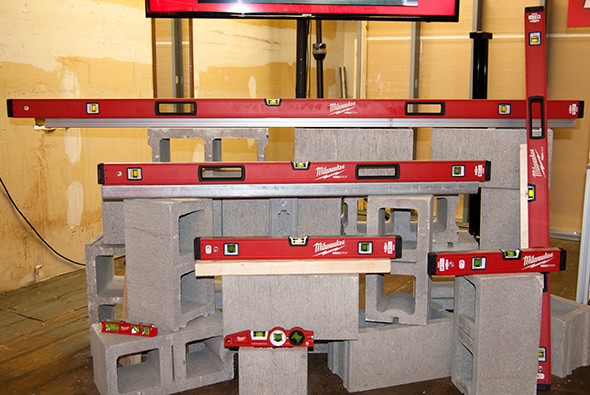 But, compared to 24″ RedStick box levels randing in price from $40 to $89 or so, the new 24″ I-Beam level is just $30. The are cheaper levels out there, but this is probably as far as Milwaukee is willing to go without sacrificing build quality or branding image.

When Milwaukee first came out with their new levels, seemingly building upon Empire Level know-how and capabilities, I asked about whether they would be offering as a broad a lineup of layout and measuring tools. I was told that no, they would seek to provide innovation where new features or special construction can offer an improved user experience.

Basically, new Milwaukee levels and layout tools would be built to a premium.

As a result, this seemed to differentiate Empire Level and Milwaukee Tool with a “good and better” and “best” type of tier-like structuring.

Consider a trip to the ice cream shop. Empire Level would be the cake and sugar cone options, and Milwaukee the waffle cone with chocolate and sprinkle-coated rim.

But, several years have passed, and it seems there has been strong demand for lower-priced level options from Milwaukee.

Perhaps the new Milwaukee levels are better than Empire’s.

I’m not sure how I feel about the overlap.

If the new Milwaukee magnetic I-beam levels bring improvement to the table, and distinction, it’s a good move.

I’m optimistic that the new levels are great products.

And, I think that this is an isolated example of near-overlapping tool options between Milwaukee and Empire options. It seems like a cautious instance of Milwaukee catering towards user needs and wants, rather than the start of a pattern.

We know that there are some tool brands that play “lick and stick” with the their brand labels, but Milwaukee knows this too, and they have been extremely careful to avoid falling into the same tendencies.

I say all this because I know some of you will immediately recognize the similarities to Empire’s offering. Plus, this context makes the new launch more interesting to me. Yes, it’s noteworthy that Milwaukee has come out with new I-beam levels that are priced lower than their RedStick levels, and that these new levels are made in the USA. But what insight does this launch give into Milwaukee’s long term roadmap and strategies? It’s a divergence from their typical behaviors, to complement more premium-featured tools with a little more basic and lower-priced options, but I’m not taking this as a sign of what’s to come.

It still looks to be a step up compared to Empire, rather than a step down for Milwaukee, and as we get closer to the launch you can bet that I’ll bug Milwaukee for some added details about any differences.

One thing’s for certain is that you can bet a lot of folks are going to buy these new levels.