ToolGuyd > Hand Tools > Electrical Tools > New Milwaukee VDE Insulated Pliers in Europe (NWS-Made?!)
If you buy something through our links, ToolGuyd might earn an affiliate commission. 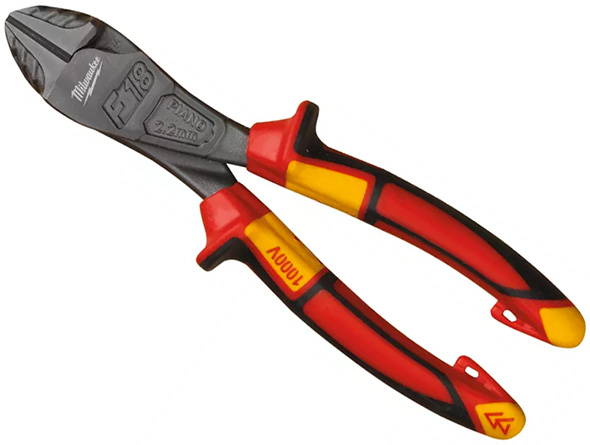 A tip by Robert on Facebook (thank you!) sent me on a journey around the web, whereupon I learned that Milwaukee Tool has come out with new VDE insulated pliers.

Now, before you get too excited, you should know – these were introduced by Milwaukee Tool in Europe.

With that in mind, it’s okay to get a little excited if you have a good source for European hand tools. With high certainty, based on the appearance of the new Milwaukee VDE pliers, and that some of them have made in Germany markings, it looks like the new pliers are made by NWS.

As long-time readers might know, I am quite fond of NWS pliers and cutters. All of the NWS pliers I’ve bought have been well-made and comfortable to use. 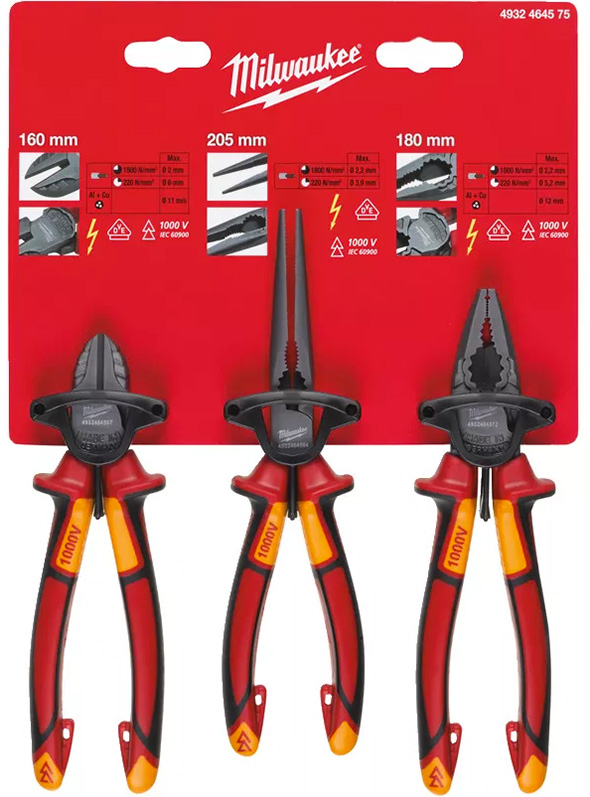 All of the tools feature a grey titanium surface feature that is non-reflective and corrosion resistant. Cutting surfaces are induction-hardened to cut even the hardest of materials. 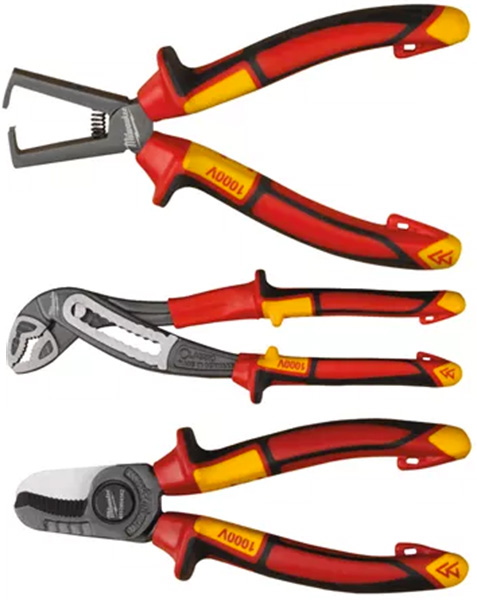 Following are all the different VDE pliers and cutters that Milwaukee Tool has added to their European website:

Pricing varies, starting at about £27 excluding VAT, about $35 USD. (That’s around the same price as NWS-branded VDE pliers from USA suppliers.)

Frankly, I cannot find any details about when these new pliers were launched, nor can I find any posts or discussions about them online, other than an ebay tool store’s Facebook post that kicked off my search for more details. I don’t think they could have been on the market for very long, partially because they’re not in Milwaukee Europe’s 2017-2018 electrician tool flyer, and because I’m sure other ToolGuyd readers would have noticed if they were released much earlier.

These look to be NWS-made Milwaukee VDE insulated pliers at competitive prices. What’s not to like, aside from the fact that they’re not [yet?] available here? Unless for some reason they’re not made by NWS, they’re almost guaranteed to be good.

Would you love to see these come to USA stores?