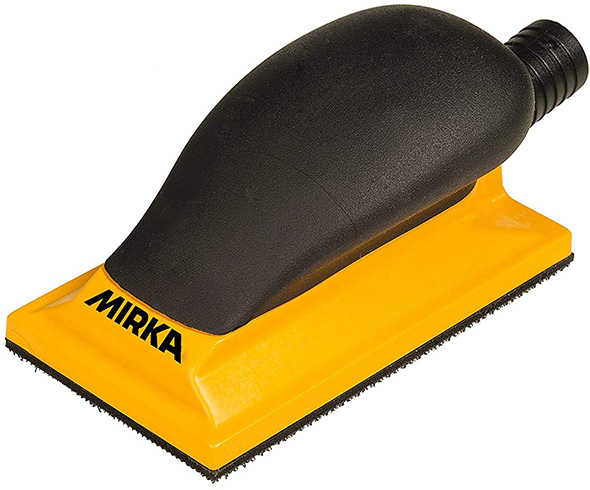 I have some sanding to do, and it’s going to be dusty.

I could use my Festool sander, but it’s going to be a bit heavy and maybe even unwieldy to use on the wall or even overhead.

I looked up wet-sanding methods, and it seems that for some of my upcoming projects, I’ll need to use dry sanding. Dry sanding can be messy, hence the search for a dust-free solution.

Although tempted to buy a Festool sander from my wishlist – their small delta-shaped finish sander – I took a gulp when I realized how much it would cost for the new sander, as well as new abrasives to go along with it.

This morning, I came upon the Mirka hand sander, which has a vacuum port and multi-hole grip face. It looked to fit the bill perfectly.

Actually, I first looked at Festool’s hand sanding block, which comes with an adapter for attaching a dust extractor hose. Festool also makes a small-diameter hose that mates directly to their sander.

Ultimately, the Mirka looks far more economical, and I’m sure its slightly smaller size won’t be an issue. Its pad measures 2-3/4″ x 5″. 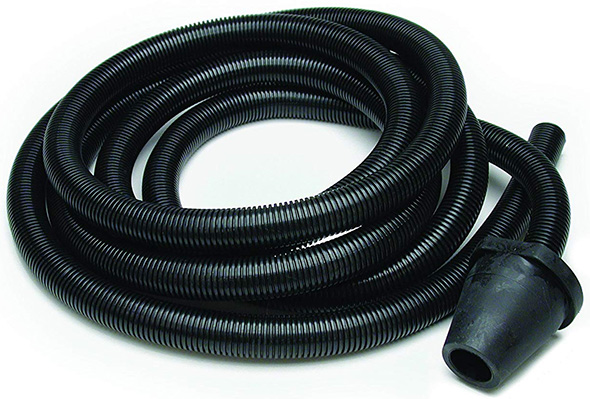 Ah, and there’s even an optional hose that I can use to attach it straight to my dust extractor. Festool’s hose is more than double the price. 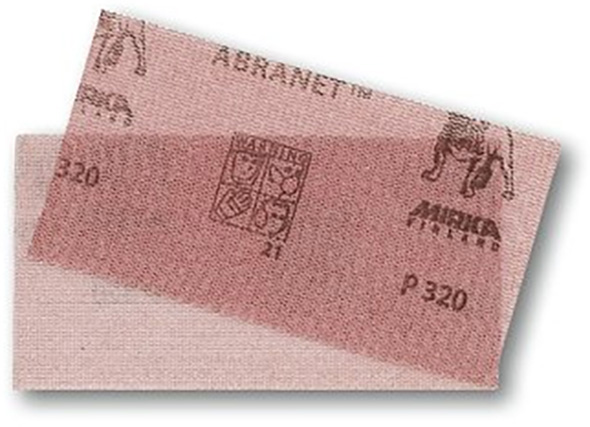 I also picked up some Mirka Abranet sanding abrasive sheets, in 150, 180, and 220 grit. I ordered 10-sheet packs, and they also have rolls of the stuff. The rolls are less expensive per inch, but I can always buy that next time, once I’m ready to reorder.

Mirka has a solid reputation, and I’m eager to see how it goes.

I still might order a Festool orbital sander – maybe the DTS 400 delta sander for working into corners. I’ve been doing smaller woodworking projects, and my regular 6″ sander is a bit too big for some things. The cost of a sander is one thing to consider, and the abrasives are another. With Festool, smaller sandpaper packages carry a big premium, and typical quantity packs are quite pricey.

I also considered that Festool recently introduced their own sanding nets, but I really think that a hand sander will be best for most of the finishing projects I have planned. For my woodworking projects, though, a new Festool is in my future, just not my immediate future.

I’ll follow up once I can put the new Mirka sander to the test.