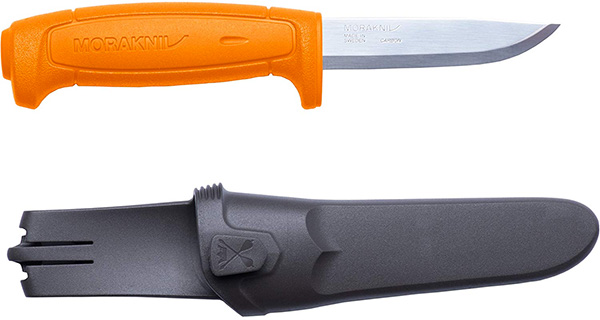 Over at Amazon, they have Mora Craftline Basic knives on sale at even lower prices than before. We posted about Mora Companion knife deals the other day, and the Craftline was included in my post about EDC and shop knives for under $30.

With this new deal, you can get the Mora Craftline for as low as $6.50 with an orange handle. 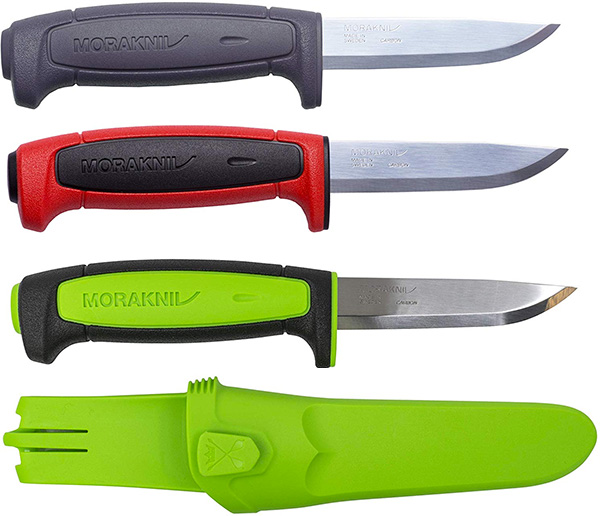 The Mora Companion Basic knife has a 3.6″ high carbon steel blade and TPE rubber handle for a secure grip. The blade is easily sharpened.

The included hard plastic “combi-sheath” has a quick-connection that allows for a second knife and sheath, although I’m not quite sure how that would work.

The Mora Companion Basic knives are made in Sweden.

Mora knives are a great value. Care, attention, and quality is put into the aspects that matter, such as the blade profile and handle, and not where it doesn’t, such as the rough-finished spine.

The longer-bladed Companion was my first Mora knife, and I bought a couple of more since then, but the Craftline’s slightly smaller size seems more convenient. If deals like this were available a couple of years ago, I might have bought these first or instead of the Companion.

Other colors are also available.