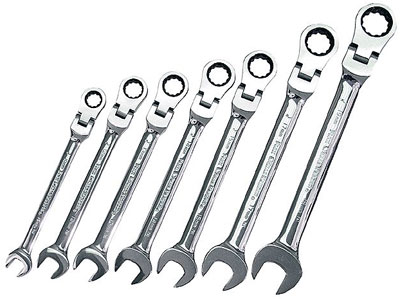 This week’s featured MVTs are new generation fine-tooth ratcheting wrenches, as nominated by Uthscsaedu. We concur with his comment that these wrenches aid in accessing hard to reach fasteners.

This is the second featured Most Valuable Tool of the Week entry. There are still two more chances to be eligible to win a Gearwrench Roto Ratchet set or Amazon.com gift certificate – head on over here for contest rules and instructions, and then to the TaG forum to enter.