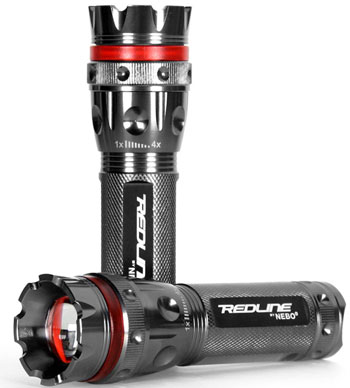 Jeff reviewed the Nebo Redline LED flashlight for us a while back. Since then, we’ve heard a few accounts of the hugely popular flashlights dimming after a few months or even a few weeks of casual use. A few users told us about this in the review’s comments section, and I have also received a few direct emails about the matter.

The problem:  Nebo Redline flashlights losing their power or dimming a couple of months down the line. Users report that fresh batteries do not improve the condition and that they are unable to restore their flashlights to factory-fresh brightness.

I reached out to a representative at Nebo Tools, and they told me that they haven’t really heard about that issue before, at least not where new batteries didn’t help things. If dimming occurs, they would ordinarily consider it an LED issue, in which case they would replace the unit.

In light of Nebo’s response, it looks like this is not a widespread issue. If you own a Nebo Redline and think that its performance has degraded even when using fresh batteries, contact the company, and I’m sure they will be happy to help you out.

Check prices or buy one now via Amazon – and don’t forget to take a look at our Nebo Redline Review. There are also quite a number of helpful independent user reviews over at Amazon’s product page as well.