ToolGuyd > Power Tools > Routers > New Bosch Router Table RA1141
If you buy something through our links, ToolGuyd might earn an affiliate commission. 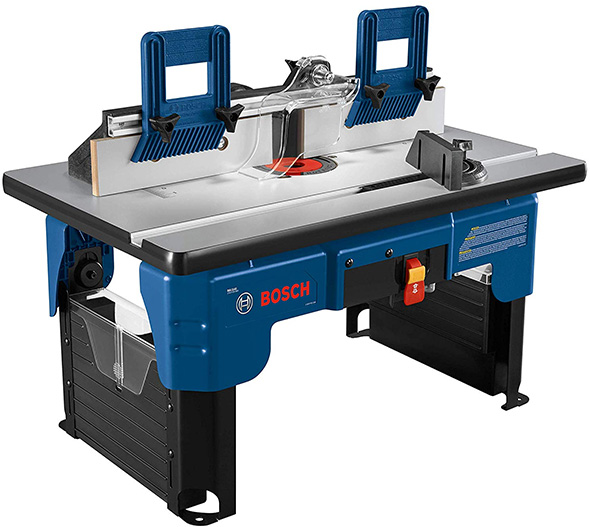 The new RA1141 router table features a quick-release router mount, MDF table top and fences with smooth laminated surfaces, a tall fence, and adjustable featherboards. It also comes with a guard, a starter pin and guard for edge routing without the fence, a miter gauge, featherboards, and a depth gauge. 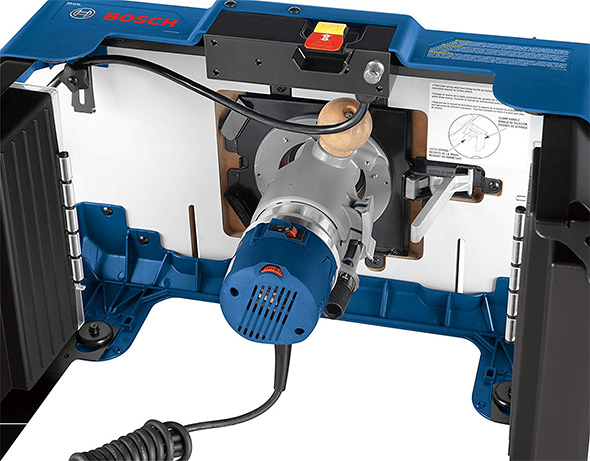 Underneath, the quick-release mount allows for quick attachment and detachment of the router motor, and with no leveling required. 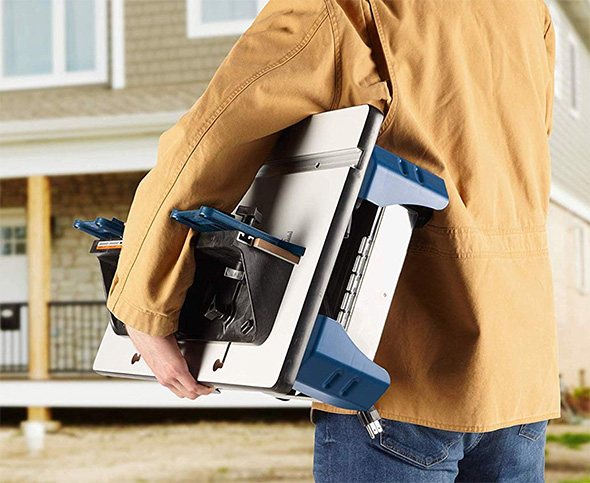 The legs are hinged and fold inwards for compact storage or easier transporting to workspaces or jobsites. 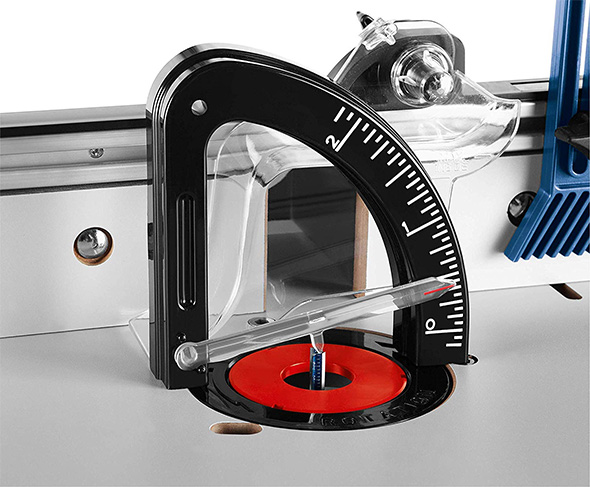 Bosch incorporated a lot of little features into the new benchtop router table. Its legs, for instance, feature built-in storage compartments for accessories such as bit opening rings. Router tables often come with a bunch of accessories and thingamajigs, and Bosch designed the router table with places to store them all. 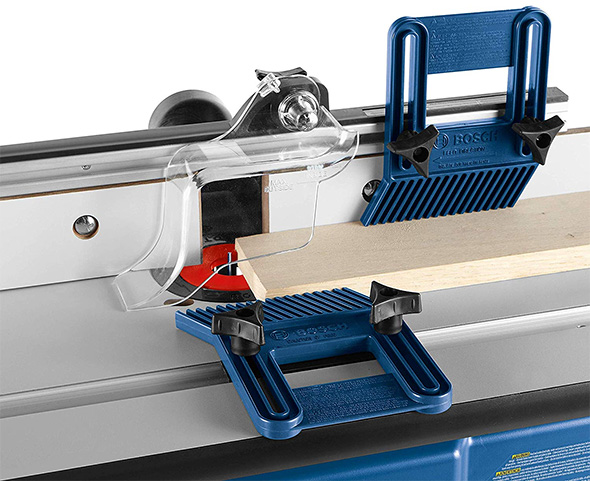 The fence guard looks to pivot up and out of the way as a workpiece passes beneath it. 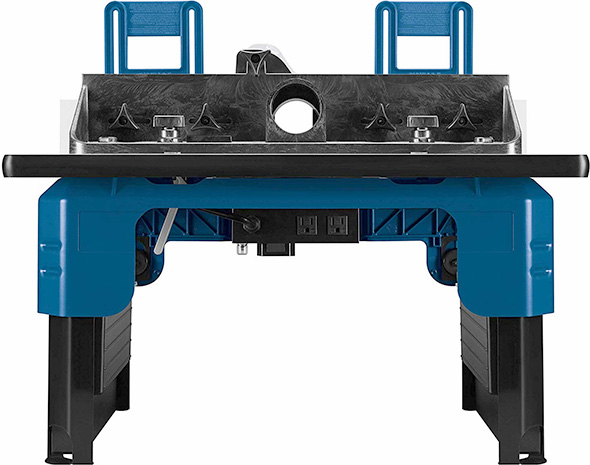 There’s a dust collection port in the back, along with a power control box. This is where you plug your router motor into to enable control through the power switch at the front of the table.

Bosch’s two other benchtop router tables have been around for a long time now, and while surprising, it’s nice to see that this new one is completely different.

However, it’s unclear as to if or how the new Bosch router table is different from the Skil RAS900. 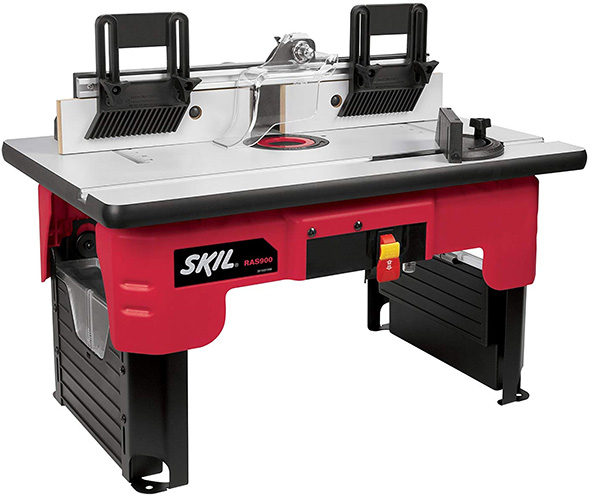 As you might be aware, Skil was formerly a Bosch brand and is now owned by Chervon.

I’m not familiar with the Skil RAS900 benchtop router table, but knowing that Bosch’s RA1141 previously existed as a Skil model doesn’t take away from the convenience of its features. It’s possible Bosch made some minor tweaks to the design, but if they didn’t, or the changes are minor, that would speak highly of the RAS900’s quality and reliability.

At the time of this posting, the Bosch router table is listed on Amazon for $179, and the Skil can be found online for $139. The Skil also has a quick-release router plate, although it’s unclear as to whether there are any compatibility differences, and it also has similar in-leg accessory storage, dust collection, adjustments, and it comes with the same bit height gauge.

Product listings for the Skil benchtop router table says its table is 26″ long x 16.5″ wide and with a 14″ height. The Bosch RA1141 presumably has the same tabletop.