ToolGuyd > Hand Tools > Hundreds of New Craftsman Tools Now at Amazon
If you buy something through our links, ToolGuyd might earn an affiliate commission. 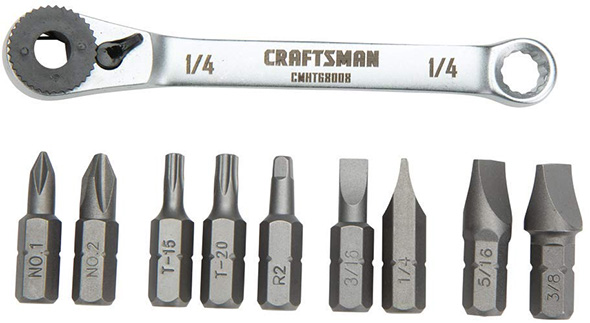 Over at Amazon, they recently added several hundred new Craftsman tools to their online store. Most aren’t shipping just yet, but marked with a “usually ships within 1 to 3 months” ETA, which usually means inventory is on the way to Amazon warehouses.

There are also new “fulfilled by Amazon” Craftsman tools, such as this Craftsman V20 brushless hammer drill, but those all appear to be tools that were purchased from Lowes and shipped to Amazon for resale by third parties.

Do you know what kinds of Craftsman tools that Amazon has not listed yet? Craftsman utility knives, Versastack tool storage, or cordless power tools (although there are new outdoor power tools).

Here’s a quick peek at some of the new Craftsman tool offerings: 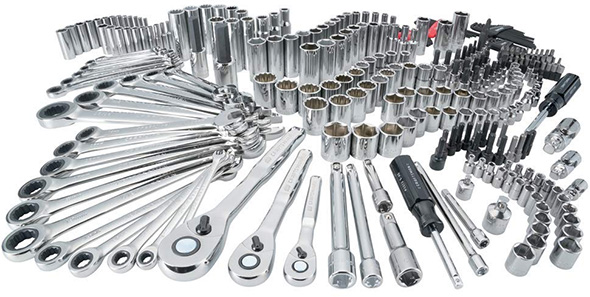 And of course there are raised panel ratchets. They’re described as Craftsman “Iconic” 36T ratchets, and indeed are they iconic. These ratchets are available in 1/4″, 3/8″, and 1/2″ drive.

The new Craftsman 120T dual-pawl pear-head ratchet looks like a big step up when compared to the raised panel ratchets. So far, it’s only listed in the 1/2″ drive size. 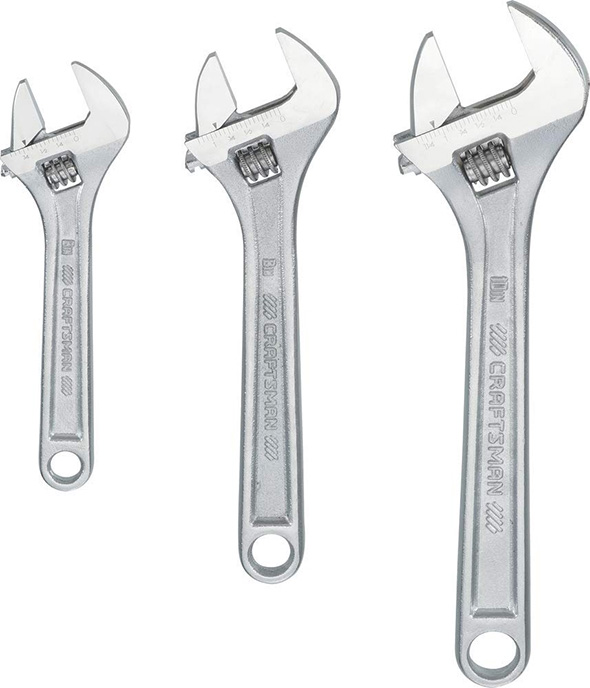 The new Craftsman adjustable wrenches are available in a 3pc set, and also a 2pc set.

At this point, I should mention that some of Amazon’s Craftsman tool prices match Lowes pricing, but others are higher. We might see some price reductions or price matching once the tools start shipping, or maybe as part of Father’s Day promos.

What I find interesting is that there are a whole lot of “open stock” Craftsman wrenches, where you can buy just the size you need, as opposed to having to buy a multi-piece set. Sorry, there’s no easy link, you’ll have to sort through the wrench listings. 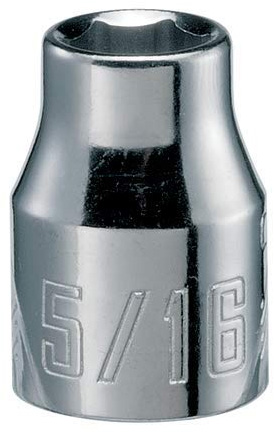 There are a whole lot of individual Craftsman socket sizes as well. 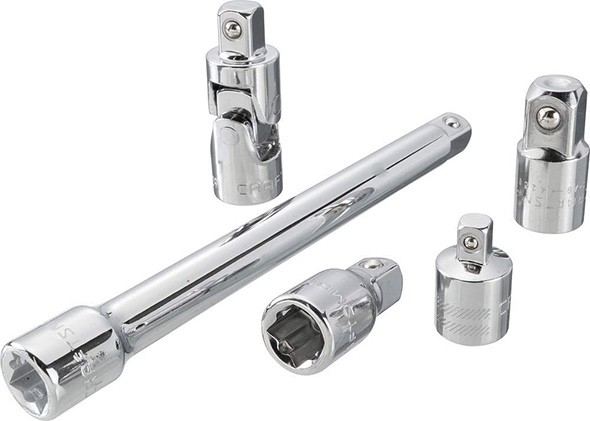 There are a lot of different Craftsman ratchet and socket accessory sets. 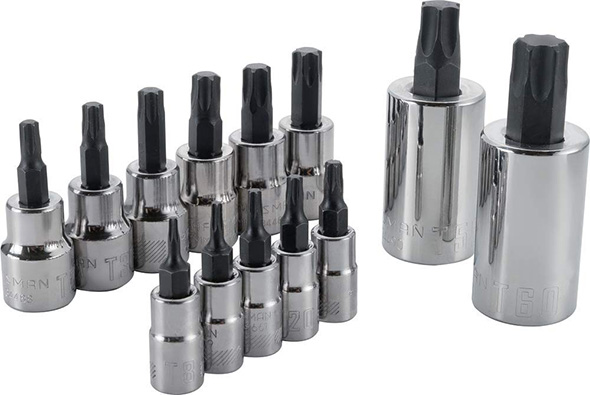 They have a Torx bit socket set, and I’m crossing my fingers that there will also be similar hex bit sets. 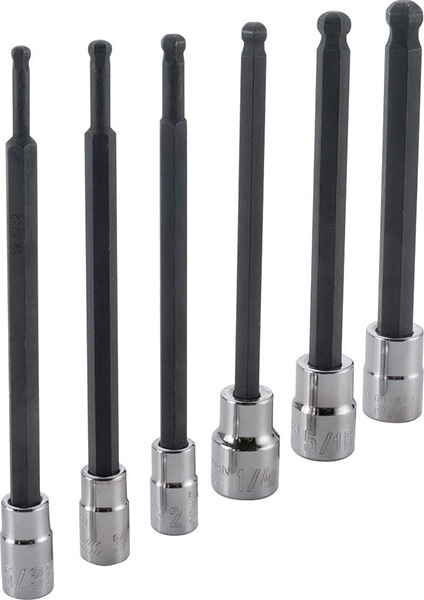 They at least have ball hex socket sets, in SAE and metric sizing. I’ve had great experiences with a Proto ball hex socket that came in handy for multiple projects, and would like to buy more, but my needs haven’t risen above the price tag yet. The Craftsman sets are a bit more affordable, but there’s not much in the way of user reviews or reports about the quality yet. 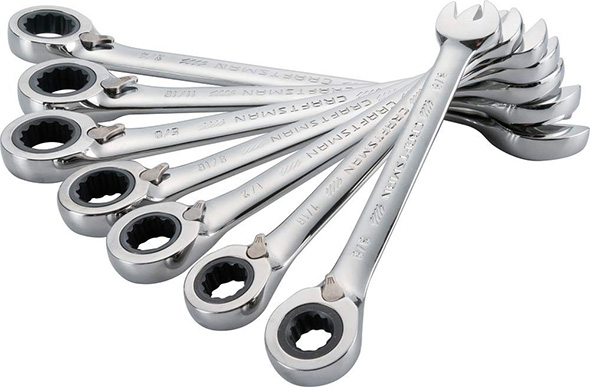 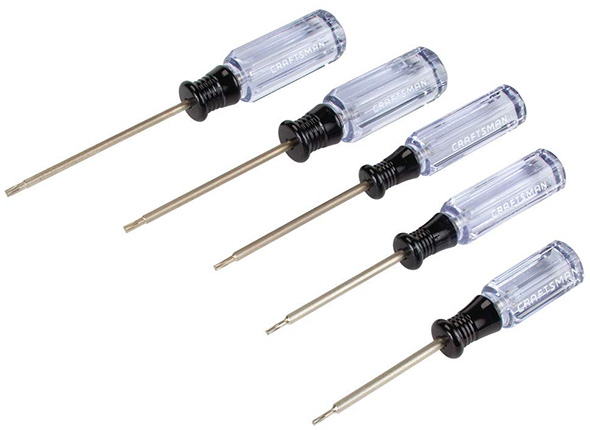 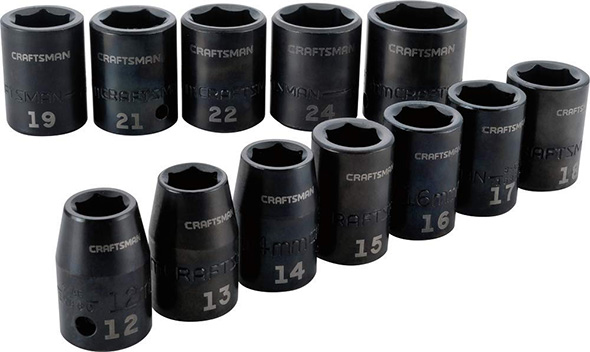 There are several options when it comes to Craftsman impact socket sets. They also have listings for individual sizes. 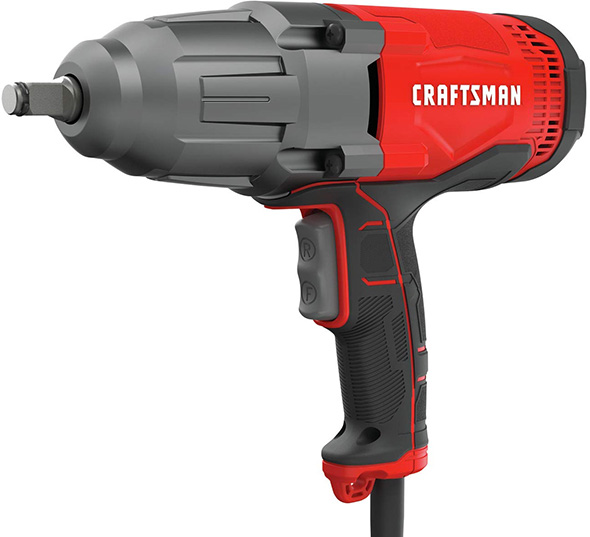 The new $100 Craftsman corded impact wrench (450 ft lbs max torque) also made it to Amazon. But, it’s the only Craftsman power tool listed so far, aside from lawn and garden power tools. 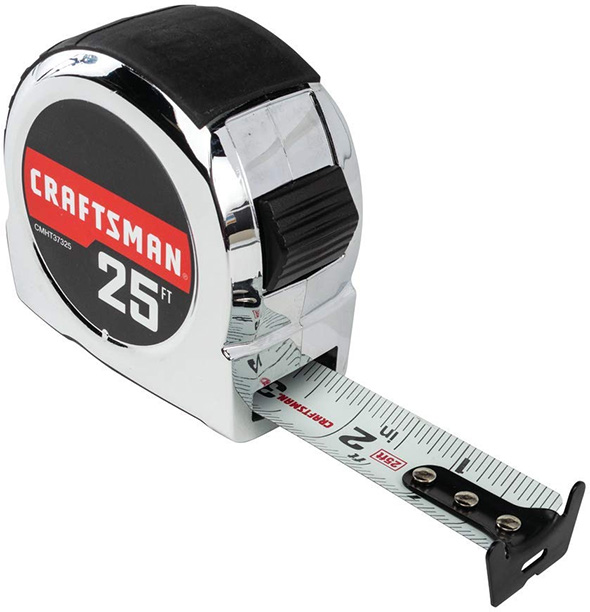 The Craftsman “classic chrome look” tape measure is also listed, but all of the new USA-made Craftsman measures are not, or at least not yet. It’s $9 at the moment, which is more than Lowes has it for.

The sole Craftsman hammer listing is for their 20oz general purpose rip-claw model. 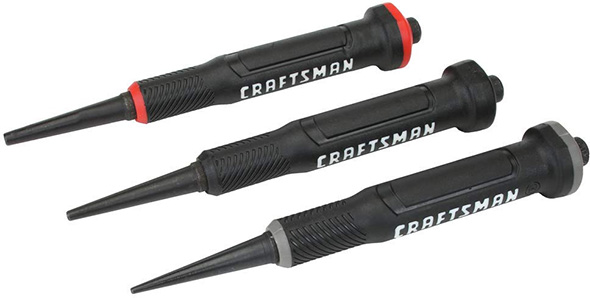 This 3pc nailset punch set looks good. I don’t use nailsets often, but I like the look of the handle grips on these. On the other hand, my USA-made Sears Craftsman 3pc nailset are plainer in appearance and construction, and would take up less space in a tool bag or box. 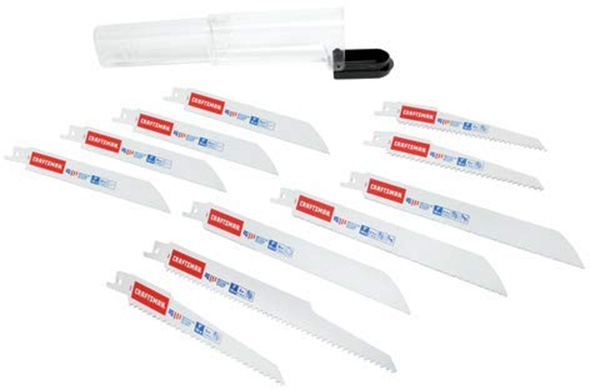 Only a couple of Craftsman saw blades and other power tool accessories are listed so far, but it’s nice to see these reciprocating saw blades marked as being “made in the USA with global materials.” 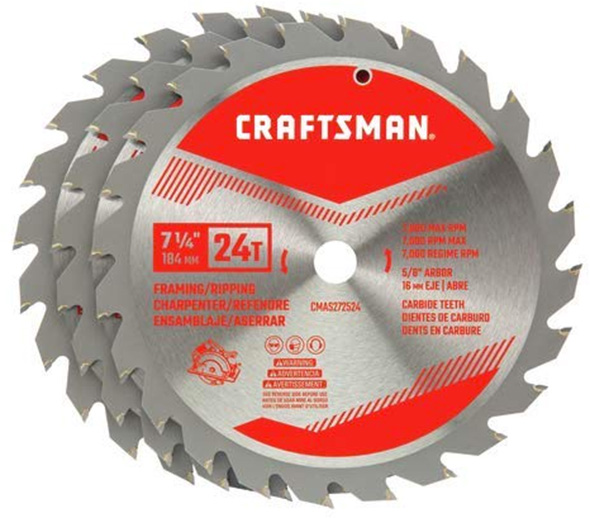 You can even buy a Craftsman steel wrecking bar from Amazon. Frankly, I can’t imagine how Amazon can make money on these if they ship them for free. They’re available in 24″, 36″, and 42″ sizes. There’s also a listing for the Craftsman 30″ multi-function utility bar, which has a “serrated duck foot” prying end. 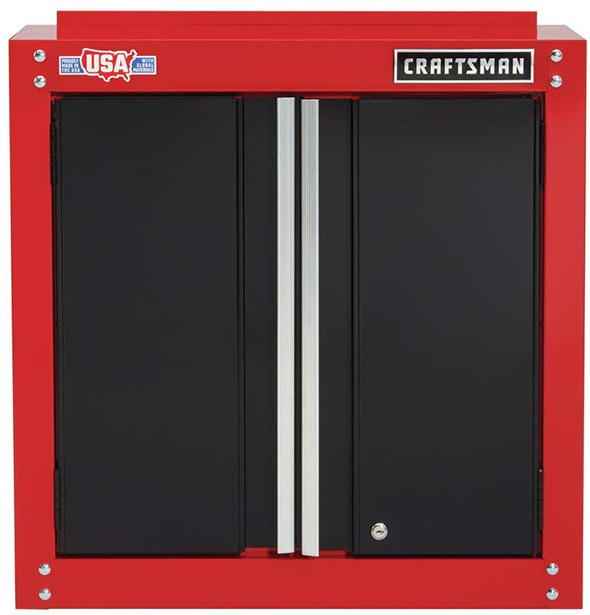 There aren’t too many Craftsman tool storage or garage storage products yet, but there are a couple, such as this 28″ wall cabinet. The wall cabinet is made in the USA with global materials.

This Craftsman 10pc Z-driver bit ratchet set caught my attention, but it doesn’t look anything like the Craftsman Z-driver screwdriver that Sears used to make. Is this a remake of the Z-driver, or is the name simply a coincidence?

Lowes has quite a few Craftsman tools that still seem to be exclusive to them, but there are also some Craftsman tools that can be found at Amazon but not Lowes. For instance, Amazon recently listed a new Craftsman door hinge and hole saw install kit. Lowes.com doesn’t have this in their online catalog, although it might be or have been available at some of their stores.

This big push is well-timed, and I would expect to see a lot of the tools start shipping ahead of Father’s Day. What kind of Father’s Day Craftsman Tools promos do you think Amazon has planned for this year? Lowes? It’ll be interesting to see if their Craftsman promos will be competitive or complementary.