ToolGuyd > Power Tools > Saws > New Dewalt DWS716XPS 12″ Miter Saw
If you buy something through our links, ToolGuyd might earn an affiliate commission. 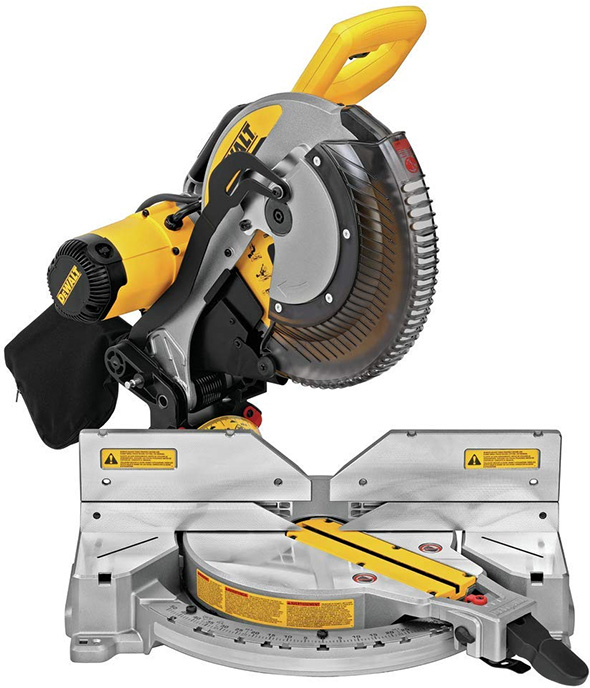 Dewalt has come out with a new 12″ dual bevel compound miter saw, DWS716XPS. The new saw is described as an updated version of their DW716XPS.

I posted about the Dewalt DW716XPS 12″ miter saw recently in a deal post, and it is also on my current tool and equipment wishlist. Upon seeing this saw being described as discontinued, I reached out to Dewalt, asking for more information about the product update and changes.

The new Dewalt DWS716XPS 12″ miter saw is almost identical to the DW716XPS, but there are some small changes.

From the product specs, it looks like 3 pounds were shaved off the weight, as the DW716XPS is said to weigh 44 lbs.

The specs all look the same, except for the weight. Although some specs for the DW716XPS, such as the 10″ horizontal baseboard cutting capacity and 2×8 or 2×10 (with fence) cross-cut capacity, have not yet been explicitly mentioned in the context of the new DWS716XPS miter saw, it’s likely that the new model shares those capacities. 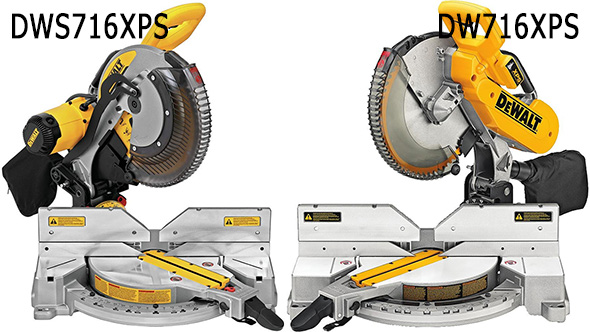 Although this side-by-side image doesn’t have the two saws at the same scale or angle, some of the differences stand out.

To me, the most visible difference is the addition of a dust collection funnel (scoop?) on the new saw. It’s placed closer to the blade, which should allow more dust to be sent to the included dust bag or to an attached dust extractor. Dewalt says that the saw features high efficiency dust duct is concentrated at the point of cut for maximum collection. Judging from the appearance of the new saw, I believe in that “high efficiency dust duct” part. Dust collection is often problematic on miter saws, and it looks like Dewalt engineers made a conscious effort to improve things with the DWS716XPS.

Here’s the tough question – if you were looking for a new 12″ dual bevel compound miter saw, do you get the new model, or the previous one?

Right now, the new saw is priced at $379 at Amazon, and it’s expected to ship out sometime in August (at least going by Amazon’s estimate). The DW716XPS is currently priced at $289.

Since I’m not ready to buy a new miter saw just yet, I’ll likely add the DWS716XPS to my radar. Upgraded dust collection means a lot to me, and some of the other changes seem worth considering as well. On the other hand, there’s something to be said about the lower price of the DW716XPS. There is also the DW716 miter saw, which is similar to the DW716XPS but without the Cutline LED shadow indicator system. But, I love Dewalt’s XPS/Cutline indicator system and would absolutely spend more for it.

If you’ve been eyeing the DW716XPS, keep in mind that the DWS716XPS will be replacing it, presumably when current inventory levels sell out.