ToolGuyd > Hand Tools > Knives > New Dewalt Folding Utility Knife, DWHT10916
If you buy something through our links, ToolGuyd might earn an affiliate commission. 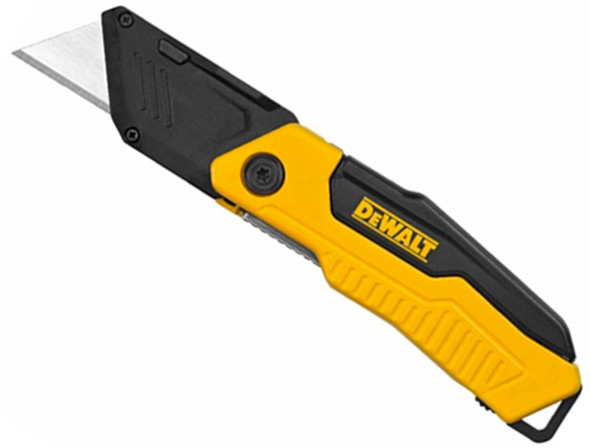 Dewalt recently announced a selection of new knives. Some are folding pocket knives, which we’ll talk about separately, and there’s a single new utility knife, DWHT10916.

The new Dewalt DWHT10916 is described as being a fixed folding utility knife. In other words, it has a fixed non-retractable blade.

Dewalt says that it has a durable aluminum housing, making it the right tool for even the toughest jobsites.

I’m eager to see what improvements this new Dewalt utility knife might offer compared to the other folding utility knives I’ve been using, most notable Milwaukee’s FastBack knife series.

How Many Different Utility Knives Does Craftsman Make?