ToolGuyd > Flashlights & Worklights > New Dewalt LED Flashlights (2018)
If you buy something through our links, ToolGuyd might earn an affiliate commission. 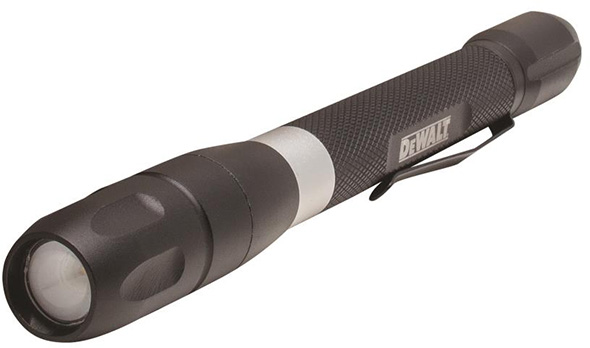 First, here’s the DWHT81425 LED penlight. It boasts a 100 lumen emitter that can be run in low or high brightness modes, IP54 dust and water resistance, a focus feature, and it’s durable enough to “survive Dewalt’s repeated 6.6 foot drop tests.” 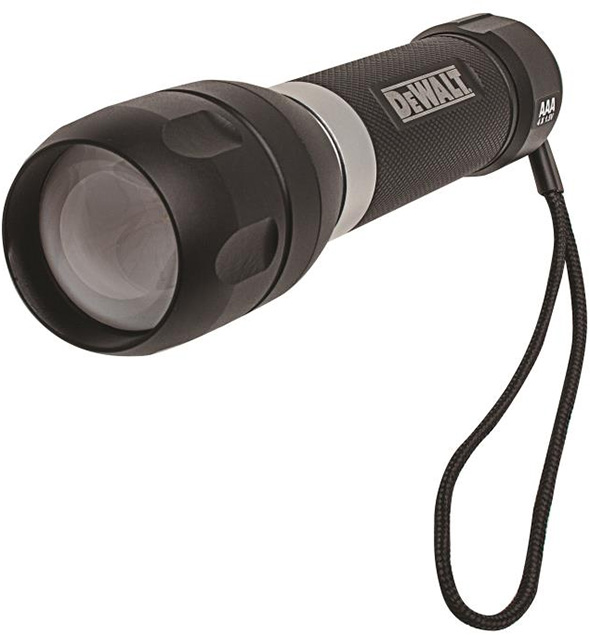 Then there is this new Dewalt 350 lumen LED flashlight, DWHT81426. It has 2 brightness modes, a focus feature, and similar water and dust resistance and impact protection as the penlight.

This flashlight trades the penlight’s pocket clip for a lanyard hole and wrist strap. 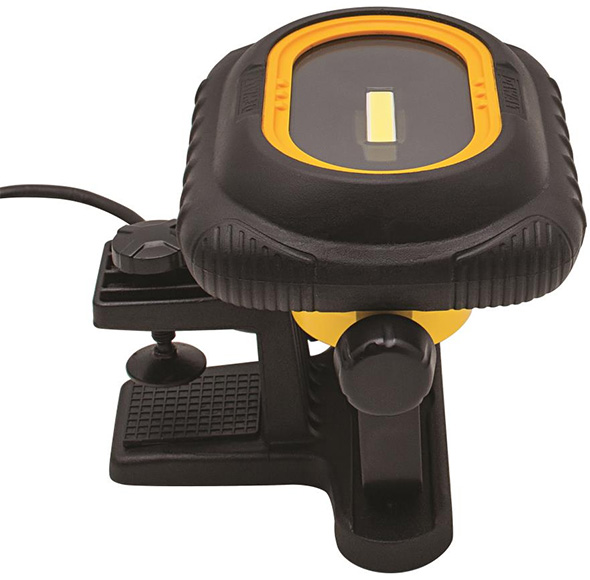 This is the new Dewalt DWHT81422 rechargeable area light. It offers several mounting methods – a magnetic surface pads, a screw-down clamp, and a 1/4″-20 insert for tripods.

It can “survive Dewalt’s repeated 3.3 foot drop test” and is IP67 rated for higher dust and water resistance.

It looks to have a beefy but proprietary charging plug. 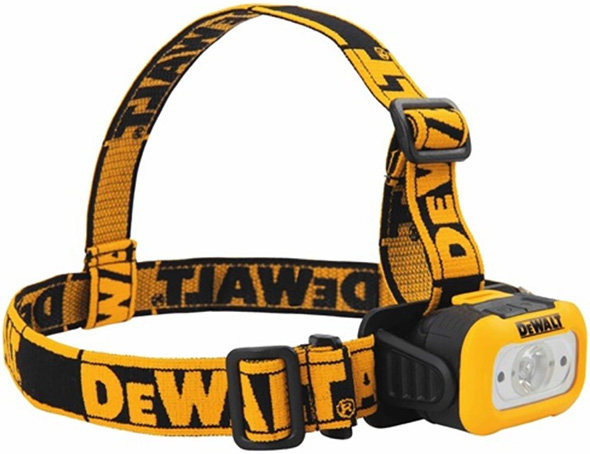 Lastly, there’s a new LED headlamp, DWHT81424, with even more ostentatious Dewalt branding than the previous version. Compared to the DWHT70440, this new version has an over-the-head strap and brighter outout (200 lumens vs 104).

The top strap is anti-slip, and Dewalt says it’s for securing to a hard hat. It doesn’t look to be removable.

Dewalt says that it has double the lumen output than the previous generation headlamp, but with the same runtime. Both are powered by (3) AAA battery packs.

So… either the new emitters are 200% more efficient, or this one is simply more focused.

That kind of claim, that you get double the brightness with no loss in runtime, makes me feel less bad about calling the strap an eyesore.

Why couldn’t have a more discrete headband, like the one on their now-made-overseas safety goggles?

It has a motion sensor, for turning the light on or off.

Dewalt’s first foray into LED flashlights was not very strong. Back in 2011, they showcased some new models, which eventually made it to market. They were decent metal-bodied flashlights.

This new lineup seems to be a revival of those efforts, with several modern-featured lights.

I’m a little underwhelmed by what I see so far. I mean, look at what Milwaukee came out with last year. This year? There are even more tools in their lineup. And they’re cohesively connected, with a RedLithium USB Li-ion battery pack.

Dewalt’s new LED worklight has its own wall-wart-style charger? C’mon! Not even a USB-compatible charger?

There’s nothing glaringly wrong with any of these flashlights, as far as I can tell from what I see “on paper.” But there’s nothing very much to drive “ooh, I want to buy that!” sentiments either.

To me, these all look like “opportunistic” purchases. If there’s a sales floor promo display at Home Depot, and one of the flashlights or headlamps is attractively priced? Sure, maybe I’ll take one home.

I generally feel the same way about Coast LED flashlights. Well, that’s not entirely accurate – I’d feel more confident with Coast, seeing as how this is their wheelhouse.

But as far as adding something to my shopping list? Eh… I don’t know about that.

I get the feeling that these are competitive efforts by Dewalt, to push back against Milwaukee’s strive for dominance, as opposed to being “problem solvers.”

But that’s okay. Not every new product needs to be a problem solver, or an improvement over what’s currently available.

If I need a penlight for very regular use, I’ll choose something else. If I need something to throw in a spare tool bag, the glove box, or a basement tool box? Sure.

Here’s an image of the Dewalt penlight’s tail cap. Ah, it does have a lanyard loop, too! And a sticker that advertises its need for 2x 1.5V AAA batteries.

You know, I’m increasingly curious about the penlight. But then I read the product description (from Dewalt.com), and I feel like it’s written for someone who has never seen a flashlight.

This 100-Lumen Pen Light features technology that can run up to 5 hours at a time. Plus, the focus feature allows you to adjust beam distance up to 3 times to help get the job done. This durable pen light survives a repeated 6.6-foot drop test and is IP54 dust and water resistant. It’s complete with a pocket clip and AAA batteries included.

This could describe ANY brand’s LED flashlight.