ToolGuyd > DealGuyd > New Low Price on Triton SuperJaws Workbench
If you buy something through our links, ToolGuyd might earn an affiliate commission. 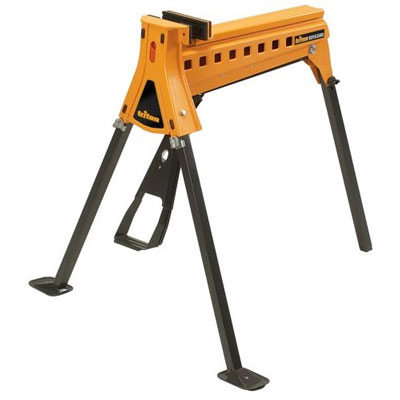 Triton’s SuperJaws Workbench is selling for an all-time-low of $130 over at Amazon. This promo the SuperJaws at $29 less than the rebranded Ridgid SuperClamp, and $49 lower than the Rockwell Jawhorse.

It looks like the sale price is valid until July 22nd. However, keep in mind that Amazon’s sales sometimes end early due to quick sell-outs.

From what we keep hearing, the Jawhorse is considered an upgrade over the SuperJaws. However, we’re thinking that many people will be willing to do without the minor improvements of the Jawhorse given the SuperJaws’ more affordable pricing. The folks over at Triton and Amazon were probably thinking the same thing when they launched this promo.