ToolGuyd > Power Tools > Cordless > New Metabo Cordless Jigsaws
If you buy something through our links, ToolGuyd might earn an affiliate commission. 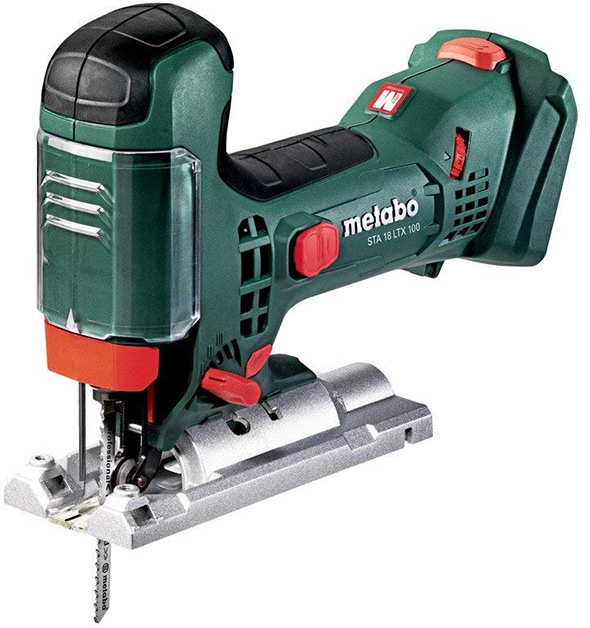 I noticed two new listings for Metabo 18V cordless jigsaws. I’m not at all familiar with them, and so I am considering them new products. Maybe they are, maybe they aren’t, it’s always hard to tell with Metabo.

First up is the barrel-grip jigsaw, STA 18 LTX 100. It looks more compact than an older Metabo model, and more air vents.

Metabo says that the cordless barrel grip jigsaw is extremely handy due to small handle size and soft-grip surface.

A blower function helps to keep the cut line clean and clear.

The jigsaws – both of them – appear to have built-in dust collector ports, but it’s unclear as to whether the vacuum accessory ports are included with the bare tools. 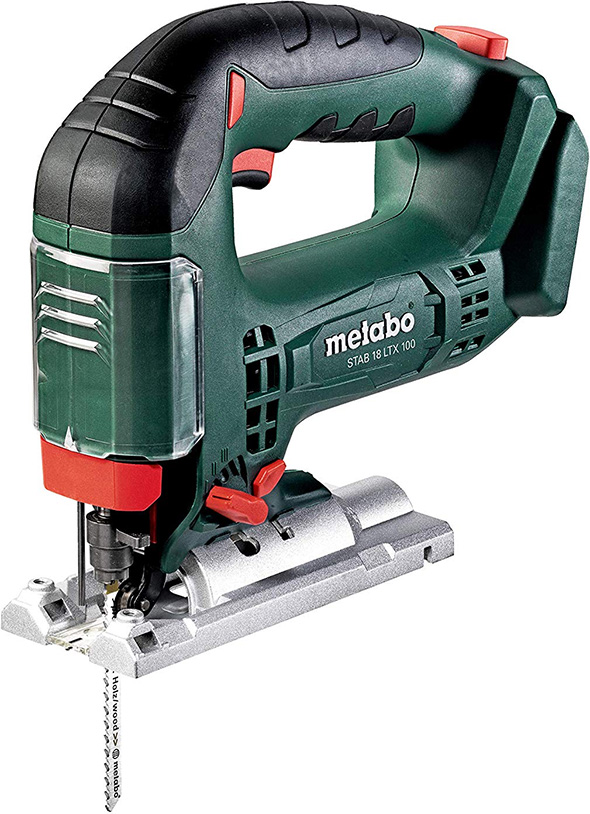 It features the same specs and features, but with a top handle and variable speed trigger switch. It looks like there’s also a lock-on button. 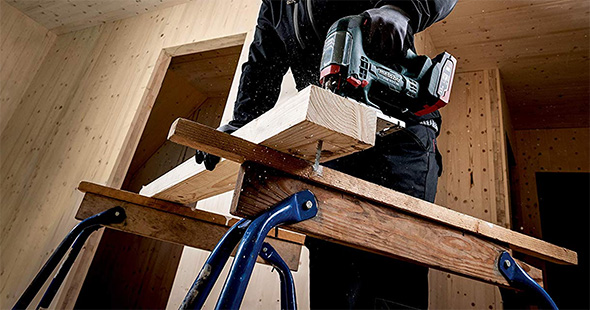 Check out the neat folding sawhorses! I don’t think I’ve seen ones like this before.

It also looks like both jigsaws have clear slide-down blade guards.

Metabo’s going to have amp-up their efforts if they’re to stand a chance competing with other pro-grade cordless power tool brands in the USA.

I’ve liked the couple of Metabo cordless power tools that I’ve tested. But if I were in the market for a new cordless jigsaw, there’s not enough for these two new models to make it to my shortlist. If I had already bought into Metabo’s 18V cordless power tool lineup exclusively, then I’d be a lot more interested. But at the moment, Metabo is not doing enough to answer the question why buy either of these instead of competing models?

Here’s a quick promo video with music that I’d characterize as an “action movie montage.”