ToolGuyd > Hand Tools > Electrical Tools > New Milwaukee Lineman’s Knife
If you buy something through our links, ToolGuyd might earn an affiliate commission. 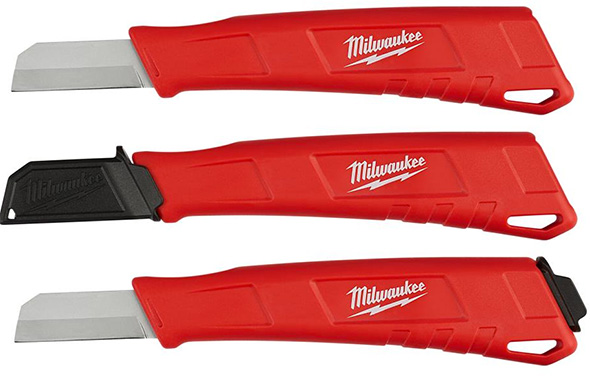 Its blade is designed to stay sharper longer, and it comes with a durable blade cover that stores in the handle for convenient and safe keeping. The handle is said to be built for all-day comfort, and the knife is sized to fit into a tool pouch for easier storage.