ToolGuyd > New Tools > New Rockwell JawHorse SheetMaster (RK9002)
If you buy something through our links, ToolGuyd might earn an affiliate commission. 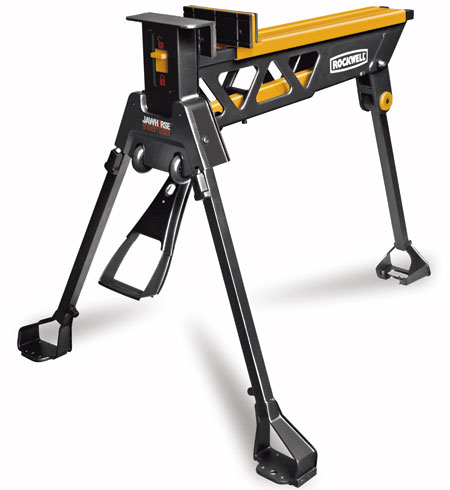 Rockwell’s JawHorse is a phenomenally well-recommend work support. It’s a portable clamp and workstand, and a number of accessories increase its versatility further.

Rockwell has upgraded the JawHorse and come out with the Jawhorse SheetMaster (RK9002), which is capable of clamping onto a full 4′ x 8′ sheet of plywood. Previously, if you wanted to clamp onto a full sheet, you would have to purchase a Plywood jaw for your JawHorse. 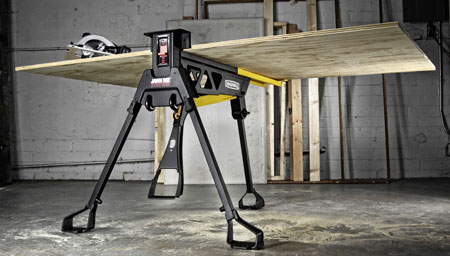 The SheetMaster has the same 2200 lb jaw clamping force and 600 lb weight capacity as the original JawHorse. In addition to the expanded jaw capacity of 0-49 inches, the SheetMaster features several additional upgrades:

Operation of the JawHorse SheetMaster is the same as with the original, with 8 inch x 3 inch foot-pump-action-adjusted steel jaws. The SheetMaster folds up into compact package for storage and transportation. 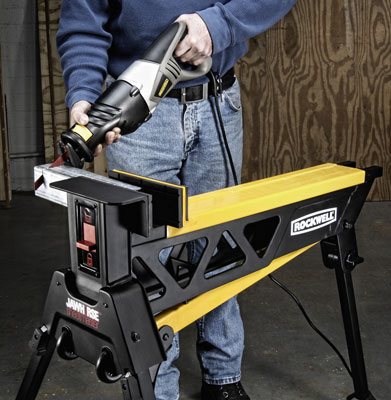 MSRP for the SheetMaster is $220, which is a bit cheaper than the Jawhorse ($180) plus plywood jaw add-on ($60). Even if you don’t think you need the 49″ jaw capacity of the SheetMaster, its improved wheel configuration and quicker setup and breakdown are great selling points. The only downside is the SheetMaster’s added heft, but this is overshadowed by its improvements.