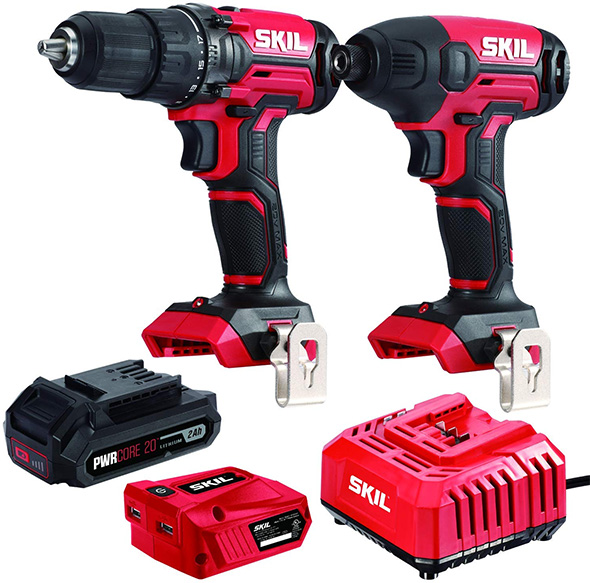 We already talked about some of the new Skil PWCore 12 cordless power tools, and we knew that there was a PWRCore 20V lineup also on the way. Here’s what we know so far.

The impact driver has pre-light and after-glow LED illumination. The combo kit, model CB739101, comes with (1) 2.0Ah battery pack and a charger. 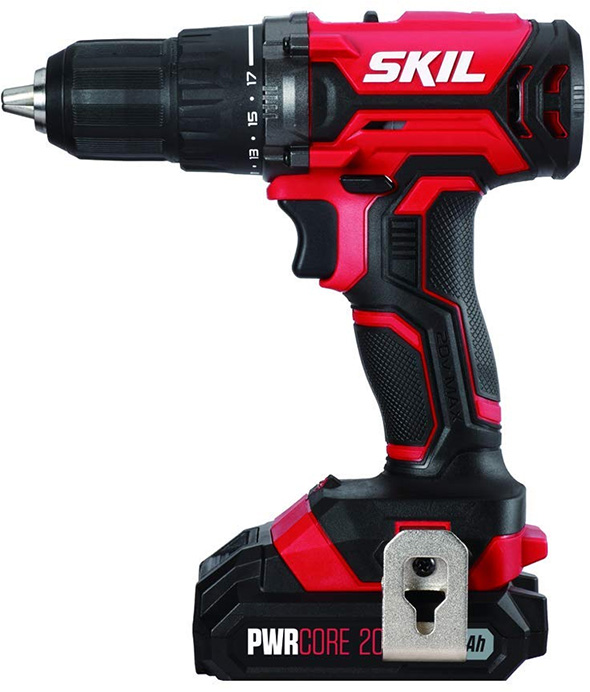 The kit’s said to be bundled with a 2.0Ah battery and 1-hour charger. 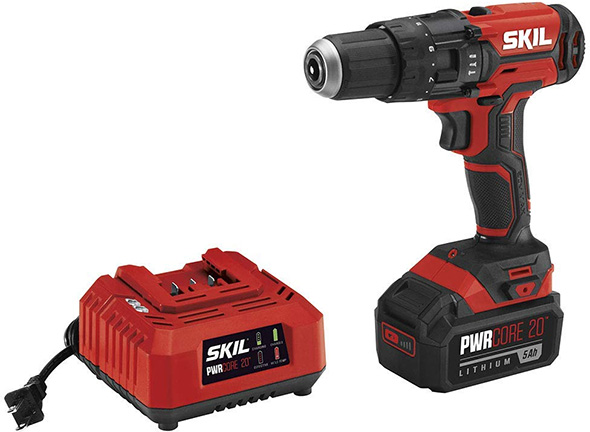 Next, there’s a Skil PWRCore 20V cordless hammer drill, HD527803. Like the other tools, it doesn’t seem to be brushless. (But that doesn’t mean there won’t brushless versions in the future.)

The PWRCore hammer drill has a quick-selection switch, which I prefer more than clutch dial settings, and is rated to 350 in-lbs max torque. It has the same speed settings as the drill/driver 0-420/0-1450 RPM, but is said to be capable of delivering up to 350 in-lbs torque.

The hammer drill comes with a 5Ah battery pack, which takes 130 minutes to charge. 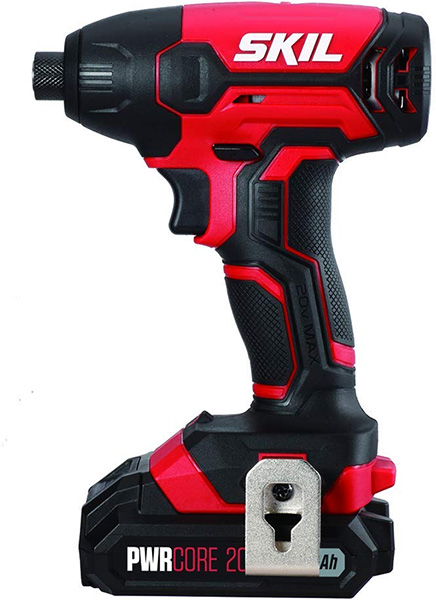 The same (or similar) PWRCore impact driver is available in a kit – model ID572702. 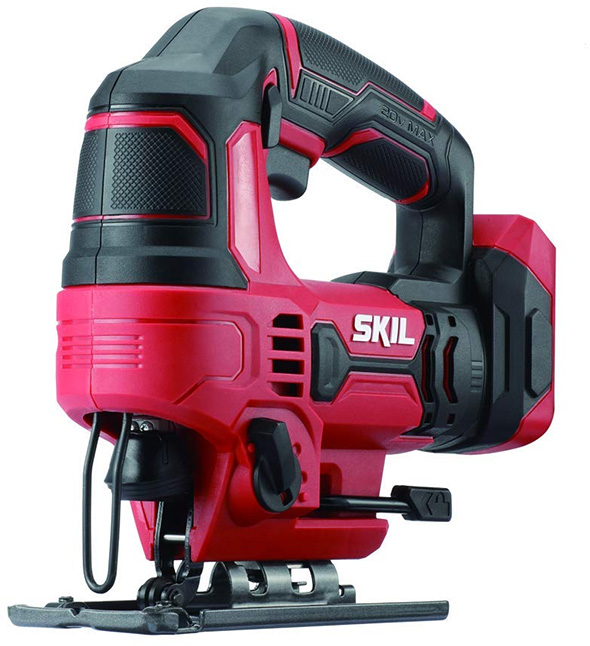 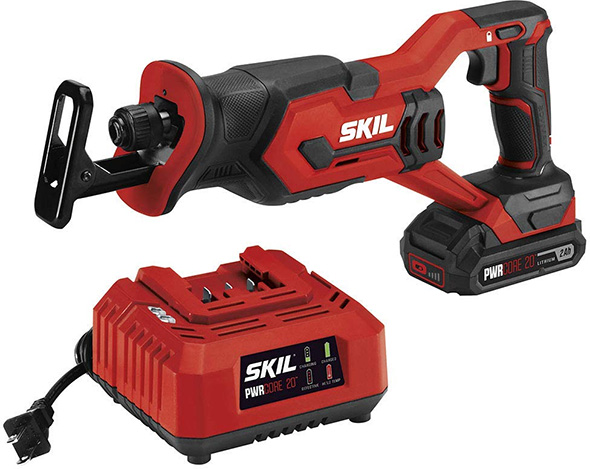 Finally, there’s a new PWRCore 20V reciprocating saw kit, RS582902, which looks to be the most affordable 18V-class tool kit of its kind.

The saw has a 1″ stroke length and 3,000 SPM cutting speed. It also features a tool-less blade change system and an adjustable shoe.

Skil says that “it expertly cuts through almost any material from fiberglass and PVC to metal and masonry.”

It’s bundled with a 2Ah battery pack and 1-hour charger. 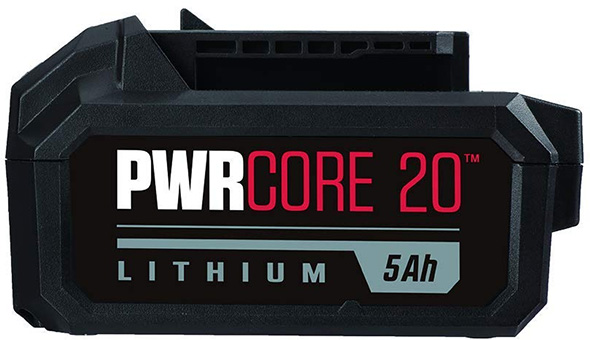 Lastly, there’s 5Ah battery pack, BY519603. I haven’t seen a 2Ah battery pack yet, at least not sold separately, but I assume they will be.

Skil says this about their new platform:

The PWRCore 20 system features a wide range of products backed by industry-leading technology. The PWRCore 20 Lithium Battery has a patented temperature management system that results in longer run time and longer battery life. Each cell is surrounded by revolutionary phase change materials to keep the battery cool and powering through any project.

Skil’s touting that you can “forget the bulky, heavy tools of a generation ago,” which seems like an encouraging way to kick off a new cordless lineup.

Both lineups hold quite a bit of my interest and attention, and I’m really eager to see what Skil might be coming out with next.

The pricing seems very competitive, even aggressive, and so Skil might have an edge there, appealing to beginner DIYers and homeowners looking for their first cordless power tools. It’ll be interesting to see where they go from here.