ToolGuyd > Power Tools > Saws > New Skil Skilsaw Brand Identity – What Do You Think it Means?
If you buy something through our links, ToolGuyd might earn an affiliate commission. 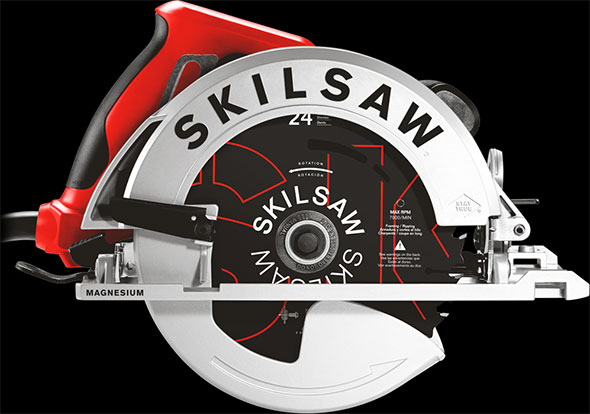 Over at Contractor Mag, there’s a press release about how Skilsaw launched a new brand identity. A quick look at the new Skilsaw site doesn’t reveal much, but there are some nice images of their new SPT67WM-22 magnesium Sidewinder circular saw.

In addition to the magnesium SPT67WM-22, there’s also a new lighter weight resin-housing saw coming out soon too, model SPT67WL-22. 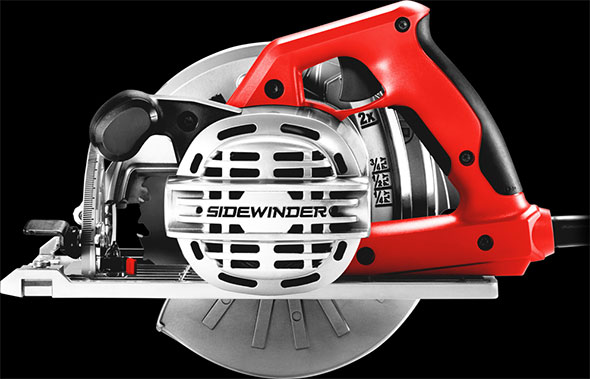 The two new Skilsaw Sidewinder circular saws are professional quality saws, and I must say, they certainly look the part – at least the magnesium version shown here. Both saws feature new motor technology that helps them “stay true.”

Skilsaw is also offering a Stay True Guarantee. Buy the saw, and try it out. If within 180 days you’re not happy with its performance, you can return it for your money back.

We’ll talk more about the new saws once additional details are made available.

Now, as for the new Skilsaw brand identity…

I think I understand the motive behind the Skilsaw branding shift. Skil has recently partnered with consumer hand tool OEMs to produce some questionable tools, such as the Secure Grip wrench set, Speed Slide wrench, a ratcheting adjustable wrench, and Ratch-N-Lock pliers. I have seen a number of Skil hand tools before these, but none that were so “holiday giftable” as these contraptions.

The Skil in Skilsaw looks nothing like the Skil in Skil, and I think that was part of the point of all this. Will it be enough to help create further separation between the brand’s professional saws and their more consumer-targeted tools? It could be.

It will definitely be interesting to see what evolves from all this. My feeling is that the Skilsaw brand will be kept under the Skil umbrella, but perhaps the different look will be enough to keep professional users from seeing Skil and Skilsaw as one and the same.

It’s possible for one brand to have different sub-brands which represent different levels of quality – just look at Stanley and Stanley FatMax; Proto and Proto Blackhawk, Snap-on and Snap-on Blue-Point, and Craftsman and Craftsman Evolv.

Perhaps there was already some differentiation between Skil and Skilsaw, but I never really considered Skil and Skilsaw in different light. And that’s part of what probably helped inspire these changes. Brands often cannot be multiple things. Can a brand offer professional tools alongside DIY/consumer/homeowner tools? It sends mixed signals when the sub-branding isn’t clear enough, and mixed signals lead to lost sales opportunities.

What do you think? Will the new Skilsaw branding help you disassociate the company’s higher-end saws from less relatable tools that only bear Skil branding?