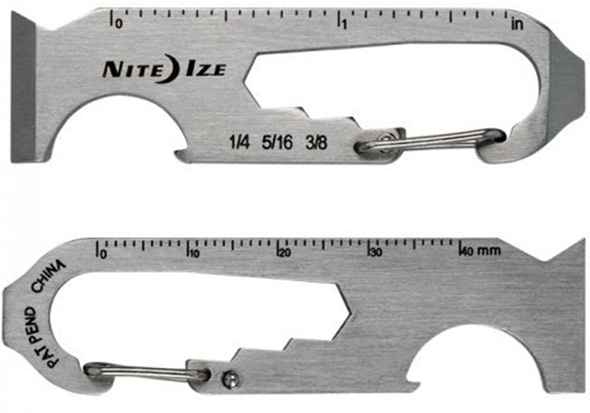 The Nite Ize Doohickey is a small keychain-sized multi-tool. I just learned that there’s another Nite Ize mini one-piece multi-tool, the “Doohickey 6X.”

The paint scraper, tape cutter, and scoring tool functionality has me both intrigued and drawn back. A paint scraper? I guess it could maybe come in handy for those times when… sorry, I’m all out of ideas. The product images do show it being used as a plastic clamshell opener, with what I’d guess is described as the tape cutter edge, and that definitely seems like a handy feature.

I think that the original Doohickey is a great tool, especially at just $4. A lot of people like to carry a bottle opener, so why not add in a small pry bar and some other functions that could come in handy?

The Doohicky 6X is a few dollars more, and adds in the scraping edge and tape/clamshell piercing tip.

Replacement Toothpicks and Tweezers for Your Victorinox Swiss Army Knife