ToolGuyd > Hand Tools > Hammers & Mallets > Review: Nupla Handi-Hammer, a Handleless Dead Blow Hammer
If you buy something through our links, ToolGuyd might earn an affiliate commission. 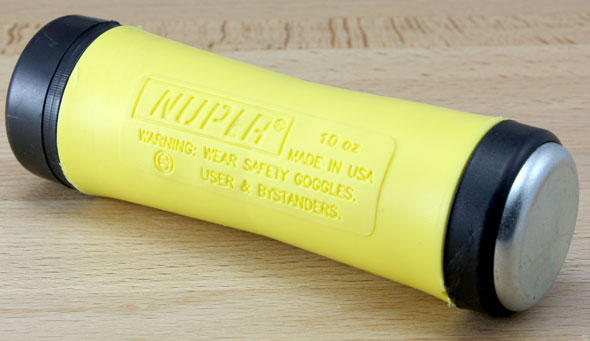 Nupla’s Handi-Hammer is a super-compact dead blow hammer that lacks the handle of a traditional hammer.

There are two reasons to buy something like this. Most often, I use my Handi-Hammer when there’s not quite enough room to swing a full-size mallet or dead-blow hammer. Other times, I pack it in a tool bag where I think I might need a striking tool but don’t want to carry a larger and heavier full-size tool.

The Handi-Hammer’s compact size means that it can be stowed nearly anywhere – a kitchen junk drawer, a small tool box, or a road kit.

Since Handi-Hammer is a dead-blow hammer, there is little recoil with each strike. One side has a steel striking plate, which helps deliver a harder blow, and the other has a rubber cap, which is soft and non-marring.

I have owned Nupla’s 10 ounce model for a few years now, and it has proven itself to be quite handy. While it won’t take the place of a good dead-blow hammer, the Handi-Hammer has earned a permanent place in my overflowing toolbox. 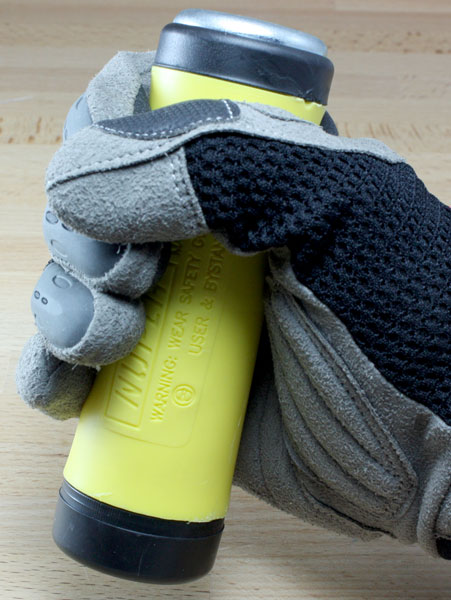 I have used this hammer mostly for installation and assembly projects, but sometimes I will use it with a wrench or a breaker bar and socket to show a stuck fastener who’s boss. While an ordinary dead-blow hammer or a rubber mallet could be used for these types of tasks, I find that the Handi-Hammer’s design allows for more controlled striking power and aiming.

Would I buy the Handi-Hammer again? Absolutely.

The Handi-Hammer I own was made in the USA. As far as I am aware, Nupla still manufactures these dead blow hammers in the USA.

The sample tested and reviewed was purchased at retail pricing.

This review was originally published on October 28th, 2010, and was updated and republished on July 1st, 2014.