ToolGuyd > Editorial > Observations About Tool Brands’ and Retailers’ Holiday 2018 Tool Promos
If you buy something through our links, ToolGuyd might earn an affiliate commission. 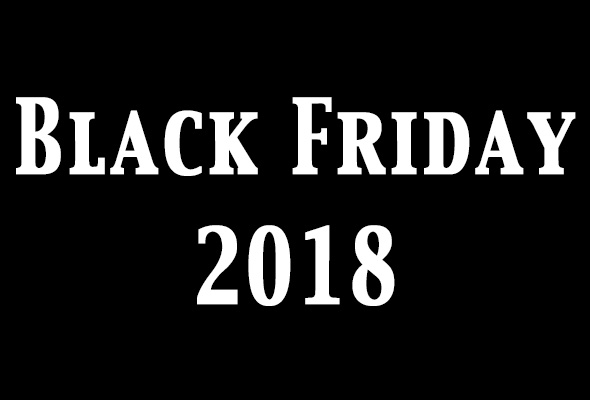 Acme Tools: Acme’s tool deals were exceptionally good this year, and I ordered quite a few new tools. They lost a few points for a disappointing Cyber Monday deal. $50 max discount? Boooo!

Home Depot: Home Depot had some great tool deals, and I ordered some promo items from them too. They lost some points with me due to poor packaging, but they gained some of those points back. My “Pro Black Friday” Empire Level purchase arrived in bespoke cardboard wrapping and was well protected. In another order, boxes of screws were packaged willy nilly, and so I now have a cracked box of 5/16″ lag screws that I can’t move around easily. Not a big deal, but annoying. They shipped my Milwaukee M12 screwdriver kit without an outer box, and it was delivered in the rain. If that was a gift and not for personal use, I would have returned it due to the soggy mess of a box. I’d like to see some more deal variety in the future, such as more hand tool deals, but overall I think Home Depot did a great job.

Lowes: Lowes’ deals were okay, but simply average. Their online store crashed during peak shopping times, and I was really annoyed with how they handled one of my orders. I bought two in-stock items before Thanksgiving, and it took them a week to ship them out. I received “sorry, your item is delayed, let us know if you still want them” emails, but their customer service apparently didn’t understand my instructions to cancel the orders because I kept receiving “your item is delayed” emails until they shipped out.

Walmart: With Walmart having launched a new Pro Tools storefront, I expected a lot more. They did have some deals, but not enough of the right kind. I was very disappointed.

Tool Nut: Tool Nut has some great deals, and their promos were well-executed.

Bosch: Bosch tried something a little different this year, with a $79 Freak hybrid impact driver/wrench kit at Lowes, and a $59 Core18V 4.0Ah battery pack. I wish they spread those promos to other retailers too, but they seem to have had an average-for-them array of holiday season promos and discounts.

Dewalt: Dewalt’s promos were perhaps a little above average this year.

Makita: There were more Makita cordless deals this year – a lot more than usual, and they were very compelling. Good job!

Milwaukee Tool: There were more Milwaukee tool deals this year too, and they were very, very good. I bought a couple of M12 tool kits, and an M18 HEPA vacuum plus 5Ah starter set combo. Their pricing was very aggressive on a lot of tools and bundles, and if I had to crown a winner of the holiday season promos, it’d be Milwaukee.

Ryobi: Dear Home Depot and TTI, PLEASE come out with another Ryobi 18V One+ RC truck bundle for next year!

Have You Used Ergodyne Tool Tethers or Lanyards?