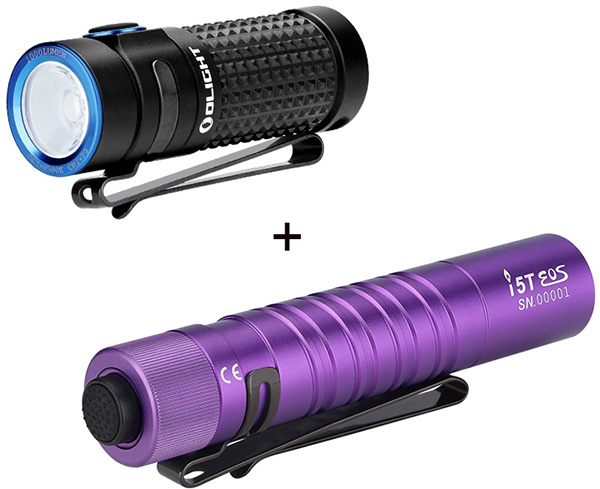 A lot of Olight’s specials, such as their (spectacular) titanium-body Warrior Mini LED flashlights, are expected to sell out very fast.

Once the flash sale goes live, and after the server calms down a little, THIS is the secret and unadvertised deal you should pay attention to. Unless of course you know exactly what you want, which is why we posted about Olight’s Black Friday deal a couple of days ago.

All of the Olight’s Black Friday deals are good lights, aimed mainly aimed at enthusiasts and specialty tasks. THIS deal is the one for both enthusiasts and beginners alike.

If you want a bright and compact LED flashlight with rechargeable battery, strongly consider this one. Any questions? Ask away. This model is the first rechargeable Olight flashlight that I tried, and it really pulled me deep into their product line. I’ll include a link to my initial review at the end of the post.

Despite my affinity for Olight’s Warrior Mini, this S1R II Baton flashlight is an easier recommendation for most people. In fact, I bought several during Olight’s last promo, to give as gifts for extended use testing.

Rechargeable battery flashlights can have a learning curve, but not these. They come with a magnetic USB charging cable, and this is by the simplest system I have ever used.

The S1R II Baton is a fantastic size. It’s small enough for regular carry, but large enough to actually be useful. I have grown especially fond of the bidirectional pocket clip. (It’s great for sticking to the brim of a baseball cap as an impromptu headlamp.)

Here, it’s bundled with a purple (white light) i5T flashlight that’s powered by a single AA battery. The i5T is regularly priced at $33. The black version is a little less, at $30.

So, you get both of these flashlights for $58.74 and free shipping.

This a fantastic deal! I ordered 2 similar deals back in August and paid $61.74 for the orange S1R II and purple i5T flashlight bundle.

I have been buying a lot of rechargeable flashlights for a comprehensive review and comparison, and the Olight S1R II is so far my favorite, at least in the $75 and under price range. Even among pricier lights, my S1R II has seen the most use in recent months. 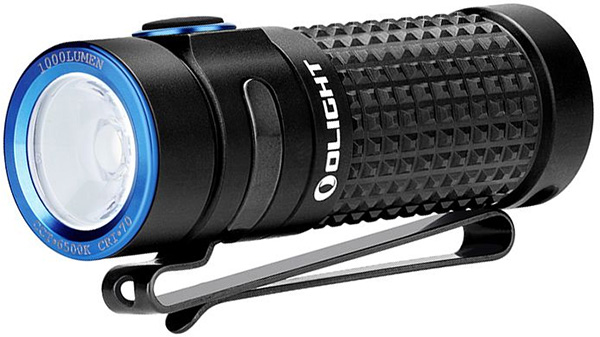 If you don’t want the AA flashlight, you can get just the black-body S1R Baton II flashlight for $45.47.

You get the free keychain flashlight if you register or sign in, and shipping is $5, or free on orders $49+.

Unless you have something against a purple flashlight, spending $8 more to get the AA-powered i5T is a good idea to consider. Personally, I like to use lithium cells with the i5T, placing it in strategic places for emergency or “whoops I should have brought a flashlight with me” purposes. 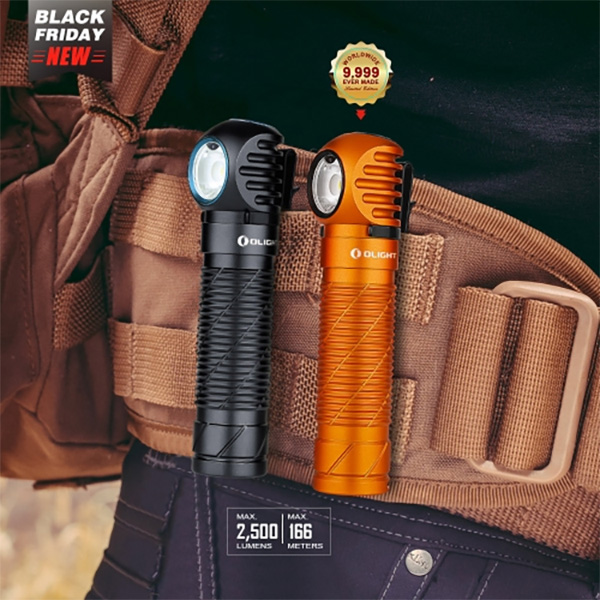 As a reminder, the Perun 2 will also be featured in this Black Friday 2020 flash sale. 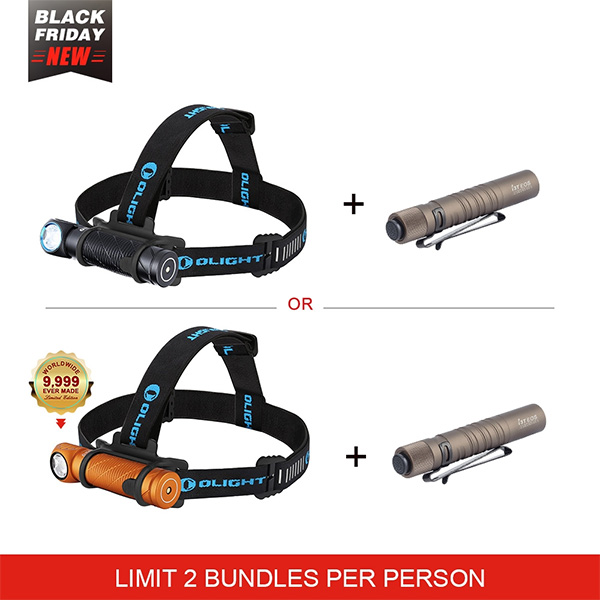 And, here’s the image of the Olight Perun 2 in its included headlamp strap. You can buy the Perun 2 by itself or bundled with an i3T 1x AAA LED flashlight. 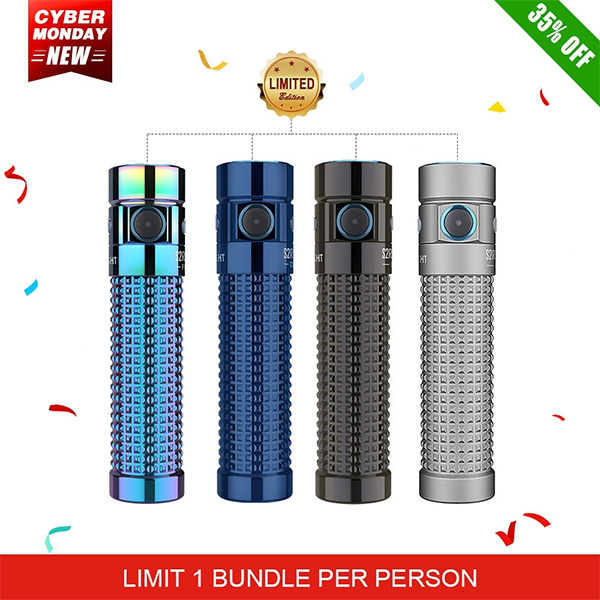 When (and not if) the Warrior Mini sells out rapidly, you can take comfort in knowing that Olight has a Ti-body S2R II Baton LED flashlight deal prepped for Cyber Monday. They tipped us off about it, so here’s a sneak peek.

It seems that these aren’t made yet, but the shipping ETA isn’t too bad – they say you will be able to order this light and it’ll ship out after about 3 weeks.

It sounds to me that the Ti Warrior Mini has been selling so fast (VIP members had early access) they Olight scrambled to come up with another option to avoid disappointing their customers.

If I’m being honest, I think that the S2R Baton II Ti flash sale deal might crash Olight’s website even harder come Monday.

Early Review and Info on the Olight S1R Baton II