ToolGuyd > Hand Tools > Precision Tools > Oria Precision Screwdriver Sets – Inexpensive Assortments for Consumers
If you buy something through our links, ToolGuyd might earn an affiliate commission. 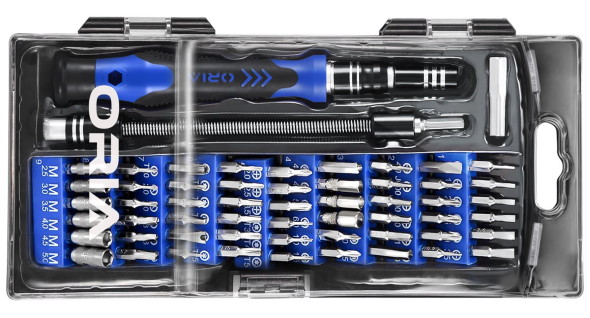 I recently posted about Wera’s new Kraftform precision screwdriver set. It’s a fantastic set, but if you’re looking for a more reasonable priced option, Oria has a couple of sets that are work considering.

Oria sells a 60-in-1 precision screwdriver set for $13.59, and it covers almost every type of small screw size or style most consumers will come across. 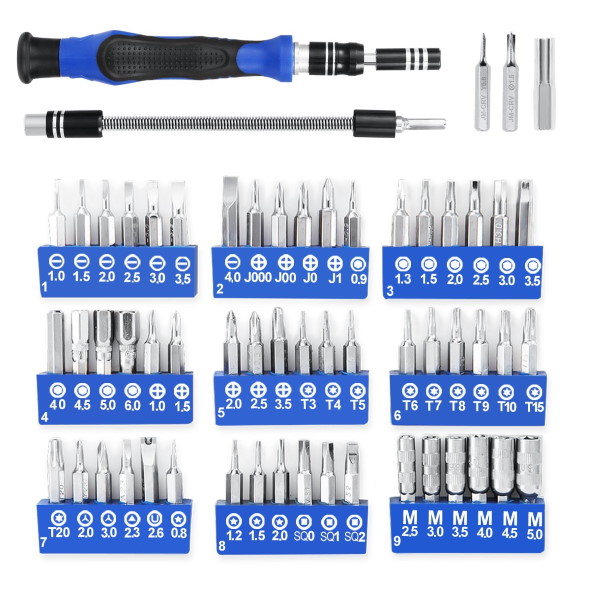 The 60-in-1 set includes 56-bits covering almost every eventuality. All of the bits are packaged in a nice compact case that still provides easy access. The screwdriver is well proportioned and includes a swivel cap end allowing you to apply pressure while you spin the driver with your finger tips.

It also includes a flexible screwdriver shaft, allowing easier access to those hard to reach spots.

If you’re not a fan of blue, they carry the same set in different colors. 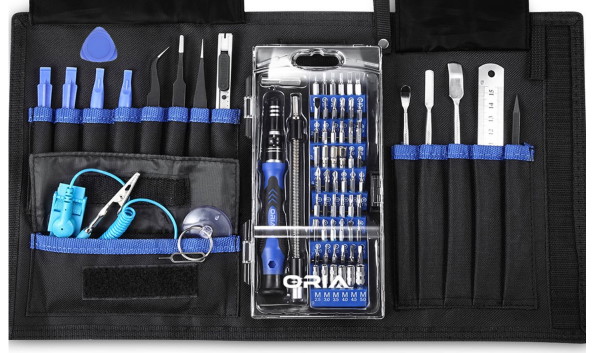 They also sell a larger set that includes an anti-static wrist strap, tweezers, SIM card ejector pin, triangle plectrum, plastic spudgers, and metal spudger. This kit might be useful for tasks such as swapping out hardware in a PC.

And yes, I did have to look up what a spudger is – apparently it’s a tool for separating pressure-fit plastic components, such as a phone case. You learn something new every day!

Stuart’s Note: A metal spudger can be used as a sort of thin wedge (but can be delicate), while plastic spudgers are useful for soldering tasks and other such things when you need a tool for part manipulation. Here’s more about a 3M plastic spudger I’ve been using. 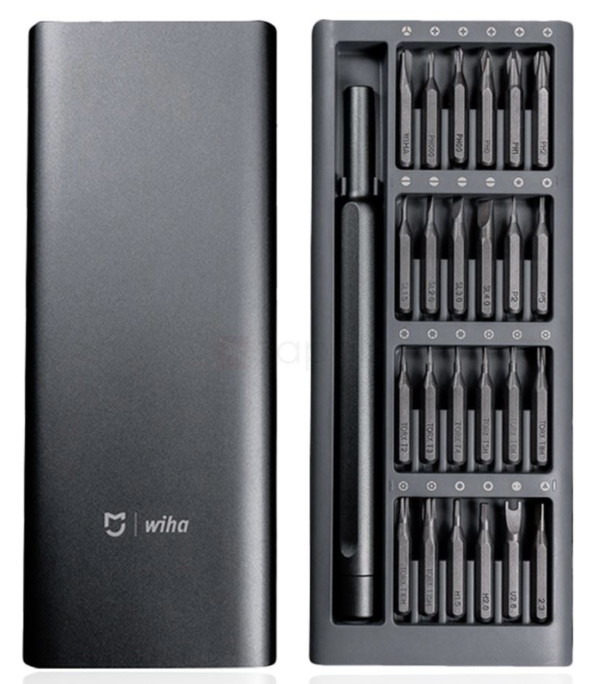 If you’re looking for a more familiar brand, this Xiaomi is worth a look, with the tools made by Wiha. Not only does it include 24 of the most common bits, it’s also a very pretty set! I’m tempted to buy it just based on that alone!

Stuart’s Note: This is a very nice set. I ordered one from a different seller, but there are a number of different listings seemingly for the same product.

Inside you’ll find a slightly smaller range of bits, but it’ll cover all the main use cases.