ToolGuyd > Fasteners > Paslode Claims Their Nails are Exactly as Advertised
If you buy something through our links, ToolGuyd might earn an affiliate commission. 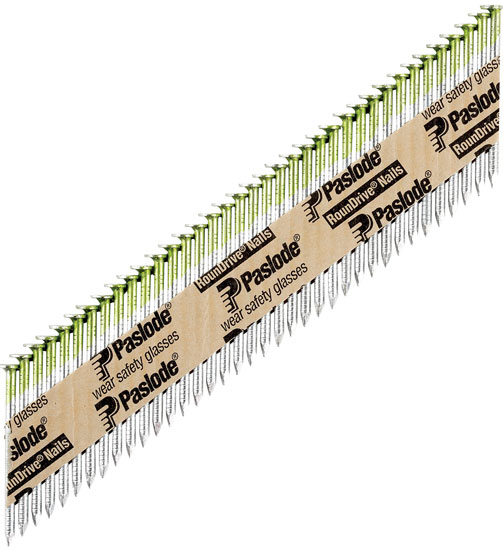 In late-November 2012, Paslode sent over a press release that says their hot-dipped galvanized nails meet corrosion resistant and dimension code requirements. They also insist their nails are superior to unnamed competitors’ nails.

Paslode markets their nails as being corrosion preventative and resistant and building code compliant and enlisted an independent test lab to prove the validity of these claims. They also had several competing brands’ nails tested as well.

Independent testing showed that not only did Paslode’s nails rust 200 hours later than one competitor’s nails during salt fog corrosion testing, they were compliant with building codes that required nails to be within ± 0.004″ of the advertised shank dimension. Some competitive products were found to be slightly undersized and outside of compliance limits.

We asked for a copy of the independent lab report so that we could examine and interpret the test results for ourselves, but it never showed up. Possibly because Paslode’s hot-dipped galvanized nails did not come up on top in all test areas?

What the Heck are Milwaukee’s ECX Screwdrivers and Bits for?