We have extolled the benefits of ball end hex tools in the past, and for good reason – they conveniently allow for working around obstacles, engaging fasteners at angles of up to 30° off-vertical. But, ball hex ends are not capable of delivering as much torque as straight hex tips.

I own a couple of PB Swiss low-profile hex keys, and they do come in handy, featuring a 100° angle that helps clear the tools above obstacles while also fitting into more confined spaces. 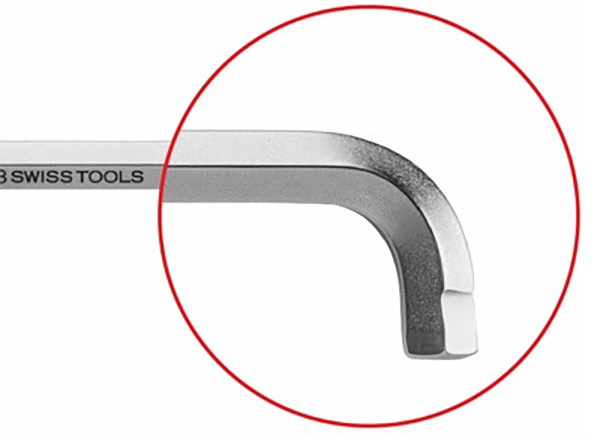 Now, PB Swiss has come out with a new stubby-sized 90°-100° hex key design, featuring a ball point at the long end and a very short and combination-angled end on the short end.

PB Swiss Tools describes the new shape as being hemispherical with a half ball point, capable of high torque for versatile applications.

The new hex keys are made from a special allow based on spring steel with exceptional elasticity coupled with high grade hardening.

The new 90°-100° hex end can engage and turn fasteners with a 10° range to one side, allowing users to work over obstacles where a traditional 90° hex key end simply won’t fit.

While you could potentially use a 90° hex key to access the fastener in a recessed structure, it doesn’t leave you with much clearance to fit your hand. 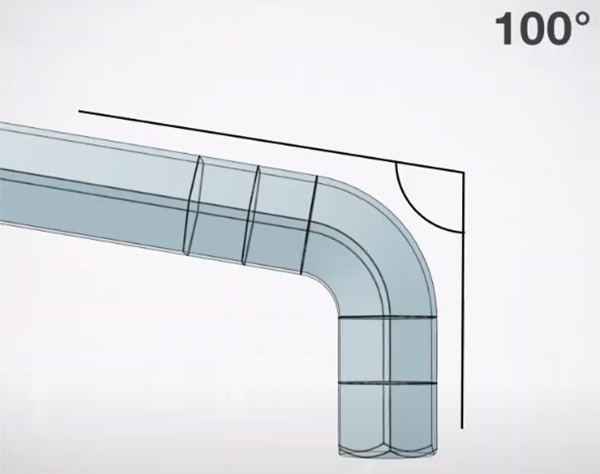 The stubby hex keys I showed above feature a fixed 100° taper. But what if you need to swing the hex key under an obstacle, instead of over it? 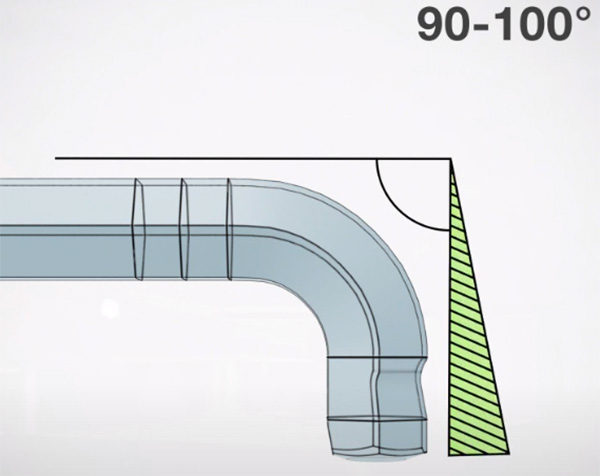 Here’s where the special hemispherical head allows for the hex key handle to engage fasteners at a variable axis.

In their intro video, PB Swiss shows off the new hex keys being used to access a fastener, swinging above a large side wall, and then below a higher obstruction, offering easier access and allowing for a wider swing than if traditional 90° or 100° stubby hex keys are used.

The new 90°-100° hex keys will be available in metric sizing, individually and in plain and rainbow color-coded sets.

Will it be useful?

I have straight hex keys, ball hex keys, and a new-complete set of low-profile angled hex keys from back when Amazon and Small Parts were clearancing them out at a great discount.

Over the years, those angled stubby hex keys have come in handy on occasion. You get the ball hex tip on one end, and the short angled straight tip on the other.

Personally, I see this new design as somewhat of a replacement to those low-profile hex keys, rather than an adjacent offering, and it does look to provide a little more added versatility. But, you can still opt for the 100° hex keys if you are so inclined, or traditional 90° ends in standard lengths. 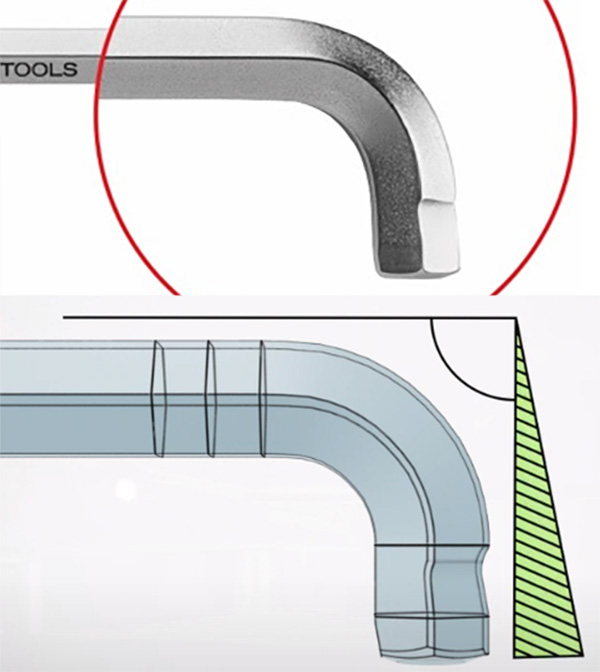 While some material is removed to allow for the special semi-ball-like shape, it doesn’t look to compromise the strength and torque capabilities of the hex keys. You only get a small range of adjustability compared to ball end hex tips, but seemingly without much reduction in strength.

This new design won’t change the world, but looks to be a convenient problem-solver for certain fastener accessibility challenges.

There are other tools that can rise over obstacles, such as bit ratchets or standard ratchets with screwdriver bit holders, sockets, and extensions, but few are as compact and easy to pack into a tool bag as a set of hex keys.

I love my PB Swiss hex keys – I have a couple of their rainbow color-coded sets – but haven’t used my low-profile hex keys enough to warrant an upgrade to this new design.

I would classify these new 90°-100° hex keys as specialty tools for technicians or industrial users, but the design seemed novel enough for discussion.