ToolGuyd > Hand Tools > Another Reader Joins the PB Swiss Owner’s Club!
If you buy something through our links, ToolGuyd might earn an affiliate commission. 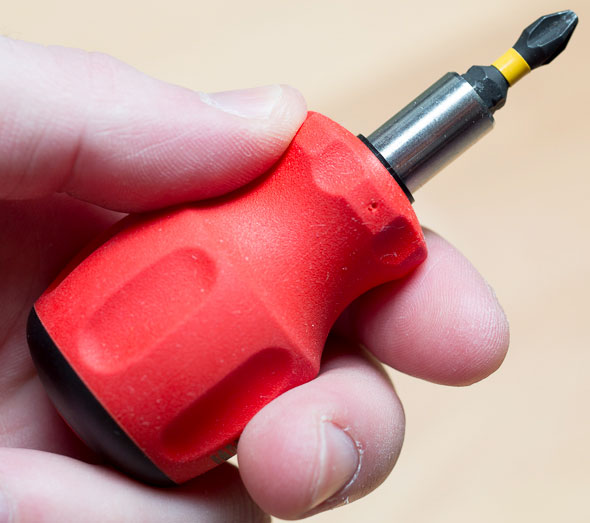 First, PB Swiss Tools make excellent, but pricey, products. Their higher prices mean you have to have a strong need or want to buy any of their tools. Second, their availability is very limited in the USA. The last I checked, there were only two distributors, ToolLady, and Count On Tools.

You can also find them on Amazon, sold by Count On (Fulfilled by Amazon), and smaller independent importers.

I’ve posted about PB Swiss over the years, but not as often as I could have, mainly because of their cost and availability concerns. But maybe I’ll make a point to post about PB Swiss Tools more often. I use a number of PB Swiss Tools on a regular basis that I’ve been meaning to review, and wouldn’t be opposed to trying new ones out.

This was all brought to mind by a recent email from Chris:

I got in touch with the Toollady, and ordered a ratcheting 1/4″ hex driver, a 1/4 hex cross handled driver, and a “T” like the one you got .

Not cheap, but then again, I have ran Snap On and Mac ratchet drivers for many years.

All I can say is, Wow! Very solid Kit. It won’t be my last order. If they don’t get swiped, they will go into my estate!

Another one joins the club! Thanks, Chris, for the email!

Here’s my quick video review of the T-Handle Chris is referring to:

I hate to admit this, but that T-handle driver has been on my review list since December. I have photos on my computer ready to be edited, and a bunch of notes just waiting to be whipped into a full writeup. But hey, at least I got the video up! And it is an amazing bit holder. The swivel collar works well to help me spin the driver for fast loosening or tightening, and it’s awesome that I can store a couple of screwdriver bits inside the handle

That image all the way at the top of the page is of my PB Swiss stubby screwdriver bit holder, which I reviewed back in October. Once you get a feel for Santoprene-gripped tools, other handle materials just won’t feel the same. And that’s a Dewalt FlexTorq screwdriver bit in the 1/4″ hex chuck.

You can find all of my PB Swiss Tools coverage here.

Be careful. PB Swiss Tools ownership is a one-way path where one purchase will often inevitably lead to more.

And no, there’s no PB Swiss Tools owner’s club. Maybe we can make one. We could call it the “I’m broke but at least I have these fantastic Swiss-made tools Club.”