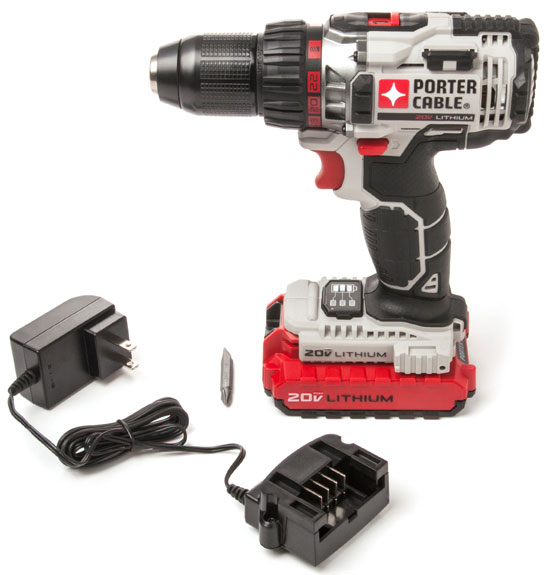 Over at Amazon, this Porter Cable 20V Max Li-ion drill/driver kit is on sale for just $70. The kit comes with the regular Porter Cable 20V cordless drill, (1) 1.5Ah battery pack, and a slow charger.

The 2-battery kit comes with the normal charger and a kit box, and is still on sale for $99 (deal info).

If you’re interested in a new 18V-class budget drill/driver for yourself, the 2-battery kit might be the better buy. But if you’re shopping for a first-ever drill for friends and family who might be new homeowners, apartment dwellers, or budding DIYers, the 1-battery kit offers the same drill but in a more affordable package.

This is kit is eligible for Amazon’s $20 off $100+ Porter Cable discount promotion. Here’s a list of Amazon’s other current brand discount offers, and don’t forget to check out our other deal posts!

At the $99 price point, there are a couple of other options, including a Dewalt 20V Max DCD771C2 drill/driver kit.