ToolGuyd > Power Tools > Cordless > New Porter Cable Brushless Drill is Imminent?
If you buy something through our links, ToolGuyd might earn an affiliate commission. 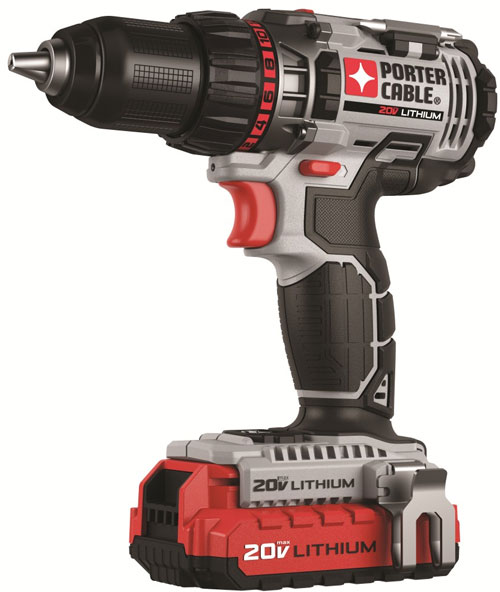 Could Porter Cable be in the final stages of developing a brushless drill? David Frane’s recent post at Tools of the Trade suggests that yes, it’s coming. (Shown above is their brushed motor 20V Max drill).

All of the mainstream top-tier professional tool brands have already come out with brushless drills and drivers, and many mid-level tiers as well. Even value-priced pro and homeowner brand Ryobi has come out with a brushless drill, although it’s not (yet?) available in the USA.

Porter Cable, which has expanded its 20V Max lineup in recent years, is marketed as a value-priced professional tool brand. Their cordless drill and impact driver have exceeded our expectations, performance-wise but are regularly criticized based on their aesthetics.

Some users don’t care what they look like, others think the tools look too toy-like.

In the Tools of the Trade post, there are images of what a brushless Porter Cable drill might look like. In a survey asking for a user’s preference, two versions largely draw from the current color scheme but include some additional accents, and two others completely eliminate the grey, in favor of red and black as the dominant colors.

In a recent discussion, and unfortunately I don’t remember who it was with, we talked about how Porter Cable’s 20V drill and driver are somewhat better and higher-tiered than the other main tools released during their 20V Max expansion. Recent cost-cutting drill and driver kits, with smaller battery capacities and slower chargers, disappointed me about the brand, but were not all that surprising. Porter Cable is trying to fill the hole between Black & Decker and Dewalt. Who knows where Bostitch fills in.

The prospect of a Porter Cable brushless drill excites me, which is exciting in itself. Hopefully we will see such a tool sooner than later, and maybe it will be the beginning of a successful brand-strengthening campaign.

All I know is that the brand could use some new energy. A brushless drill should accomplish that, with or without a new color scheme. For what it’s worth, I like the grey, red, and black colors.

Dear Porter Cable: do away with some of the greeble, and the current color scheme will work just fine.