ToolGuyd > Power Tools > Cordless > Porter Cable as a Cordless Power Tool Brand in 2020?
If you buy something through our links, ToolGuyd might earn an affiliate commission. 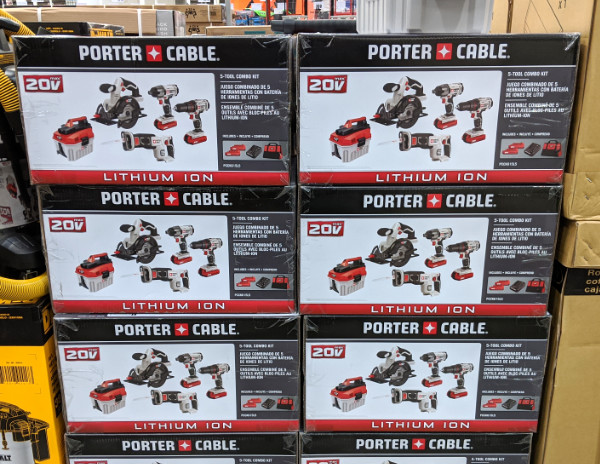 Someone asked the other day about where they can buy Porter Cable tools or accessories now that they’ve become scarce at Lowe’s. But even if they can find new Porter Cable cordless gear, should they invest any more money into the system?

Porter Cable’s 20V Max cordless power tool lineup includes some solid tools, and there have been some unique innovations. What other brand offers a portable charging bag, for instance?

Back in August 2018, I asked in a post: What Will New Craftsman Cordless Power Tools Mean for Porter Cable?

You can still buy Porter Cable 20V Max cordless power tools, and the focus seemed to have been on value-priced kits and combo kits, such as shown in the image above of a Costco display during the holiday shopping season (thanks to Benjamen for the photo!). 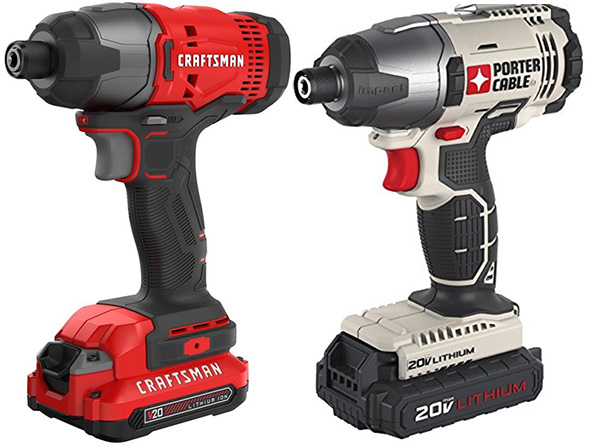 A number of Porter Cable cordless power tools have been seemingly adapted into Craftsman offerings.

The new Craftsman tools aren’t necessarily direct relabels, as some updates have been made. 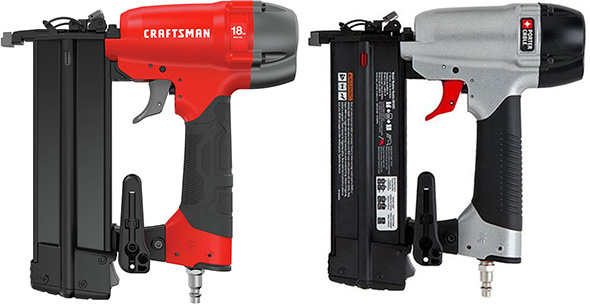 But the question remains – what about Porter Cable?

Porter Cable’s last Instagram post was 87 weeks ago, or about 20 month ago. No social media activity in 1.67 years?

What about Facebook? Their last post there was in November 2018, and that was a Black & Decker recall notice. Before that, they posted about the then-new tile saws in January 2018. That was more than two years ago. The same happened on Twitter – Porter Cable’s last posting was in January 2018.

There haven’t been any new Porter Cable tools.

Porter Cable stopped promoting, posting, or sharing about the brand on social media.

Craftsman and Lowe’s announced their partnership in October 2017. It seems that it wasn’t long after that when Porter Cable to run out of steam.

At the time of this posting, Walmart seems to have shed most of their inventory of Porter Cable combo kits, with all but a single drill and impact driver combo kit listing being offered by CPO Outlets, a 3rd party marketplace seller. Perhaps that’s not surprising, as Walmart worked with TTI to launch a brand new exclusive line of Hart-branded tools, equipment, and accessories.

I’m hesitant to use the word dead here, but it seems appropriate. Is there any life left in the brand and their 20V Max cordless power tool system? Is there any movement – any signs of activity?

I think back to a post I wrote back in 2012, about Porter Cable brand confusion and the mixed messages they were sending.

Porter Cable launched their 20V Max cordless power tool lineup with a decent drill and a decent impact driver. Then, they flushed out the line with a lot of more entry-level tools. They said they were after value-minded pros, but also that they saw Ryobi as their top competitor. Was Porter Cable a professional tool brand or a DIYer and consumer tool brand?

Porter Cable did come out with some serious-use tools and accessories over the years that I’ve been watching them. Their routers, router jigs, accessories, and other woodworking tools are still fairly well-regarded (at least as of the last time I conducted background research on the matter), although they probably lost some of their clout in recent years, due the strengthening competition even from Dewalt.

As you might know, Dewalt and Porter Cable are both owned by Stanley Black & Decker, and now so is the Craftsman brand.

Back when Stanley Black & Decker still held media events and luncheon events, they used to show a chart about how their many tool brands were positioned in relation to each other. Porter Cable, to my recollection, was positioned more as the “residential contractor” solution, with Dewalt aimed at tradesmen and commercial contractors. 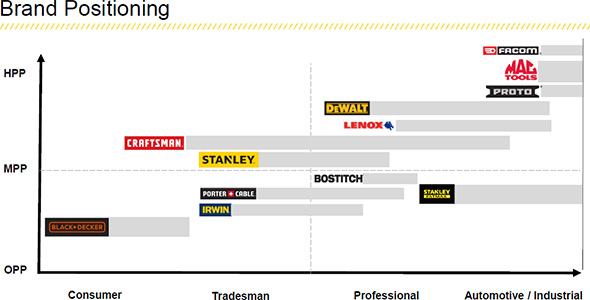 Shown here is a more recent chart, from Stanley Black & Decker investor materials, showing how all of their tool brands mesh with each other in regard to pricing and target audiences.

While we cannot quite take this at face value, pricing targets often draw parallels to quality, suggesting that the higher up a brand is positioned on Stanley Black & Decker’s chart, the higher the price and the better the quality.

Porter Cable seems to be fading away. Where are the new tools? Why isn’t Stanley Black & Decker exerting any effort into marketing the brand?

I’m sure that Porter Cable tools and batteries will be available for a long while, to support current 20V Max users.

Should current Porter Cable users invest further into the 20V Max cordless power tool system, or should any new tool needs lead them to consider buying into a different brand?

Should anyone just looking for a value-priced cordless power tool combo kit consider Porter Cable above competing brands such as Ryobi, Craftsman, Kobalt, Hart, or Ridgid?

If you ask me, there aren’t any signs of life left in the Porter Cable 20V Max cordless power tool system, and probably not in the brand as a whole either.

I can’t say I blame them, with Craftsman being the new star of the show. Is Porter Cable just going to be the brand of tools that Stanley Black & Decker sells at retailers that don’t yet have full access to Craftsman offerings yet?

There’s still hope that we’ll see Porter Cable invigorated with new tools, focus, and efforts. But when? If not by now, have they given up? Will Porter Cable continue to be left to fade over time?

Maybe I’m wrong in not seeing any life left in Porter Cable as a cordless power tool brand, but in that case I’d say show me that I’m wrong. Sure, I guess they’re still alive at the lower end of the spectrum, still catering towards beginners and bargain shoppers, but that’s not what the brand was supposed to be. Isn’t that were Black & Decker tools were supposed to be positioned?

Are any tradesmen and professionals, the target audience according to Stanley Black & Decker, still buying Porter Cable cordless power tools?