ToolGuyd > Hand Tools > EDC, Pocket, & Multitools > Reader Question: Recommend a Bright One or Two Mode LED Flashlight
If you buy something through our links, ToolGuyd might earn an affiliate commission. 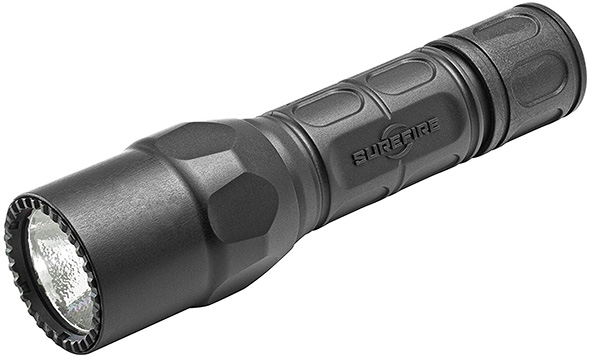 A long-time friend has been having some difficulty finding a good LED flashlight that’s not too expensive, very bright, and with minimal modes.

Initially, the request was for just one operating mode, but I think that limits the selection pool too much. There are some one-mode LED flashlights, but there are more that are two-mode. It can be a hassle to have too many options, but some two-mode flashlights have an on/off clicky button, and the second mode is toggled to and from with a twist of the head module or tailcap. So, it could be used as a one-mode flashlight unless you needed that second brightness mode, often a low output power-conserving mode.

At the top of my head I thought of the Surefire G2X, shown above. It’s available in a one-mode “tactical” model, or a two-mode “Pro” model. Both have a max brightness of 600 lumens.

The Surefure G2 features a time-tested design, with a polymer body, polycarbonate lens, and durable construction. Both options are powered by two CR123A lithium batteries, and both are priced at ~$60.

I also thought of Elzetta, but their lights are not inexpensive. I’ve had one since I reviewed a sample provided to me in 2011, and I shared 5-year experiences about it in 2016. It’s still holding up well, and I might eventually buy a non-crenellated version for personal use/EDC.

There’s also the Fenix PD35, which is rated to 1000 lumens but has multiple output modes. There’s an “outdoor mode” with access to 6 different modes, but also a “tactical mode,” which has access to 3 modes, but defaults to the max brightness mode every time.

The side switch for mode changes might make the PD35 less of a hassle than flashlights which require mode cycling through the on/off button.

The PD35TAC is powered by two CR123A batteries or a rechargeable 18650 battery. It’s priced at ~$61 and doesn’t come with batteries.

I have grown fond of Husky’s LED flashlights, but the last time I checked they don’t have compact flashlights at this level of brightness. 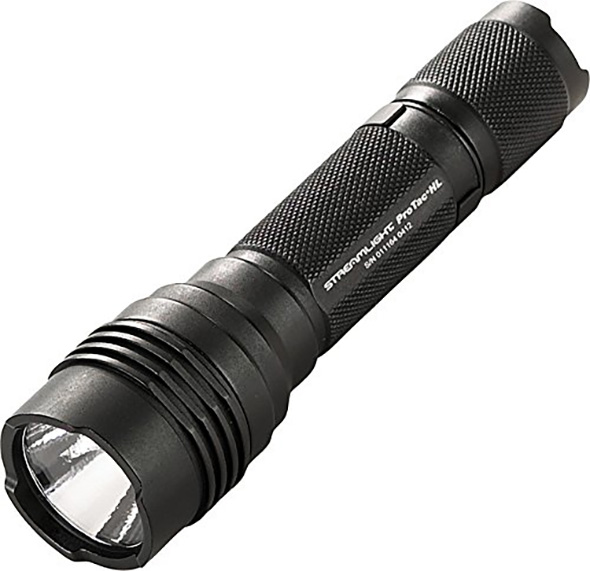 The Protac HL delivers up to 750 lumens of illumination. It has 3 output levels, BUT its “Ten-Tap” programming allow users to select between 3 different programs. The 3 programs are high-strobe-low, high output-only, or low-output only. So, although it’s a multi-mode LED flashlight, the Streamlight Protac HL can be configured to operate as a one-mode flashlight.

The user manual doesn’t mention if the programming is retained when you swap out batteries, but I’d hope it is.

It can be frustrating to have to program a flashlight to change it from factory settings, but the process is preferable to not having that option. 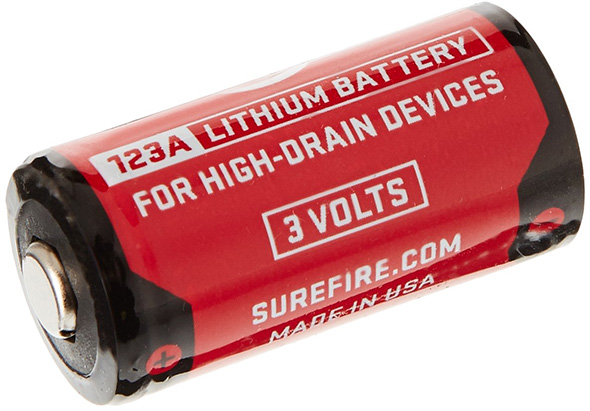 There are lots of battery options. A 12-pack of Surefire batteries is $20-21. Or, a 6-pack of Energizer batteries is $11-12. I’ve heard good things about Streamlight and Panasonic batteries as well.

None of these options get very close to 1000 lumens, but I’d think that the operating modes are bigger purchasing consideration factors than absolute brightness.

There are very many less expensive “1000 lumen” flashlights on Amazon, but I don’t know how reliable those brands are, or how trustworthy their specs.