ToolGuyd > Editorial > Reader Question: Where are the New Tool Guides?
If you buy something through our links, ToolGuyd might earn an affiliate commission. 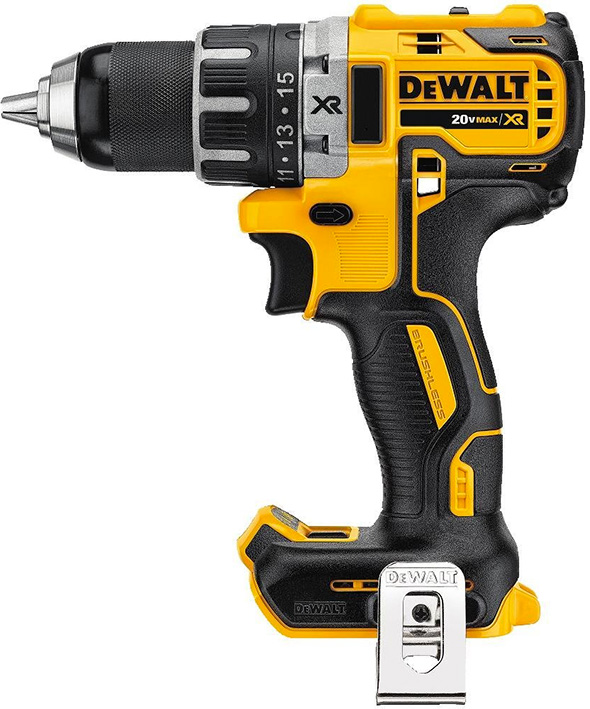 Shown above is one of my favorite cordless drill/drivers, the Dewalt DCD791, which I ranked as the best 18V compact cordless drill, of 2016.

Hello, love the site. I have been using it since late 2015 early 2016 and I was wondering – have the guides just stopped? I don’t see a 2017 drop down or really no updates to it all. I was hoping you will start expanding on these.

If you look at our tool guides category, or the items in our drop-down top menu, there hasn’t been a lot of new stuff in recent years.

Thanks! I’m working on it! It’ll take some time, though. Did you have a particular category or type of tool you would like to see updated or added sooner?

Some of our long-time readers might have noticed changes in ToolGuyd content in recent years. I had avoided talking about things, knowing there would be a time and place. I suppose now’s a good time.

Back in 2014, we had our first child. Before he was born, I had debated about what to do – find a job at a lab or research facility with in-house childcare, or stay home myself. At the time, I had rarely looked at job postings, let alone applied to them, but it was something I considered.

We were also looking for a house, and I at times considered whether we should look near areas I potentially wanted to work.

Since I was already working from home, I figured I could easily care for my son. Daycare? It could wait.

Things were pretty easy at first, but got really hectic towards the end of the first winter holiday season, and I sought help. That’s when Ben joined. You can see his posts here, and also sprinkled throughout the past 3 years of ToolGuyd.

Not a lot changed after my son was born. I lost time during the day, but had plenty of time to work when my son napped, and also in the evenings, nights, and often early mornings. Weekends too.

Then we bought a house. My son was around 20 months old. There was more to do, he was more active, and my wife was pregnant with baby number two. I lost evenings and weekends, since my wife couldn’t easily lift or keep up with our son.

My son started daycare (nursery school?) after my daughter was born. That relaxed my schedule a little bit, but things got even more complex, and I never quite adjusted to the timing difference.

There was no way to accommodate everything I needed or wanted to do. Not on ToolGuyd, not in the house, not with personal projects.

My son was doing great at the daycare and loved it.

I calculated that things changed around 18-20 months. That’s when my son needed more than I could realistically provide. More attention, more activities, and more social interactions than can be provided at his once a week kiddie gym class.

Younger than 18 months, and my daughter would have been placed in the baby class. More than not liking the idea of that, I would have missed out on too much.

And so I had determined that I would stay home with her until she was at least a year and a half old. She just started daycare/nursery school.

I had continued to test tools, and worked on smaller projects or larger projects over a much longer period of time.

But full-photo reviews? It became a lot harder to do these than I had anticipated. I had all the testing done, impressions formed, and experience ready to base recommendations and conclusions off of, and so I decided on quicker reviews, in order to keep things moving forward.

Writing up tool guides is also very time consuming to do.

Longer format posts kept getting pushed further and further down my to-do list.

Meanwhile, my email response time skyrocketed. There are many emails that I read and intended to respond to or act upon, but I just couldn’t.

There’s something awfully depressing about only having the ability to do part of what needs to be done. There was just no way to catch up, despite my best efforts and intentions.

It’s like having 1 hour to do a 4 hour job. Or 1 hour and having to choose which of several 1 hour jobs you tackle and which you don’t.

Ben was and continues to be awesome. He has definitely made things easier on me, in many ways. But I couldn’t scrape my entire plate of work onto his or anyone else’s plate.

I plodded on with two things in mind. First, I knew that eventually my daughter would be in nursery school and that I would regain working days. Second, I had believed that I was only compromising on behind the scenes things, such as emails. That was probably just me lying to myself.

I have given myself until the end of February to get myself ready.

No, things will never quite be the same as they were. Having kids and owning a house means there’s a lot more I need to do and want to do. Back in 2013, I could work 12-16 hours a day. Now? Nope.

But I’m more mature now, and I think that with better structuring, planning, and organizational skills, I can make things better.

I have always had a vision for what I wanted ToolGuyd to be, and what I wanted to do, and despite having more responsibilities and obligations, I have never been in a better position to work towards that vision.

As mentioned, I am still working on “stuff” right now. I’m getting the house into the shape I want it, I’m shaping my workspaces into productive environments, and I’m planning things out for optimal execution.

I’m working on more tool guides, and have testing completed for several of them. I’m working on new full-photo reviews, and I’m planning out a project schedule.

It will take me some time to catch up on my backlog, but I am also pushing forward, rather than adding to the backlog any further.

I will be incredibly busy these next couple of months, and I love it. Being busy is good. It was always being rushed and short on time that stressed me, and it probably would have broken me too, if I had not constantly reminded myself about the light at the end of the tunnel.

I would not change anything about the past few years. Well, maybe I would have started my son at nursery school a few months sooner (he started when he was 2). But then again, I really enjoyed that time with him.

Maybe I could or should have reduced my posting schedule to 3 per week, instead of 1-2 per day. But there was so much to say, and so much I wasn’t able to budget time for, that I might not have been happy with that, either.

The denial probably hurt, where I kept convincing myself that I was keeping the public-facing side of ToolGuyd intact, despite what was happening behind the scenes.

But I would absolutely have still stayed home with my kids. I have zero regrets there. It was amazing, and the joy irreplaceable. Someone had told me early on that my kids will be young once. So how could I have given up the opportunity to so closely watch and help them grow from newborns to toddlers?

I knew it would be hard, but only in hindsight do I see how truly hard it was on me.

In other words, I have good reasons for why certain reviews lack photos and why I haven’t updated older guides or created new ones.

I have so many ambitions for these next few months, and so many things I really look forward to working on.

More guides? You got it! I have more than a few in the works and am open to requests and suggestions!

Thank you Jerry, for the support, great question, and for providing a good opportunity for me to get all this off my chest!

Thank you everyone, for your support and helping to keep me motivated, especially these past few years. Your comments, emails, kinds words, continued support, and overall awesomeness helped keep me on track.

While juggling kids, a new home, life, and ToolGuyd has been a great challenge, and it wasn’t always fun, there’s not much of any of it that I would or could change. You guys helped me push through it.

Both of my kids have been to local “show and tell” meetings and events. I’ve changed diapers and gave bottles while on the phone, I’ve written up posts with a teething kid sleeping on my shoulder. My son recognized Home Depot before he could actually say it in 2 words. “Hammer” is one of my daughter’s first 2-syllable words.

My passion for ToolGuyd and its audience has never been stronger. Although I miss many aspects of scientific research, and I sometimes wonder what would have happened if I hadn’t started ToolGuyd, I can’t imagine not having ToolGuyd in my life and a part of my day, every day.

Thank you for being a part of this, your support means so much to me, and makes everything possible.

I look forward to a very productive 2018, and hope that you’ll love what I have in store for you.

P.S. Did you know that I intended for ToolGuyd to be pronounced as ToolGuide? There WILL be more tool guides. =)