For the past eight years, in one form or other, and in one place or another, I have written a series on recommended gear. The idea is to find the best set of tools for everyday carry for less than a certain amount of money. Everyone carries a watch, wallet, keys, and a phone. This series focuses on adding a few items to that set of things that will greatly expand your ability to do work and solve everyday problems.

The goal is to identify a knife, a flashlight, and a multi-tool that offer exceptional value. By value I mean a comparison of price to performance.

This year I am looking at gear in three groups: under $50, under $200, and under $600. I used to do many more price points, including one where the sky was the limit, but I figure these three price points sufficiently cover entry level gear, mid-priced gear, and enthusiast-quality gear. All of the items selected must still be in production and I will use street prices and not MSRP or MAP.

When you are looking to assemble a knife, a light, and a multi-tool for under $50, you are making serious sacrifices in terms of materials, performance, and features. At this price point it is probably better to sacrifice the knife and simply go with a multi-tool that has a knife and a flashlight. You will not find decent steel at this price, but you can find bright flashlights because LED emitters keep getting cheaper and brighter. Finding stuff made in the USA is exceptionally hard, though not impossible. 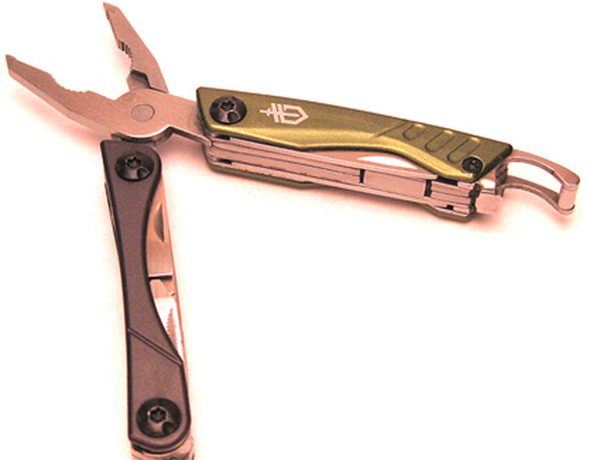 The Gerber Dime is one of the best-designed keychain multi-tools on the planet. It just happens to have fit and finish spottier than a leopard. If you have the ability to handle each unit in person, sort through a few and find the best one. If you can’t and you get luck with a good Dime, then consider it a score. It’s a quite useful multi-tool, featuring a good cap lifter, nice scissors, and a tiny knife with a good bit of belly. 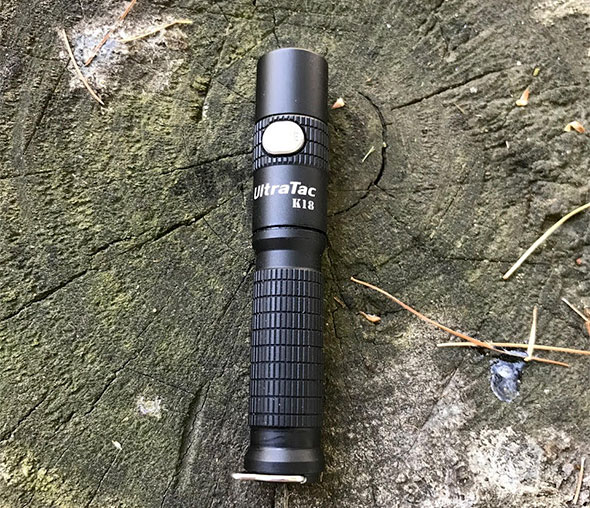 The Ultratac K18 is a fabulous 1xAAA light. It hits 380 lumens on a rechargable AAA battery, has a nice side switch, and it has a clever lanyard attachment point that also aids the light in doing a tailstand. Other than the friction fit clip there is not much to complain about and as you can see, it is a great value for what you get.  A super persnickety person might dislike the debounce times on the switch, which can be a bit unusual.

Note: The newest version of the K18 LED flashlight has a flat bottom, allowing it to stand upright. Shown here is the older version. 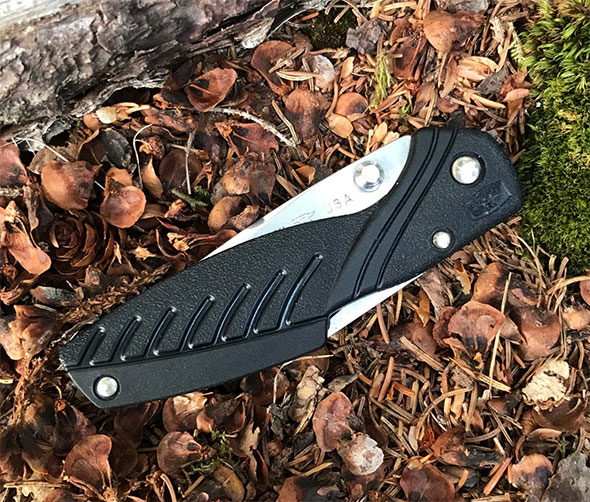 This one scrapes the upper limit, but for the extra few dollars you get a REAL knife and the aforementioned high quality K18. The Rival I is the first new small Buck design in a long time and it is excellent. Imagine a SOG Flash I with better steel (Buck’s awesome 420HC), a better handle design and no wonky assist. There are other sizes in the Rival line but the Rival I is a great EDC blade size, with a 2.75 inch blade.

Note: The newest version of the K18 LED flashlight has a flat bottom, allowing it to stand upright. Shown here is are several older versions (black, blue, red), and the newer style (gold finish).