ToolGuyd > Hand Tools > Screwdrivers > Here are Some Recommended Ratcheting Screwdrivers
If you buy something through our links, ToolGuyd might earn an affiliate commission. 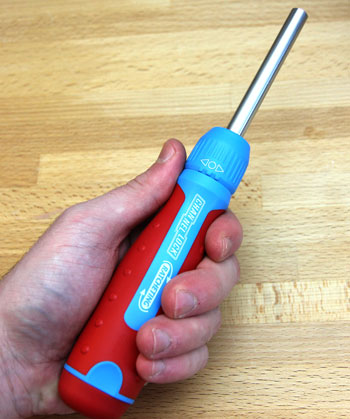 Earlier today, Benjamen reviewed Dewalt’s MaxFit screwdrivers, which are pretty darned good. He’s not the only one that’s quite fond of them.

As previously discussed, we went through a move. This meant packing up all of my tools, including my many dozens of individual screwdrivers of all styles, sizes, and brands. I haven’t unpacked them yet, and have been using my Channellock ratcheting screwdriver quite a lot lately.

I have been using that driver and my go-to Wera flex-head ratchet sets a lot these month, and couldn’t help myself from gushing about them.

I reviewed the Megapro-made Channellock ratcheting screwdriver a few years ago, and it remains as good and well-recommended a driver now as it was then. Would I buy it again? Probably. Maybe. More on that in a moment.

I did notice that it skipped a few gears at times, but generally when pushed really hard. It’s held up quite well, longer than other inexpensive ratcheting screwdrivers have lasted in my hands.

It’s priced at $30 and is well worth it. Lesser ratcheting drivers are okay, this one is smoother and more comfortable to use.

There’s one thing I don’t quite like about the Channellock driver, and that’s its double-sided bits. Sometimes I like the convenience of double-ended bits, but not when I come across a task where I need to pull out different insert bit size or style and a completely different tool because 1″ bits don’t fit the Channellock screwdriver. 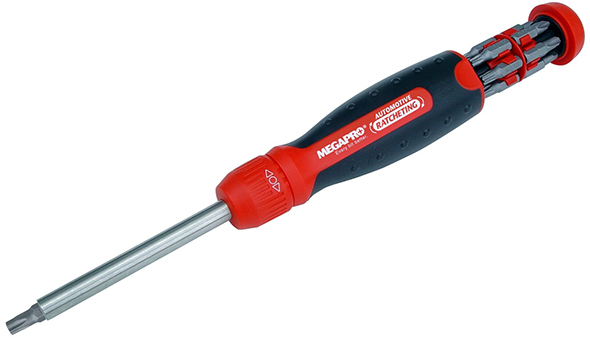 Good news, Megapro makes a similar ratcheting screwdriver that works with standard 1″ bits, for around $36-36. The internals are the same, and only the bit holder and storage compartment are different. Since this one is geared towards automotive applications, maybe the handle is more resilient to certain fluids and chemicals. 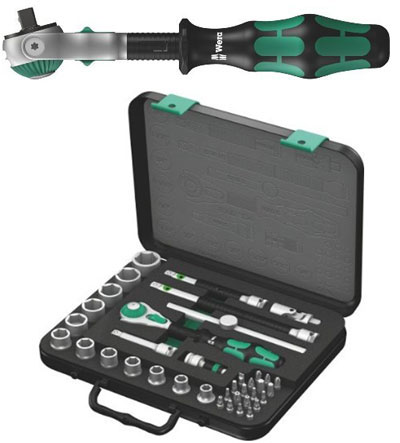 I have also been using my Wera Zyklop sets a lot. There are plenty of gimbal-head ratchets out there these days, but I find the Wera Zyklop ratchets, recently rebranded as Wera “Speed” ratchets, to be quicker and better to use. Aside from that one time I dropped a socket into my car’s engine bay, the quick release socket lock mechanism works like a charm.

Best of all, my 1/4″ and 3/8″ sets are compact and tidy, easy to pack into my minimalist rolling tool box.

Tell us about your favorite ratcheting screwdrivers!