ToolGuyd > Power Tools > Cordless > Would You Buy No-Name Replacement Power Tool Battery Packs?
If you buy something through our links, ToolGuyd might earn an affiliate commission. 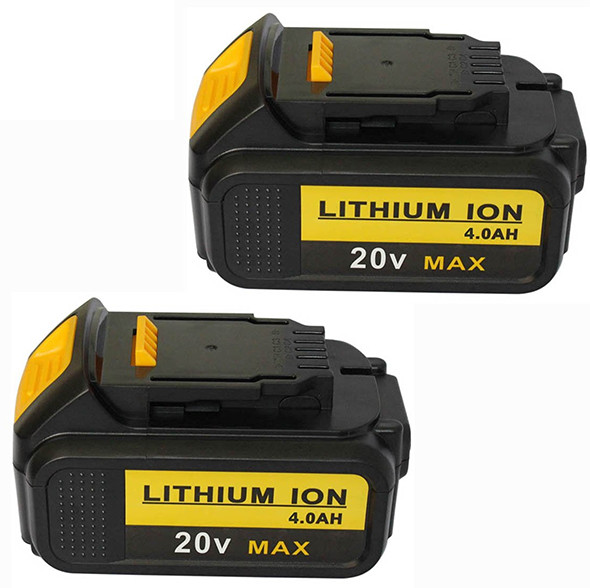 A few people have asked about whether or not I have ever used replacement battery packs, such as these “Gerit” branded packs.

Some brands offer even better prices. This Enegitech 2x 5.0Ah battery pack is $75 via Amazon.

You can call me skeptical, naive, or maybe even dumb, but I am extremely hesitant to use anything other than official battery packs. The same is true whether we’re talking about power tool battery packs or camera battery packs.

Non-branded replacement Li-ion battery packs for my camera are high rated, but I’m still skeptical. If I had a $150 camera, okay, I might give it a shot, rather than paying $65 for a spare battery. But these days I’m not using a $150 point and shoot camera.

With power tools, where cordless packs need to be capable of delivering a huge amount of power to heavy duty tools, I’m even more distrustful of generic replacement battery brands.

The high performance cells that are in Dewalt’s 4.0Ah packs? There’s no way you could buy 20 of them for $62. Given the per-cell prices I’ve seen online, I just don’t see that happening.

So, let’s assume for a moment that lesser cells are used. You might run a low powered tool just fine. You might even run heavier duty tools just fine. But are those cells going to be run at the thresholds they’re designed for?

Do those packs have the same safety circuitry, designed to prevent overloading or overheating the cells?

Do you remember the issue last holiday season, with the hoverboard balancing scooters being mass-recalled because of exploding and burning battery packs? That’s what happens when battery packs are thrown together with price in mind instead of safety and performance.

Maybe there are decent replacement battery packs out there, but for how much we spend on our tools, are they worth it?

Here’s a big problem I’m seeing with all the positive reviews of some of these replacement battery packs being sold on Amazon on elsewhere:

Look at the page of the Enegitech cells. Post of the reviews are less than 2 months old, positive and negative alike. I’ve been seeing this with a lot of no-name-brand stuff, in all kinds of industries. They pop up on Amazon, and loads of reviews are posted up really quickly, many with “I’ve received a discount or free product in exchange for review consideration” mentions.

I don’t see similar mentions with these replacement battery packs, but it just seems odd to see so many positive reviews in just a short time.

Even if they’re all genuine, Day 1 reviews aren’t all that reliable when it comes to battery packs. Put them through a few tool and charger cycles, and then some heavy duty high-draining tool use, and then their true qualities will show.

My hesitation is based on skepticism. Have you been using non-branded replacement batteries for your power tools, and if so have you had mostly positive or negative experiences?

If you’ve never tried non-branded batteries, would you?

And it’s not just replacement Dewalt batteries that are out there. A quick search and you can find them in all shapes, colors, and sizes.

What’s Most Important to You when Choosing Cordless Power Tools?