ToolGuyd > Power Tools > Cordless > Ridgid’s 12V Palm Impact Driver Has No Trigger!
If you buy something through our links, ToolGuyd might earn an affiliate commission. 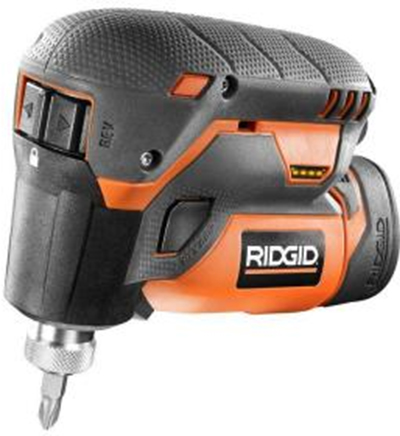 At first look, the Ridgid 12V R8224K looks a lot like Milwaukee’s M12 palm nailer, only this isn’t a nailer – it’s a super-compact cordless impact driver!

We have all seen cordless pistol-grip and right angle impact drivers, but I don’t think I have ever seen a palm impact driver before. Have you? This might be the world’s first.

Another important thing about this impact driver – it has no trigger switch!

Instead, Ridgid designed their palm impact driver with a Push-to-Drive feature that offers pressure-sensitive speed control. The absence of a trigger switch means users can grip and hold the tool in whatever way is most comfortable for them.

We originally posted this preview on November 3rd, 2014, but took the post down as a courtesy when we were told that the palm driver wouldn’t be in production until late 2015 and that details might change. Well, “late 2015” came and went, and it’s now early 2016.

But… it appears that Home Depot has since taken down the page (again), but the cache is still up in Google. Just search for “Ridgid 205358318” and you’ll see the hit.

Let’s just hope that it won’t be another 14 months until this innovative-looking tool makes another reappearance. 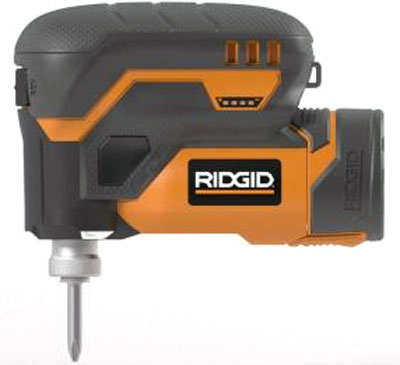 There was early mention of the Push-to-Drive feature, and it looks like Ridgid stuck with this design. Ridgid says that this tool is first to market with an all new Push-to-Drive feature. This feature allows for pressure sensitive variable speed control without the use of a trigger.

The kit comes with (1) Li-ion battery pack and a charger.

ETA: ? If we had to guess, we’d say the new Ridgid R8224K impact driver will be released sometime between now and Father’s Day.

The new Ridgid palm impact driver definitely looks to be quite unique and innovative. I like the idea of a trigger-less pressure switch, which kind of sounds a lot like the pressure-activated paddle switches Black & Decker designed into their new sanders.

With a max torque rating of 400 in-lbs, this is going to be a light duty tool. Even so, its triggerless variable speed feature and its compact design dramatically increase its appeal. It looks like the Ridgid palm impact driver will be the type of tool you could use in tight spaces too small for other tools to fit.

I wonder how much it weighs. Home Depot’s site says 5.3 lbs, but that seems ridiculous for a tool that’s supposed to be palm-sized and compact enough for use in tight spaces. That’s probably the weight of the tool, charger, and battery.

Do you know what would be awesome? If this impact driver was engineered with the same quiet impact tech as Ridgid’s Stealth Force cordless pulse driver. But since this is an impact driver and not a pulse driver or impulse driver, that’s probably not the case.

What do you think – is this destined to be a specialty tool, or is it the perfect size for a compact and light duty fastening companion?

This post was originally published on 11/3/2014, but was taken down after a day or so. It was republished in Jan 2016 with updated info and details, with the original comments carried over.