ToolGuyd > Power Tools > Cordless > Sneak Peek: Ridgid 18V Cordless Miter Saw, and a 5Ah Battery Pack!
If you buy something through our links, ToolGuyd might earn an affiliate commission. 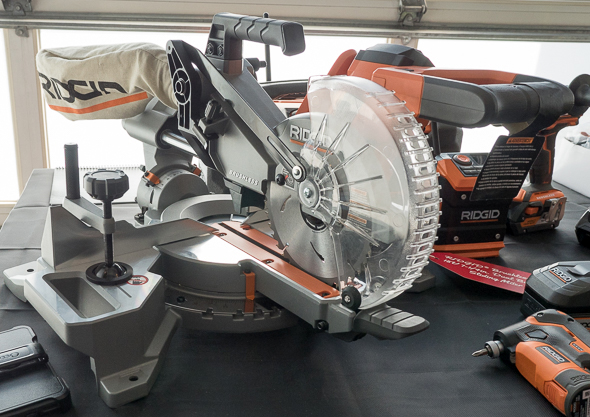 I recently had the opportunity to drool over the new Ridgid 18V cordless brushless miter saw.

TTI’s Jason Swanson was kind enough to do a quick walkthrough of the saw on video for us, so please check it out. And yes, next time I’ll be better practiced and equipped with a handheld mic for better audio.

I’m like the idea that it’s a compact 7-1/4″ saw, rather than a larger one. Besides, if you want bigger, the new Milwaukee M18 Fuel cordless 10″ sliding miter saw, and Dewalt FlexVolt 12″ miter saws should be on your radar.

The 7-1/4″ size means the saw should have enough capacity for 2x materials, and for cutting trim and molding, at least flat. It also make the saw smaller, more portable, and presumably longer running.

I liked how compact it looked, especially the open top handle. 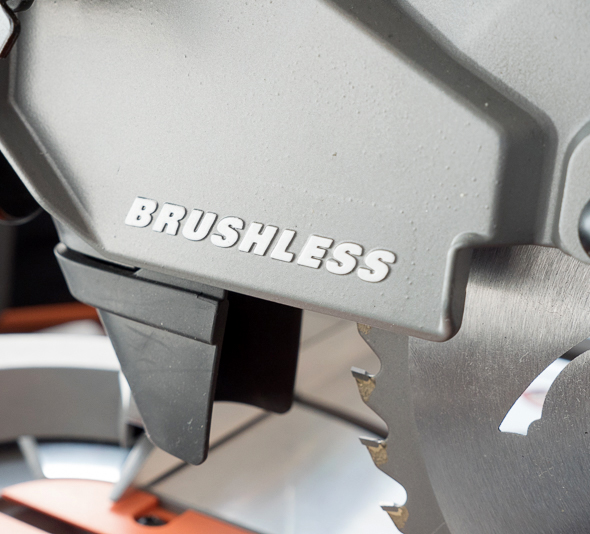 Oh yes, and it’s powered by a brushless motor too. Here’s why you should care: Brushless Tools 101. 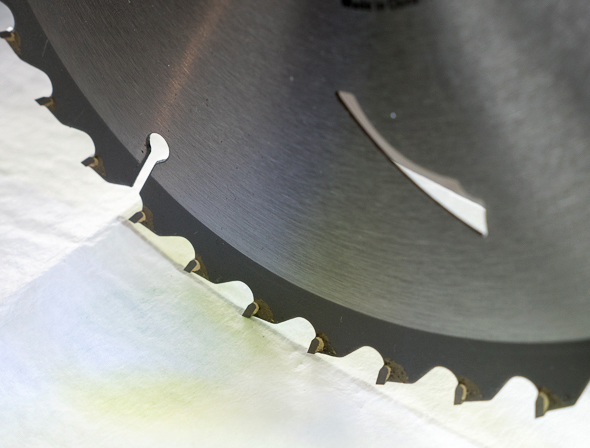 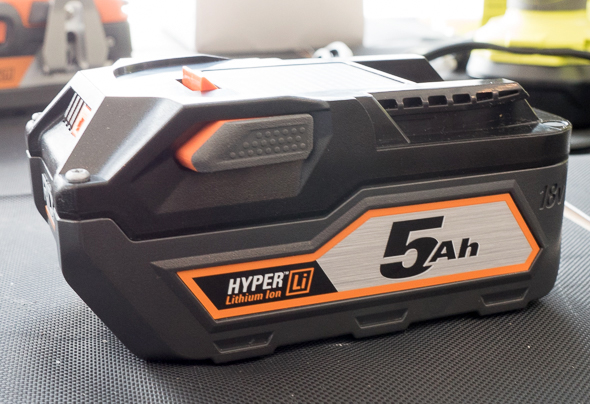 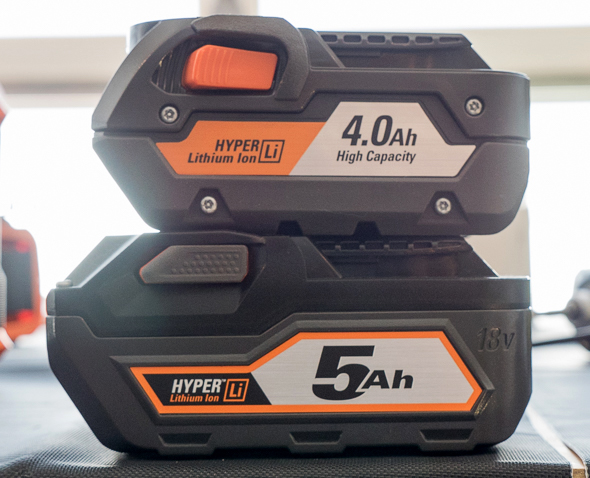 The new 5Ah pack is actually larger than their 4Ah pack, as it’s engineered with larger battery cells. 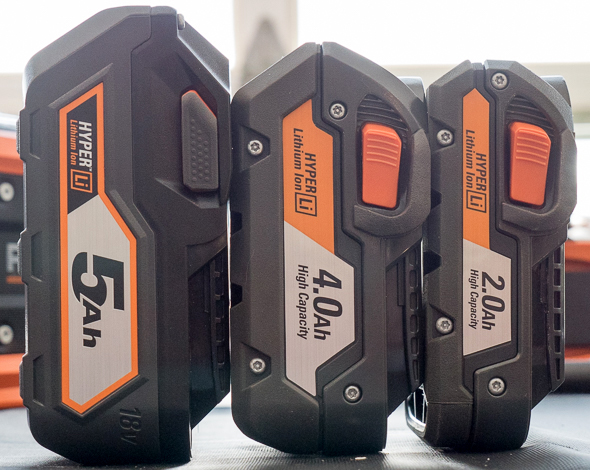 Here’s how the new 5Ah battery compares to 2.0Ah and 4.0Ah battery packs.

The new Ridgid 18V 5Ah battery pack should be backwards compatible with existing 18V tools (it’s unclear as to whether there might be some exceptions), and my guess is that it was designed to power this and other high performance tools we have yet to catch a glimpse of.

While part of me wishes that this was a 10″ saw, I do like the idea of the smaller form factor. And if the decision was whether to come out with a 7-1/4″ saw or another in-between size, I’m really glad they went with 7-1/4″.

Speaking as someone who works with many different types of materials, I can find 7-1/4″ blades almost as easily as 10″ ones.

Here’s a Diablo non-ferrous blade, for example. 6-1/2″ blade selection is better than it was, but there’s not much specialty blade selection between 7-1/4″ and 10″. For 8-1/4″ blade size, selection is pretty much limited to general purpose construction blades.

Besides, Dewalt’s 20V Max 7-1/4″ cordless saw has been working out great for me. No, it’s not big enough for all cross-cutting tasks, but I’d rather have a capable compact saw than a larger one that’s potentially underpowered at times.

I’m a little surprised that Ridgid’s new miter saw is being released at the same price as Dewalt’s cordless miter saw kit (also $399, via Amazon), although the Ridgid looked and felt solid. I didn’t have a chance to try it out or test for squareness, but it seemed like a well-constructed pro-grade tool.

I’m pretty optimistic about this new Ridgid 18V cordless miter saw, and am quite excited to see what other tools they have planned for the 5.0Ah battery pack.