ToolGuyd > New Tools > New Ridgid Pro Tool Box Catch-All Crate
If you buy something through our links, ToolGuyd might earn an affiliate commission. 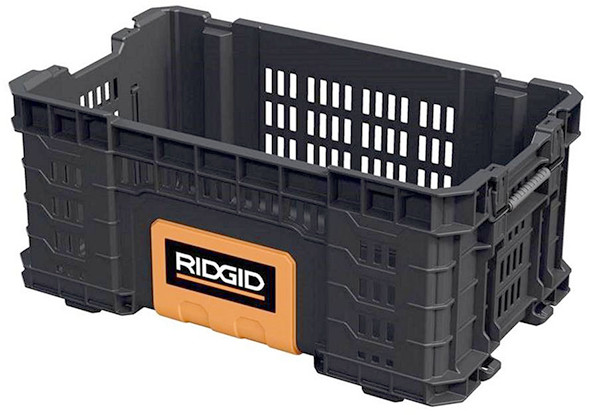 It was almost a year ago now when I discovered Ridgid’s fabulous Pro modular tool box storage system (check out that review if you haven’t already done so!). They’re great tool boxes – strong, versatile, and inexpensive.

A reader wrote in (thanks, Dennis!) that there’s a new addition to the Ridgid Pro tool box lineup:

Yesterday at Home Depot I came across a new member of the Ridgid Pro toolbox line. It struck me as useful, so I figured other readers might find it useful as well.

The new Ridgid Pro tool box is basically a crate-like catch-all that stacks on top of your other boxes. You can stack them together, and could also attach them beneath the top box of a taller Ridgid Pro stack so that the contents don’t spill out during bumpy or horizontal transport. 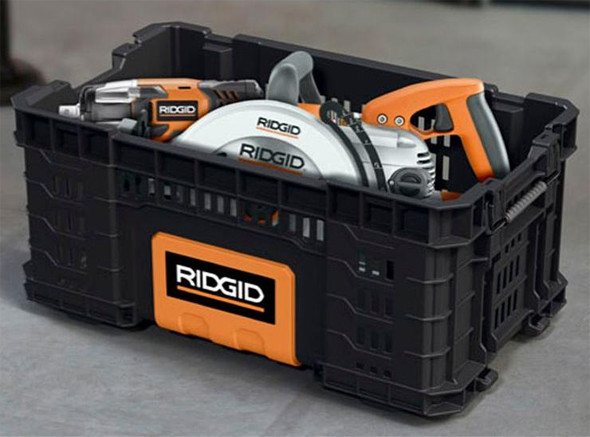 I’d consider it to be a catch-all, where you can dump extension cords, bulkier power tools, and whatever tools that you don’t want to Tetris-together into one of the lidded tool boxes. Well, except for small parts such as fasteners, as the crate does have holes in the side panels that smaller stuff can slip through.

Right now this looks to be available in stores only, and in limited quantities. And since it’s so new, you might have to ask an associate to bring them down from a top shelf.

Would You Buy This Dewalt ToughSystem Cooler?