ToolGuyd > Power Tools > Cordless > Ridgid Sues Milwaukee Over Cordless Power Tool Battery Patents
If you buy something through our links, ToolGuyd might earn an affiliate commission. 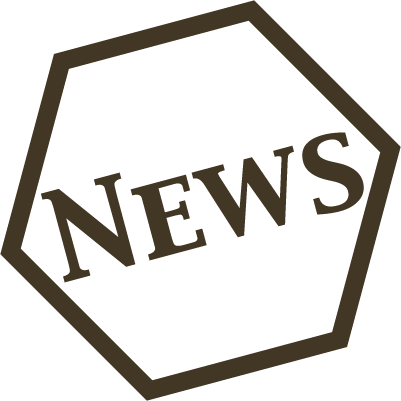 Aaron pointed me towards a news article (thank you!), which describes a new lawsuit between Emerson Electric and TTI.

To better understand the relationship between the two companies, TTI, or Techtronic Industries, owns Milwaukee Tool and several other tool brands. TTI has a licensing agreement with Emerson, allowing TTI to develop and produce Ridgid power tools, with this agreement going back to 2003. Emerson owns the Ridgid brand and markets tools under that label, mainly tools aimed at professional industries. Emerson also produces Ridgid wet/dry vacuums.

(You might want to check out this post: Tool Brands: Who Owns What? A Guide to Corporate Affiliations for more on the companies.)

The official complaint, which I couldn’t view due to a paywall, was filed in the Delaware District Court, with case no. 1:20-cv-00100. It was filed by the Ridge Tool Company (Ridgid/Emerson) against Milwaukee Electric Tool Corporation (TTI) and also Metco Battery Technologies.

Investor news channels are reporting that this is a pre-emptive lawsuit that aims to establish that certain Emerson/Ridgid cordless power tool charging technologies won’t infringe on patents held by Milwaukee Tool.

SeekingAlpha adds that Milwaukee had sent letters over the summer alleging infringement “particularly by Ridgid’s 18V and 12V Li-ion products.”

Ridge Tool is seeking a Declaratory Judgment, with the outcome to determine whether Emerson’s Ridgid developments are infringing upon Milwaukee Tool Li-ion battery tech patents or not.

This reads to me that Milwaukee alleged infringement, and Ridgid is seeking for a court to step in and declare that they are not infringing upon Milwaukee Tool patents. Basically, Ridgid filed their suit now, rather than finding themselves on the defendant side of an infringement suit.

It’s an interesting bit of news, but here’s what I’m wondering – is all this about existing Ridgid 12V and 18V Li-ion cordless power tools and technologies, or tools under development? OR, is it about existing Ridgid products and products Milwaukee has developed or been development that gave them reason to no longer ignore potential infringement? Milwaukee has been increasing their spread into traditional Ridgid tool markets, such as with their new MX Fuel drum machine drain cleaner.

To dig deeper, I paid the fee to access the 10-page filing.

Notable Details from the Lawsuit Filing

(Unfortunately I can’t link to the document, since it’s only available behind 3rd party paywalls or PACER via a fee.)

have become aware that Ridgid presently makes, imports, sells, or offers for sale certain lithium-powered battery packs for handheld cordless power tools, together with the power tools designed to work with such packs, that practice the technology disclosed and claimed in the Milwaukee Patents.

The letter alleged infringement by:

a refusal to respond would leave us with no choice but to pursue other options to protect Milwaukee’s intellectual property rights.

Because of all this, Ridge/Ridgid believed that Milwaukee would have likely sued them if they didn’t agree to Milwaukee’s licensing demands.

It seems to me – and keep in mind I’m not a law professional – that there are several possible outcomes.

Will any of this affect TTI and Emerson’s Ridgid power tool and cordless power tool agreement? Probably not.

But why did Milwaukee issue notices to Ridgid/Emerson NOW? Their battery-powered tools are not new. For instance, consider the Ridgid RE 6 interchangeable-head electric multi-tool that came out in 2014, which looks to be kitted with the RD44693 2.0Ah battery pack that is included in the infringement allegations.

It seems highly unlikely that Milwaukee’s patents will be under any serious threat of being invalidated. Milwaukee has sued and presumably won suits against other cordless power tool brands. I haven’t looked up their litigation history, but the fact that some other brands’ Li-ion power tool batteries are covered under Milwaukee patents suggests that licensing agreements are in place.

Why is Ridge seeking to have a court settle this matter? What is at stake here – licensing fees, or is there more to it?

All of the details make sense, but the context is missing. Why did Milwaukee issue legal notices to Ridge/Ridgid only a few months ago? What is the bigger picture behind the timing? 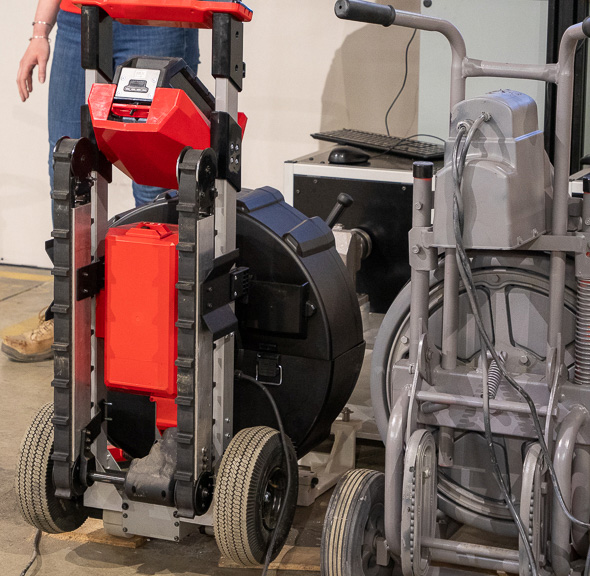 I took this photo of Milwaukee’s MX Fuel sewer drum machine next to a painted-over Ridgid corded model. Milwaukee and Ridgid are now direct competitors in a number of professional tool markets. Is Ridgid working on new cordless technologies in an effort to stymie any loss in market share to Milwaukee or other cordless power tool competitors? If that’s the case, alleging infringement and seeking a licensing agreement now, rather than waiting until the stakes are higher, could be considered a logical and strategic move by Milwaukee.

It will be interesting to see how this disagreement and the case will be resolved.