ToolGuyd > Hand Tools > Hammers & Mallets > Reader Question: Why do Today’s Rip Claw Hammer Suck so Bad?
If you buy something through our links, ToolGuyd might earn an affiliate commission. 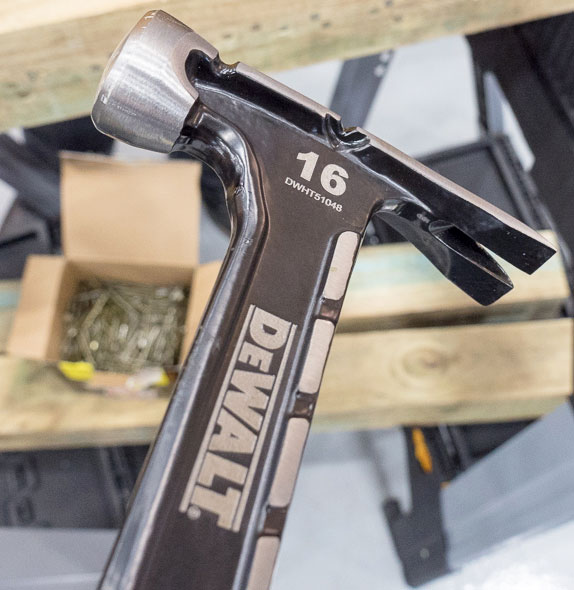 I had been combing through older emails (sorry everyone, I’m still waaaaay behind), and found a reader question, or rather a reader complaint, about claw hammers.

Paul’s question could also be considered a request. He basically wants hand tool brands to increase the durability of their hammers. Here, I’ll let him explain it to you:

I have not been able to find a straight claw framing hammer that will stand up to everyday use. Any ideas on a brand? I have been through Estwing (the classic) and recently a Dewalt 12 oz that “strikes like a 20 oz.”

All of them are junk.

-Claws that are forged too thick to get in between even dimensional framing lumber let alone something kinda thin. Forget about shingles or behind siding.

-Nail pullers that round out – in other words that don’t grab nails… defeating the purpose of a claw hammer.

I would love to be able to work with a manufacturer…..to solve this problem.

If you have any people to bug about this I would appreciate it cause I don’t necessarily like spending $40-50 on a “consumable” hammer.

Paul’s email came in before I wrote about the new Fiskars Isocore hammers, but the vibration-reducing designs might not address his main complaints. The Isocore hammers also look to have the same thick claws as other premium hammers.

I tried to pull out some nails with a rip claw hammer at least once before, and it resulted in a trip back to the toolbox.

I definitely see the appeal in there being a single tool that works well universally. But, is there such a hammer? 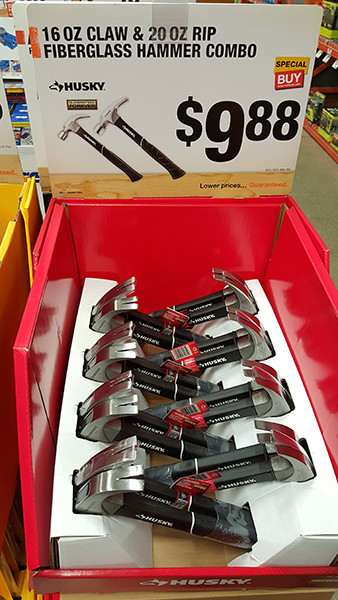 This brings to mind a Husky hammer combo bundle from this past holiday season. It came with a 16 oz claw hammer, for finish work and pulling nails, and a 20 oz rip claw hammer, for heavier hitting and demolition work.

If you’re a pro, which hammers would you recommend? Do you have a one-stop-shop type of hammer, or even just a favorite one-tool-does-most hammer?

I have never worn through a hammer. I certainly try out different sizes and styles (this is ToolGuyd after all), but I don’t think I’m the right person to give advice about this.

It sounds to me that most of Paul’s frustrations are about his hammers’ claws. He didn’t seem to have anything bad to say about the striking faces, although he did say that he hasn’t found a framing hammer that will stand up to everyday use.

While we’re at it, do you have any complaints about today’s hammers?

P.S. That image of the Dewalt hammer at the top of the page? I picked it somewhat arbitrarily, because it’s got a straight rip claw design.