ToolGuyd > Hand Tools > Knives > Ruike P801 Folding Knife Review – the New King of Budget Blades
If you buy something through our links, ToolGuyd might earn an affiliate commission. 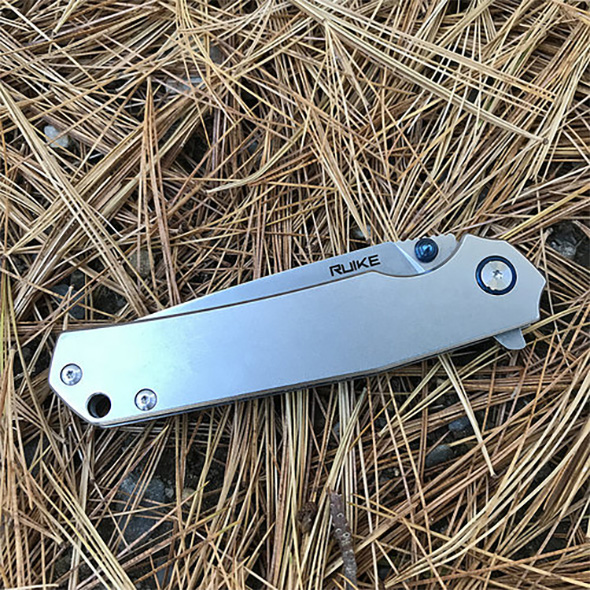 The production knife market has gone crazy. It used to be a rare knife that cost $300. That knife, more often than not, was the much-vaunted Chris Reeve Sebenza. Now, $300 knives are common. At that price you might be hesitant to really use your knife, but as a tool, leaving $300 on the shelf seems silly.

Part of the force driving the price of knives north of $300 is the steel. Another factor is the complexity of design. Many of the new $300+ knives are titanium framelock flippers—a design that requires a bit of tuning on each blade and real attention to the knife’s pivot. Often, these high end knives run pivots that use a race of captured bearings to both smooth out the opening and make the pivot more stable. All of this individual attention costs money and drives up the price of a knife.

But as with all new technology, eventually prices come falling down. In 2017, two different knives were released that had many of the bells and whistles of high-end blades, both at budget prices.

One was the LA Police Gear-exclusive TBFKS35VN. The other was the Ruike P801. (Ruike, pronounced “Rike,” is the knife brand sibling to Fenix flashlights; both the torches and the blades are made in China). While the TBFK runs better steel, the P801 is the better knife, slimmer and more EDC friendly. It also happens to be one of the best budget knives on the planet. Here is why.

First, despite its $30 price tag, Ruike P801 is quite well made.  Every cut is clean and every edge is chamfered. 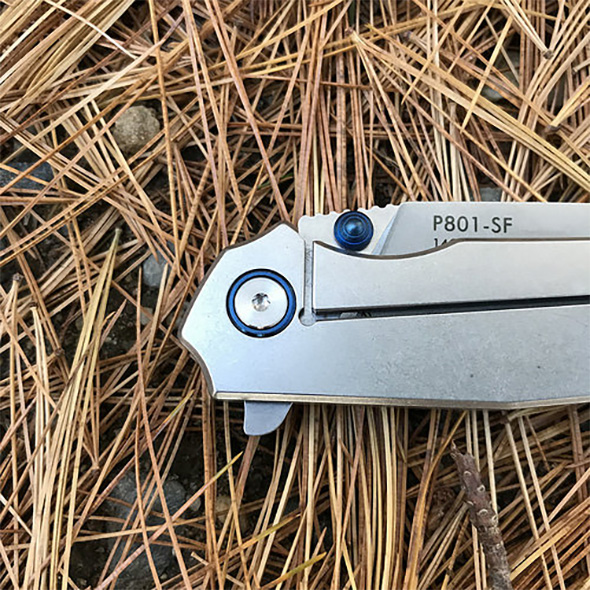 A check of the IKC (Internet Knife Community) shows that there are some issues with centering, but for the most part people found the knife to be well made. My personal P801 is flawless. The P801 also runs a captured-bearing pivot, giving you snappy and fast deployment via a well-shaped flipper tab.

The blade steel is Sanvik’s 14C28N, an excellent steel but a small step down from powder metal steels found on $300 blades. The blade shape, a simple drop point, is great, as is the full flat grind. Finally, the P801 is a slim knife. The blade is a bit longer than average, coming in at 3.5 inches, but the knife is thin and narrow. As a result the P801 carries like a much smaller knife, easily less noticeable than something like the Spyderco Delica. 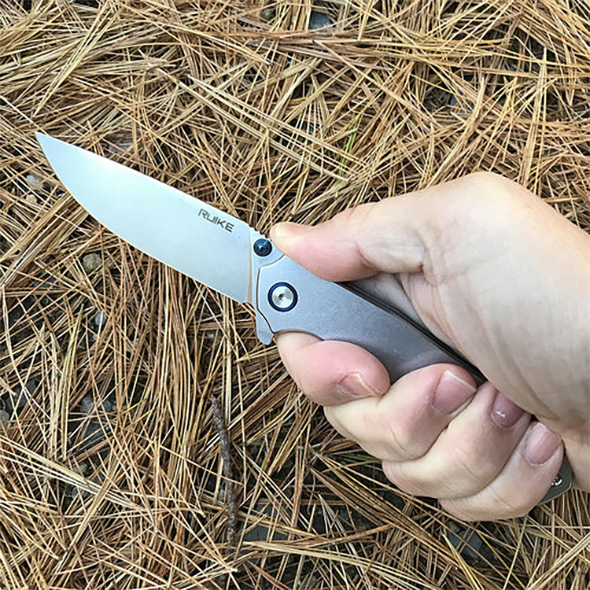 The P801 comes in two finishes—a bright stainless steel or a coated stonewash which results in a worn in gray-black appearance. The knife saves pennies by using a non-powder steel and stainless steel scales instead of titanium, but beyond those two minor compromises, this knife compares well to blades costing ten times as much.

If you want a practically-priced framelock flipper with a lot of the features found on much pricier knives, the P801 should be on your list. It is an excellent knife, so good that I don’t even have to use the common budget knife descriptor “for the money.”