ToolGuyd > Power Tools > Cordless > Ryobi 18V or Corded Hybrid LED Cable Light (Hands-On)
If you buy something through our links, ToolGuyd might earn an affiliate commission.

Ryobi has come out with a new One+ Hybrid LED cable light, model P785. The hybrid part means that you can power it off of a Ryobi 18V battery pack or standard 3-prong extension cord.

It’s a rather uniquely designed worklight, with daisy chained lamp heads. Each lamp head has an adjustable support clip, which gives you flexibility in how you position and aim them.

The lights are dimmable, but not individually. Each one is connected one after the other, with 10 feet of cord between them. And don’t worry about the power cords being completely unmanageable, as there are 3 cord wraps to keep things in check. Each cord wrap has a mounting hook, allowing it to carry the weight of the cord between lamp heads. 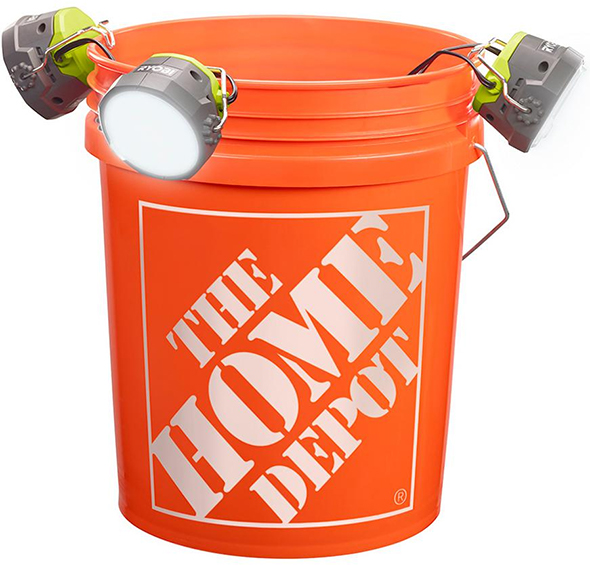 The lamp heads are pretty small, and easy to work with.

Thanks to Rob for the heads-up! Rob had previously shared some feedback about the new Ryobi glue gun, and there are some great reader comments and feedback as well.

Ryobi sent over a test sample, and I’ve started to explore its potential.

I was surprised at first, that each light is connected to the others. The product images make it look like the Ryobi Hybrid LED cable light has 3 individually connected and controlled lights, but that’s not the case.

While it might be too much to ask for individual brightness settings, there would be benefits to having all three having independent on/off controls.

But on the other hand, having them all connected in series, with a single button for on/off and brightness settings control, the LED cable light is easy to operate. And, going by the product specs, you get around 30 feet of range, from the power station to the final lamp head.

It’s a somewhat simple system, with no surprises and a modest price point.

It makes perfect sense too, and is the kind of product that has me praising the creative minds designing new cordless power tools for Ryobi. You essentially get 3 LED worklights, and can power them from a single battery pack or AC extension cord. 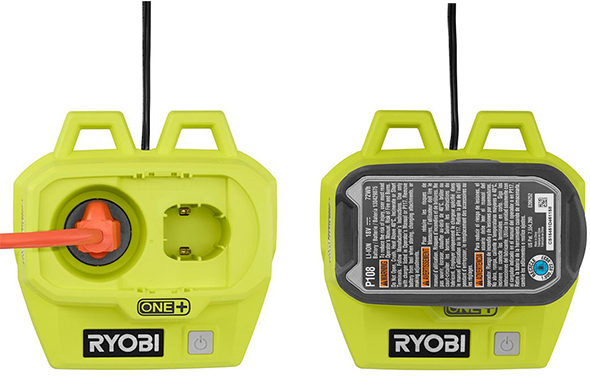 The power base station has 2 keyhole-style mounting slots on the back. There are also 2 loops that might allow you to hang it from rope or hooks, but there’s no clear explanation in the manual

Each lamp head has 3 LEDs, and while they’re bright enough for me to see that there are 3 individual LEDs in each lamp head, the diffusion seems to work quite well at evening out the illumination.

It’s an interesting system, to say the least. It’s as if Ryobi’s product engineers are designing new cordless tools for their own hobbies, projects, and needs, and that’s a good thing.

There seems to be some “hacking” potential, too. If I have a chance I’d love to explore the possibility of replacing the tamed-but-still-sometimes-unwieldy power cable with modular or pluggable cables. Instead of 10 feet of cable between each lamp head, how about a coiled cable?!

Update 1: The power and dimming switch cycles through the different brightness levels each time, meaning that you have to cycle through the settings even if you want to turn it off.

Thank you to Ryobi for providing the review sample unconditionally.