ToolGuyd > Hand Tools > Sears LOSES Patent Infrigement Case with Loggerhead Tools over Craftsman’s Bionic Wrench Rip-Off
If you buy something through our links, ToolGuyd might earn an affiliate commission. 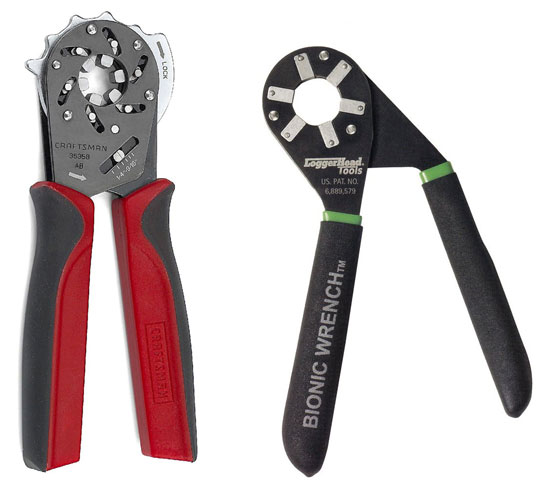 Earlier today I posted about what’s happening between Sears and TTI over a Craftsman power tool supply dispute.

Sears’ CEO had harsh words yesterday about One World, the TTI subsidiary that they work with, and later in the day a lawsuit was filed against the supplier.

In trying to search for the complaint itself, I came across this other bit of news: Loggerhead Tools has issued a press release announcing their $6 Million win in a patent infringement lawsuit against Sears and Apex Tool Group.

Wow. So a day after Sears sues a supplier for wanting to renegotiate a supply contract that would “unilaterally” benefit themselves, it’s announced that Sears has lost a patent infringement lawsuit against one of their former vendors.

This headline by a Chicago paper says it all: Sears ripped off local tool maker, jury rules.

From the Loggerhead Tools press release:

On May 12, a Chicago jury found that Sears and Apex willfully infringed all of the asserted claims of LoggerHead’s patents and that each of those claims is valid.

The jury awarded LoggerHead past damages in the amount of $5,979,616. The jury further found that both Sears and Apex willfully infringed LoggerHead’s patents, and based on that finding LoggerHead will petition the court to enhance damages up to three times the amount of past damages against both Sears and Apex, and will also seek prejudgment interest, attorneys’ fees, and a permanent injunction forbidding future sales of infringing products.

This was unexpected, in my opinion, but I’m not an expert on patent law.

One cannot help but see the irony in all this. Just yesterday Sears’ CEO ranted about and then sued a supplier they alleged is trying to screw them over, and today it came to light that earlier in the month Sears lost a years-long lawsuit over Sears, Craftsman, and Apex Tool Group screwing over a small USA tool company.